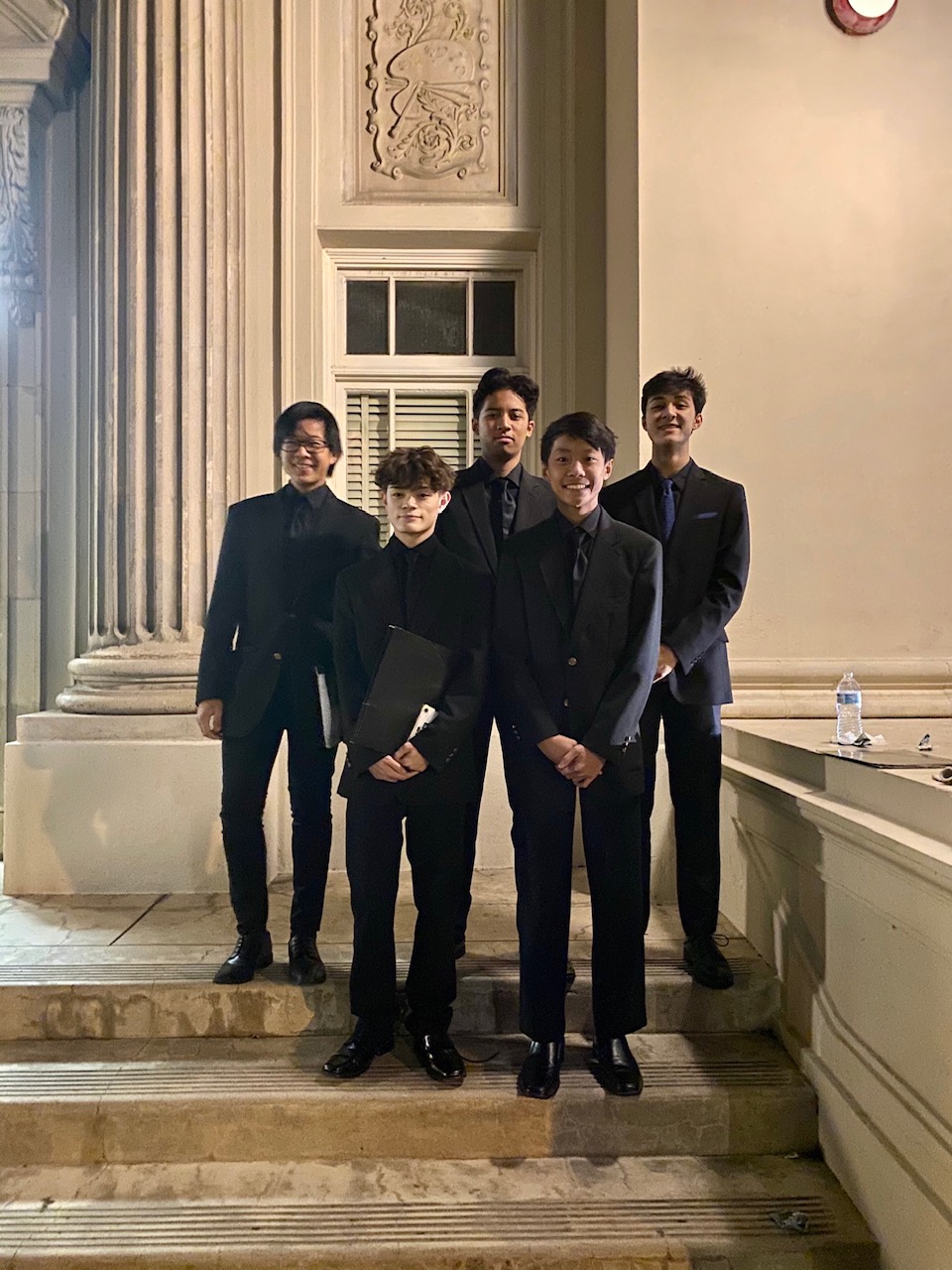 Juniors Nolan Call, Matthew Miller, and Radja Putro, sophomore TJ Chang, and freshman George Hong Sheng auditioned in September and spent the following weeks preparing their pieces at home, before practicing as a big group for two days leading up to the concert.

The choir brings together the finest high school singers from the entire LA County to perform under the direction of nationally and internationally known conductors. Approximately 600 students audition and only 250 are selected for three choirs mixed with tenor, bass, alto, and soprano.

Students auditioned by performing an italian aria, musical scales, and assessments of sight reading and tonal memory. The recital included a mix of classical movements and more modern tunes in the indoor chapel at Redlands College.

“I think [the regional choir] was just a great experience to interact with other people who are in choir,” Miller said. “It was great to be in a large community [of singers].”

Miller and Hong-Sheng were also selected to be in the California state choir, which will perform in Fresno next year in February.