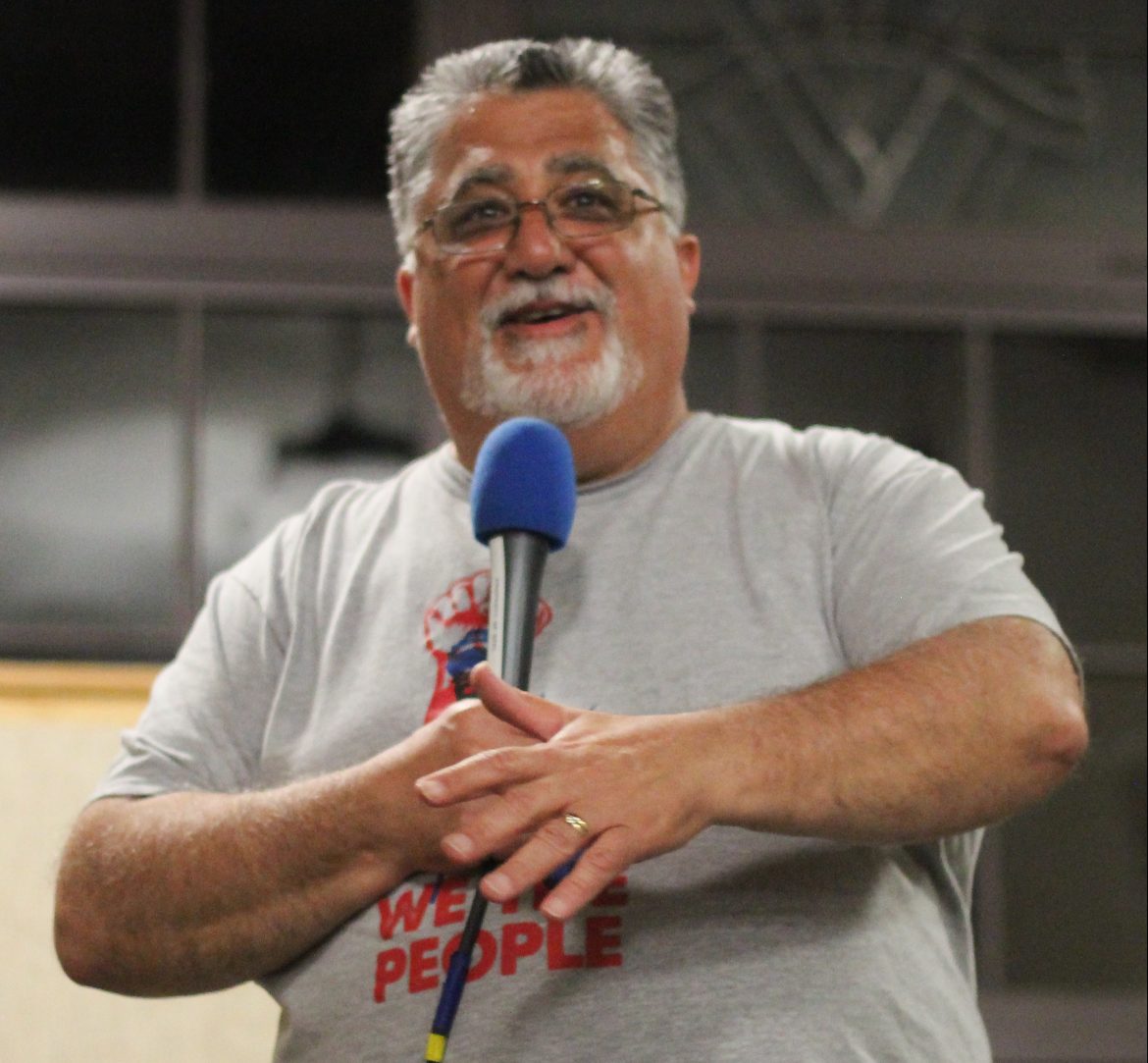 State Senator Anthony Portantino set a casual tone for the event, dressed in a t-shirt depicting a raised fist and the phrase, "we the people," underlining his progressive positions.

California State Senator Anthony J. Portantino spoke to South Pasadena residents at a town hall event Wednesday night, October 18. Constituents of the 25th district gathered in the South Pasadena Public Library community room to engage in dialogue with the state senator. Portantino was the third state legislator to be hosted in this format by the South Pasadena Democratic Club.

Supported by staff members and guest panelists, Portantino fielded a wide variety of topics from audience members—from the 710 freeway to workplace cultures of sexual harassment to education and funding.

Each attendee was greeted with an index card to submit a query, as well as three handouts. One, aptly named “California’s Progressive Agenda,” detailed the legislature passed by the state. Another listed ways constituents can take action, and another was a list of the seven bills Portantino sent to Governor Jerry Brown’s office in his 2017 term. One bill close to his heart, SB 565, was based off a family member’s experience with the bureaucracy of mental health facilities.

Wearing a “We the people” t-shirt and tennis shoes, Portantino set a casual tone for the event. He began the event with some examples of his work during the past year. One of his most notable achievements includes closing the open-carry loophole and helping to ban the practice outright in California. In the next bill cycle, Portantino plans on pushing legislation to limit all firearm purchases to one per month, instead of the current system limiting only handguns.

Tanya Parker and SPHS students Ava Planer and Luke Quezada served as guest panelists, reading Portantino the questions submitted by audience members. Each facilitator was chosen for their involvement in community affairs; Parker is a co-founder of South Pasadena Indivisible, Planer is the president of the local YMCA Youth and Government delegation, and Quezada is vice chair of the South Pasadena Youth Commission.

“It provided our residents with an opportunity to intersect with candidates that represent them, but who they don’t always get face-to-face time with or a chance to ask questions,” Democratic Club President Zahir Robb said.

Girls’ golf leads the first round of the Montview playoffs