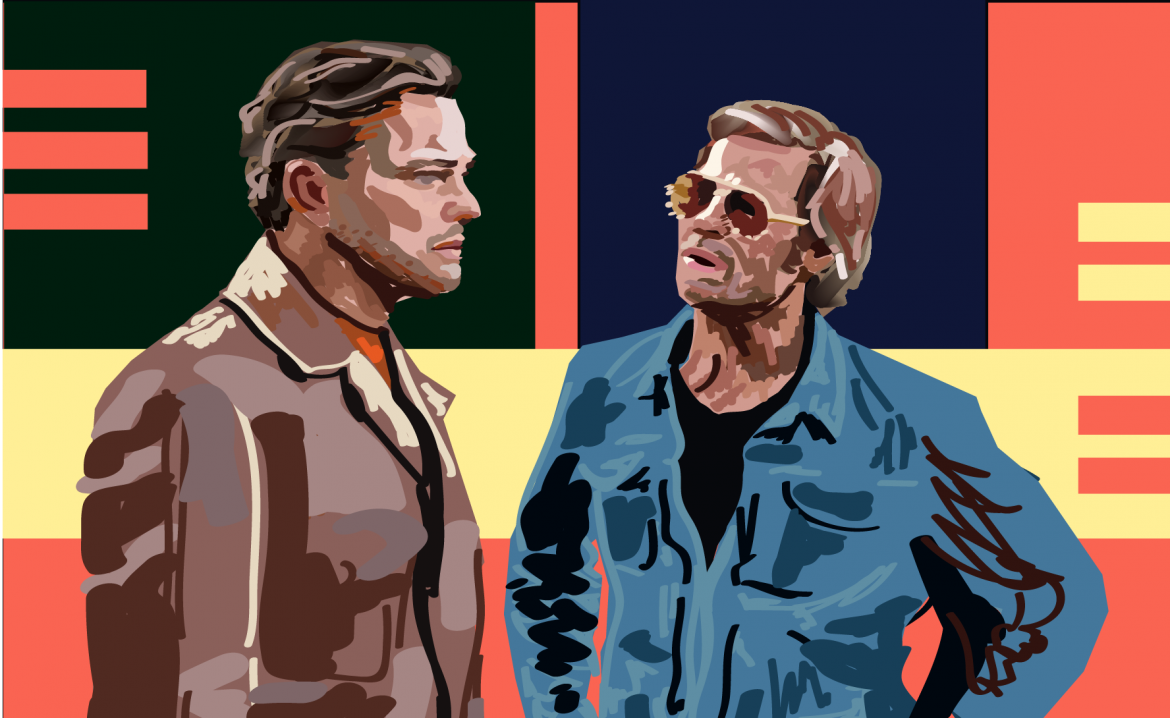 A love letter to 1960s Hollywood, 'Once Upon A Time In Hollywood' rewrites history with its reimagined Manson murder story.

From Pulp Fiction to Inglourious Basterds to Django Unchained, Quentin Tarantino has captivated audiences with his tightly woven stories and unique sense of humor. The writer-director, decorated with numerous Academy Awards and Golden Globes, has cemented himself as one of the top filmmakers in the postmodern industry. Tarantino’s ninth film, Once Upon A Time In Hollywood, assembles an all-star cast and a distinguished production crew, but an aimless script and sluggish pacing prevents the film from reaching its full potential.

The film is filled with 1960s nostalgia; from busy L.A. streets to a small desert shack, Once Upon A Time In Hollywood teleports viewers into the color tinted era. The movie barely has an original score, but every few minutes, Tate or Booth turn on the radio, blasting songs from the late 60s. Visually, Tarantino masterfully incorporates innovative camera movement and film blocking to produce beautiful long takes. He seamlessly strings establishing shots into the scenes with wide pans and clever angles.

Although Tarantino excels at engaging the audience, be it with subtle comedy, heart-pounding tension, or masterful cinematography, Once Upon A Time In Hollywood is a frustrating movie. Each scene is packed with witty dialogue, but many overstay their welcome and never develop into a major part of the narrative. In the almost three hour film, Tarantino finds time to show Booth feeding his dog for five minutes and Tate taking a leisurely stroll around L.A. Once Upon A Time In Hollywood is also a mashup of two undercooked and vastly different concepts. The first two acts follow Dalton’s arc and then the third act quickly shifts gears to a reimagined Manson family murder. The individual storylines are intriguing and fun, but Tarantino is never quite able to weave it all together.

Still, outstanding cast performances lift the film’s quality. While DiCaprio perfectly sells Tarantino’s comedic lines, Pitt is given a wide range of scenes and nails every single one of them. The duo’s performances create likable leads, Robbie is fantastic as the innocent Sharon Tate, and Margaret Qualley, Austin Butler, and Dakota Fanning all deliver chilling performances as Manson family members.

With pacing and direction issues, Once Upon A Time In Hollywood fails to live up to Quentin Tarantino’s previous films. However, this visual and acting masterpiece, full of laughs, is still one of the best movies this summer.