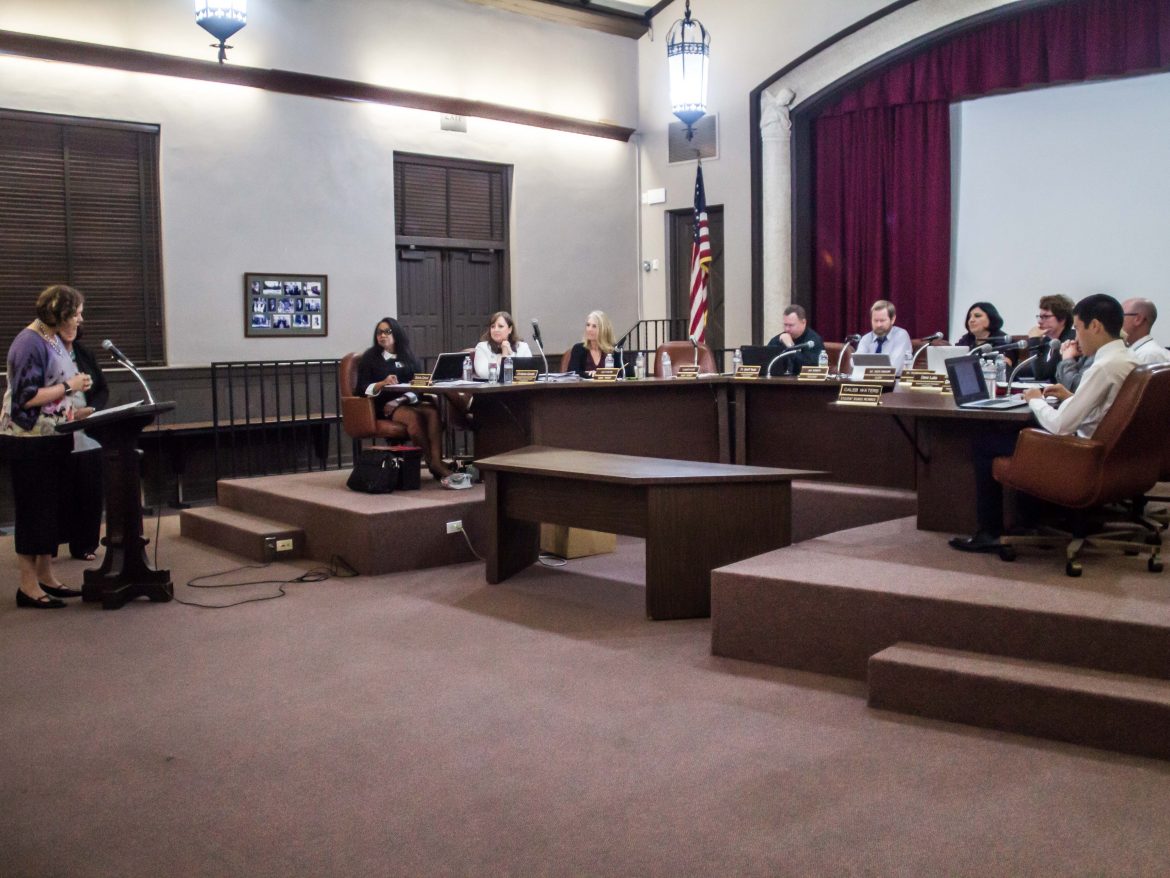 South Pasadena parents requested the extension of the district’s elementary level Spanish and Mandarin dual-immersion (DI) programs to the middle school during the monthly school board meeting Tuesday, Oct. 9.

Numerous parents with children currently in the elementary schools’ DI programs advocated for the program’s expansion during the meeting’s public comment section, suggesting methods such as the introduction of parent advisement groups and board liaisons to aid in the addition of DI to the middle school. Parents also referenced the educational success of the programs, both in developing knowledge of the language and culture.

“I’ve seen my son grow up through it,” parent Jorge Chan said. “It’s really been amazing to see how these kids have taken to the language and all of the hard work they have put into it.”

The DI program was first formed during the 2015-2016 school year as a solely Spanish program at Monterey Hills. During the 2016-2017 year, a Mandarin program was introduced in Marengo. Both programs are available for qualifying resident kindergarteners, both native and non-native speakers. Immersion classes increase the percentage of English learning as grade level increases, starting with 90% Spanish or Mandarin content to 10% English in kindergarten and ending with 50% focus in both areas by the fifth grade.

Resident Carrie Inciong expressed her appreciation for the elementary schools’ DI programs, comparing South Pas to other districts such as San Marino, who have yet to implement such classes.

“I felt like I won the lottery,” Inciong said. “I don’t have a $2 million home in San Marino… but my child is getting an education that parents in San Marino can’t give their children.”

Board members Suzie Abajian and Michele Kipke requested that further discussion regarding the extension of the program be tabled until a later board meeting. Before then, the board will contact representatives from the Burbank and Pasadena school districts, as both have successfully implemented DI programs to their middle schools, for insight on the logistics of the extension.

The board is scheduled to reconvene at the Meet the Candidates Forum in the District Office Board Room at 7 p.m. on Tuesday, Oct. 16 in anticipation of the November 6 school board election.