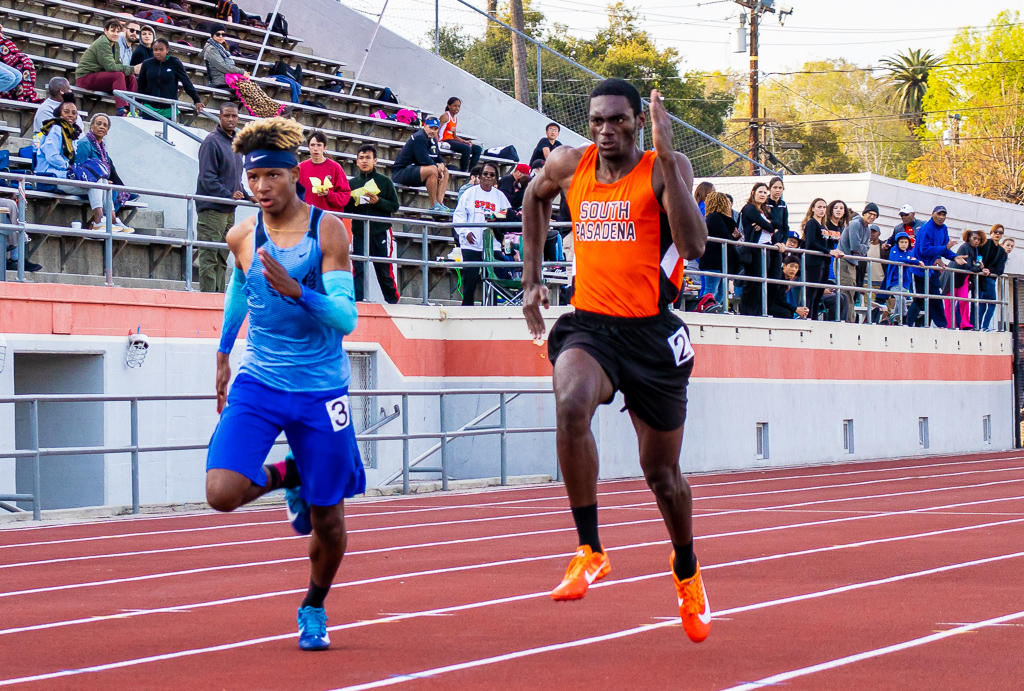 The Tiger track team performed admirably against the stiff competition.

Track and field teams from all across Los Angeles County made their way to SPHS’ Roosevelt Field Friday, March 22nd to compete in the Pasadena Games Meet. Several Tiger athletes shined amongst the competitive field, most notably junior triple jumper Tianhao Wei.

Wei matched his career best with a 47’6’’ jump, matching the school record he set last year at the CIF Masters meet. Wei, who was out for the last two weeks with a hamstring injury, took first place in the triple jump and second in the long jump. Senior Ashley Hugasian won the girls’ triple jump with a 34’07.5’’ leap.

Senior Christina Taylor set a personal record in the girls’ 200 meter race, finishing in 25.54 seconds to place second. Sophomore Ella Leeson was also competitive in both the girls’ long jump and 100 meter dash. Leeson finished third in the 100, and took second in the long jump with a 16’05.5’ jump.

The Tigers will resume Rio Hondo League action on Wednesday March 27th, when they will host Monrovia in a dual meet.