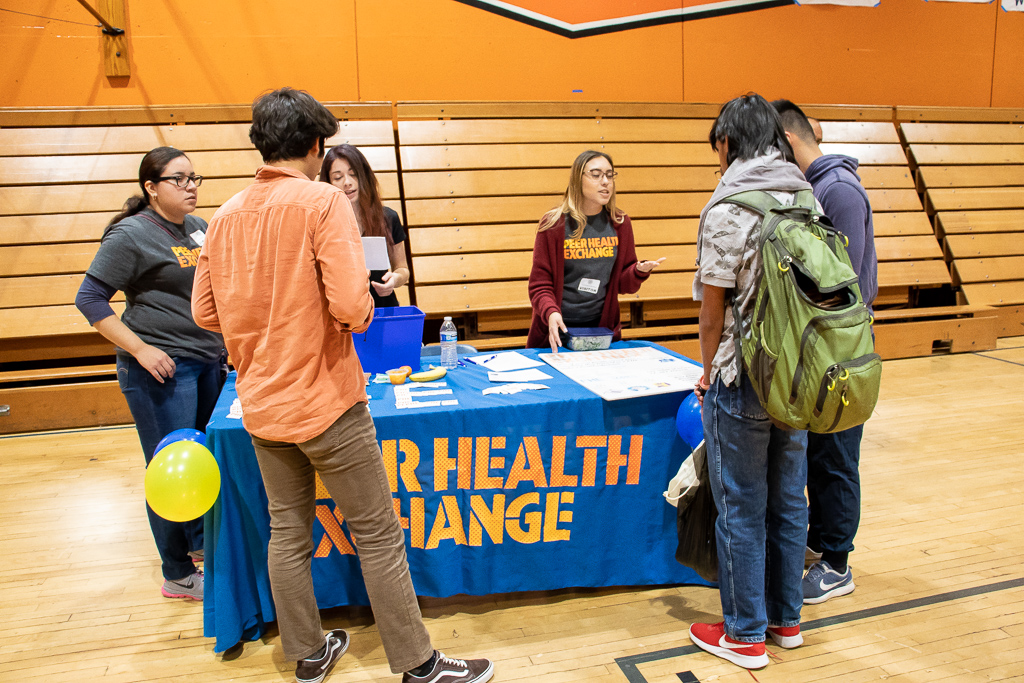 Dozens of booths lined the SPHS main gym during lunch for Tiger Medicine’s second annual health fair, Friday, Mar. 15. The fair invited health experts to help educate students and staff on how to take care of themselves mentally, physically, and emotionally.

The event had approximately 20 local organization booths set up within the gym. In addition to giving students guidance about health, the booths also had free giveaways, ranging from drawstring bags to water bottles.

Red Cross, one of the most popular booths, distributed handouts and raised emergency awareness about what to do in the event of an earthquake or fire. Planned Parenthood was also another frequently visited booth, which promoted safe sex and protection against unplanned pregnancies. Other booths, like the YMCA, encouraged physical fitness as a way to stay healthy.

“The fair taught me many things that usually aren’t talked about in our academic classes,” sophomore Sienna Chen said. “For mental health, I learned that many times we are inhibited by barriers that only exist in our heads, and if we let those negative thoughts fall away, then we will be able to see how much we can accomplish.”