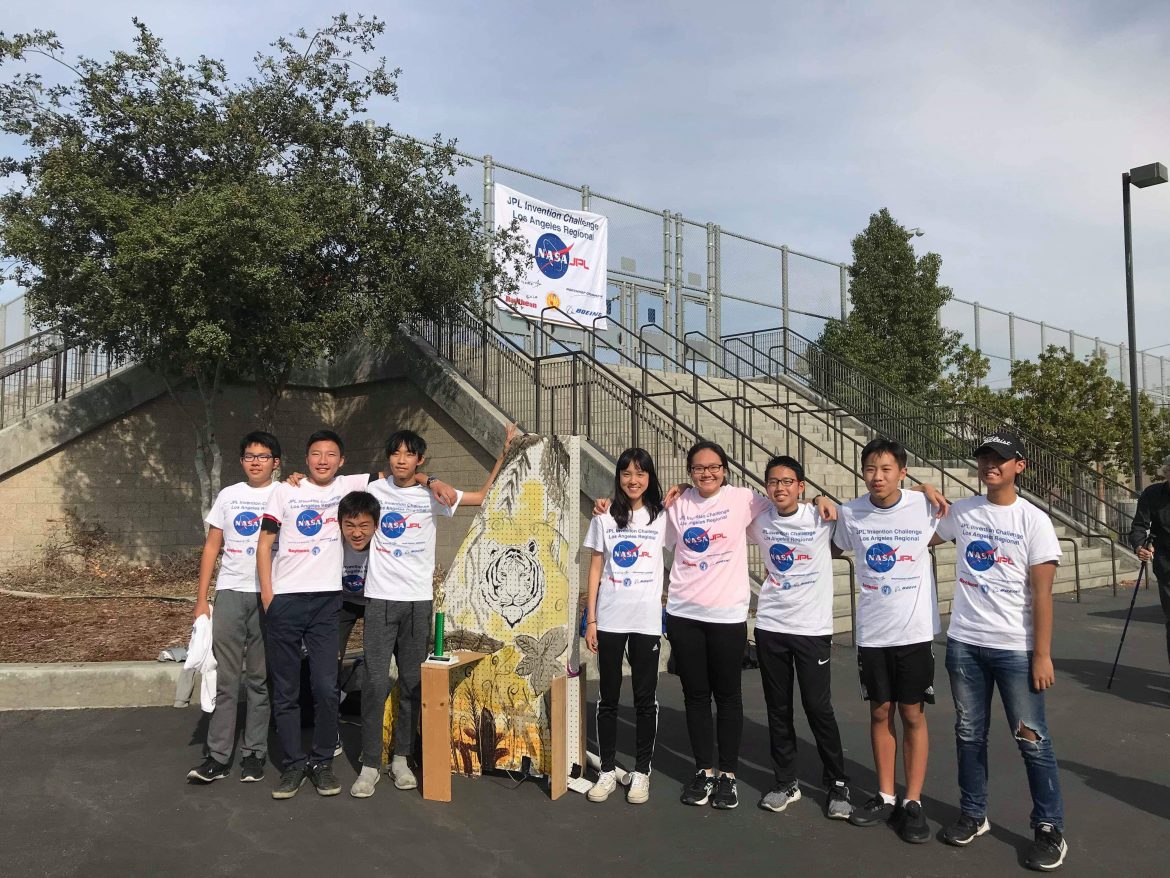 The SPHS Jet Propulsion Laboratory (JPL) team, “Log_rhythm,” placed 11th in the annual JPL Invention Challenge finals on Friday, Dec. 14, becoming the first South Pas team to compete in the final round. The team was awarded the Most Artistic award for their unique Tiger illustration on the side of the device.

JPL arranges a different challenge each year, hoping to engage students in math, science, and engineering. This year’s task, titled the “Upright Pipe Contest,” challenged teams to create a mechanism that could position a free-standing plastic pipe into a vertical position atop a small platform in under sixty seconds. At finals, the team performed the task in 4.63 seconds falling short of placing in the top three.

The team often had problems with bringing the pipe into the correct orientation while working on the project, and had to frequently modify the mechanism details. Many times the pipe would be brought up successfully, but rested on the walls of the device, instead of standing perfectly upright.

“Log_rhythm” performed the JPL Challenge task in 4.07 seconds in the regional round this year and obtained third place, allowing the team to advance the final contest at CalTech University.

“I am very amazed at how close-knit and collaborative the team is,” team leader junior Dana Lin said. “Because our team devoted a considerable amount of time to the project and continuously strived for perfection during construction, I regard our received honor in the contest as a well deserved one. It was a true witness of our hard work and seamless collaboration.”