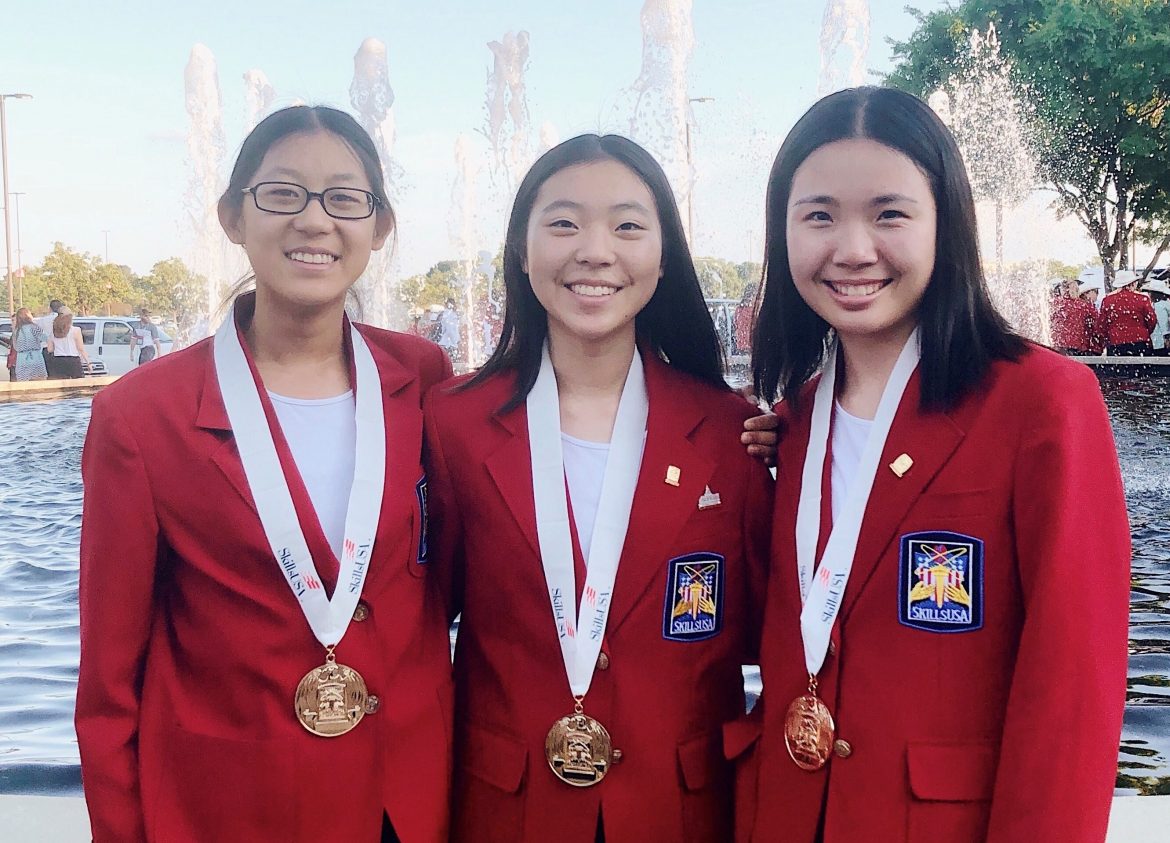 This year, eight South Pasadena High School students advanced to the national competition. Students participated in competitions ranging from computer programming to carpentry, each testing their technical and leadership skills.

The SPHS chapter has earned two bronze medals and one silver medal at the national competition after six years of competing in the SkillsUSA program. Chow, Lee, and Zhang made SPHS history with their first place position in the Occupational Health and Safety category, marking the chapter’s first-ever national gold medal.

“These girls figured out what it takes to get gold,” advisor Ms Sandra Matson-Fennell said. “They didn’t sit back after each competition and constantly improved their project. They reached out to judges, asked questions, and consistently improved. Those girls were self-driven.”

The student team has participated in SkillsUSA program for two consecutive years, earning a silver medal at the 2018 Career Pathways Showcase state competition. This year, the team created a scrapbook for the Occupational Health and Safety Multiple Project competition, highlighting the health and safety programs, activities, and events on their school campus. The team were then evaluated based on the planning, organization, and quality of the scrapbook, beating out eight other state gold medalists.

“Luyang, Talulla, and I have worked on our scrapbook for the competition for the last couple of months and we spent a lot of late nights working on it, but we didn’t really expect to win gold,” Lee said. “Being named the best in the nation was amazing and we were all really excited and surprised at the same time. We were also proud to represent South Pasadena and California, and bring home that gold medal.”

The team will enter their scrapbook into another competition, the National Safety Council Youth Safety Awards Program, in August.