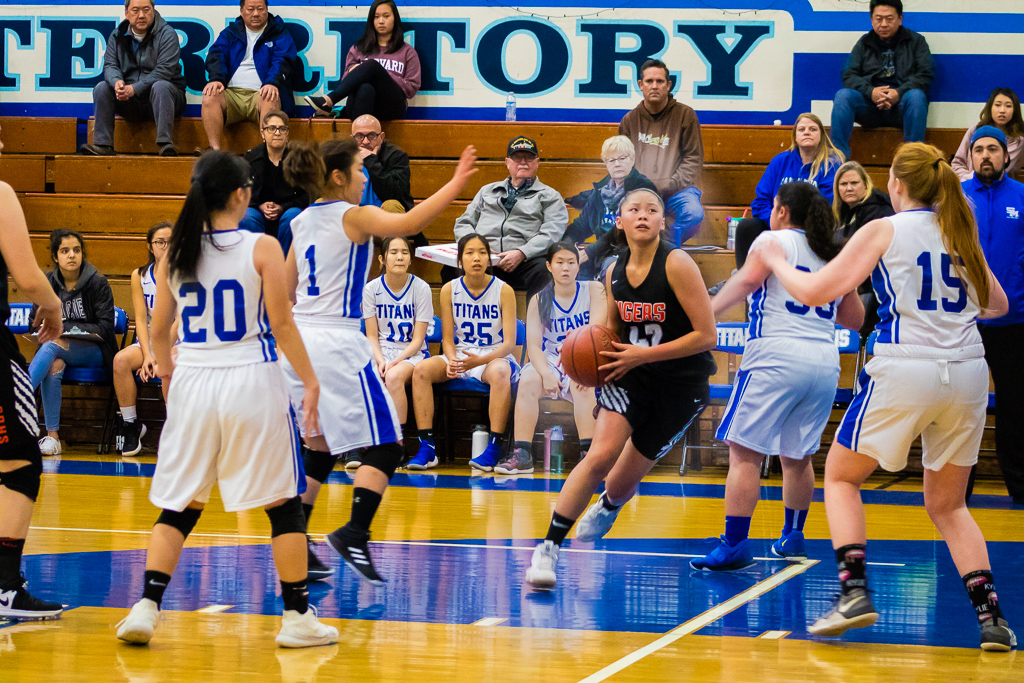 A scrappy, physical player, Tse led the Tigers in rebounds (7.0) and steals (2.1) per game last season.

Before jumping into the water, rising sophomore Allysan Tse focuses her body, both mentally and physically. As her fingers break the surface, there is nothing but her and the water, as all of her distractions and worries wash away. Tse doesn’t swim to defeat others; she aims to beat herself and become a better swimmer each time she competes.

Tse possesses outstanding athleticism and has excelled in sports since kindergarten. At age six, she broke the Southern California record in the fifty meter free stroke, a breakthrough for her swimming career. Ranked top eight in the nation when she was 10 years old, Tse has competed in many prestigious events across the country. Her talent has translated into high school competitions, where she’s dominated in the 100-meter freestyle stroke and 200-meter individual medley. In her freshman season, she broke a 21 year-old record for the 100-meter freestyle stroke with a 53.47 second time.

In addition to being an excellent swimmer, Tse is also a basketball star. With 11 years of experience, she earned herself a spot on the varsity basketball team as a freshman. Tse is a versatile player with a unique blend of speed, strength, and skill that allows her to play almost every position, while her high motor and relentless attacks impact the game beyond the stat sheet.

Tse looks up to her father, whose outstanding high school basketball career has inspired her to follow in his footsteps. When he was growing up, he didn’t have much in his life — not even a good pair of basketball shoes — but he had a burning passion for basketball. Her father devoted all his free time to the court and won the Best Defender award at Eagle Rock High School.

“He’s given me really good work ethics and taught me that hard work pays off,” Tse said. “He made me believe that anything I set my mind to, I can do.”

Swimming and basketball are two distinctly different sports and balancing them can be very difficult. Although she desires to dominate in both, Tse is more committed to her swimming career. She hopes to earn a scholarship in swimming for college and having already participated in the Junior Olympics, Tse is determined to compete in the Olympics in the future. But wherever her swimming career goes, she will tackle challenges with poise and spirit. As she touches the water and reaches an atmosphere where all her coaches and supporters disappear, Allysan Tse knows she is the best athlete she can be.