Top Posts
School board to hold emergency meeting to review...
City council postpones height limit increase and creation...
D.A.’s office to investigate fake, online identities
Teachers voice concern over adopted learning models
Community may get a chance to vote on...
SPUSD outlines plans for distance learning during the...
Anti-Zionism cannot be equated with anti-Semitism
Anything goes?
L.A. complies with statewide protections and improvements for...
LARPing: an activity to experience the game beyond...
Home News SPHS secures second place at “Math Day at the Beach”
News

SPHS secures second place at “Math Day at the Beach” 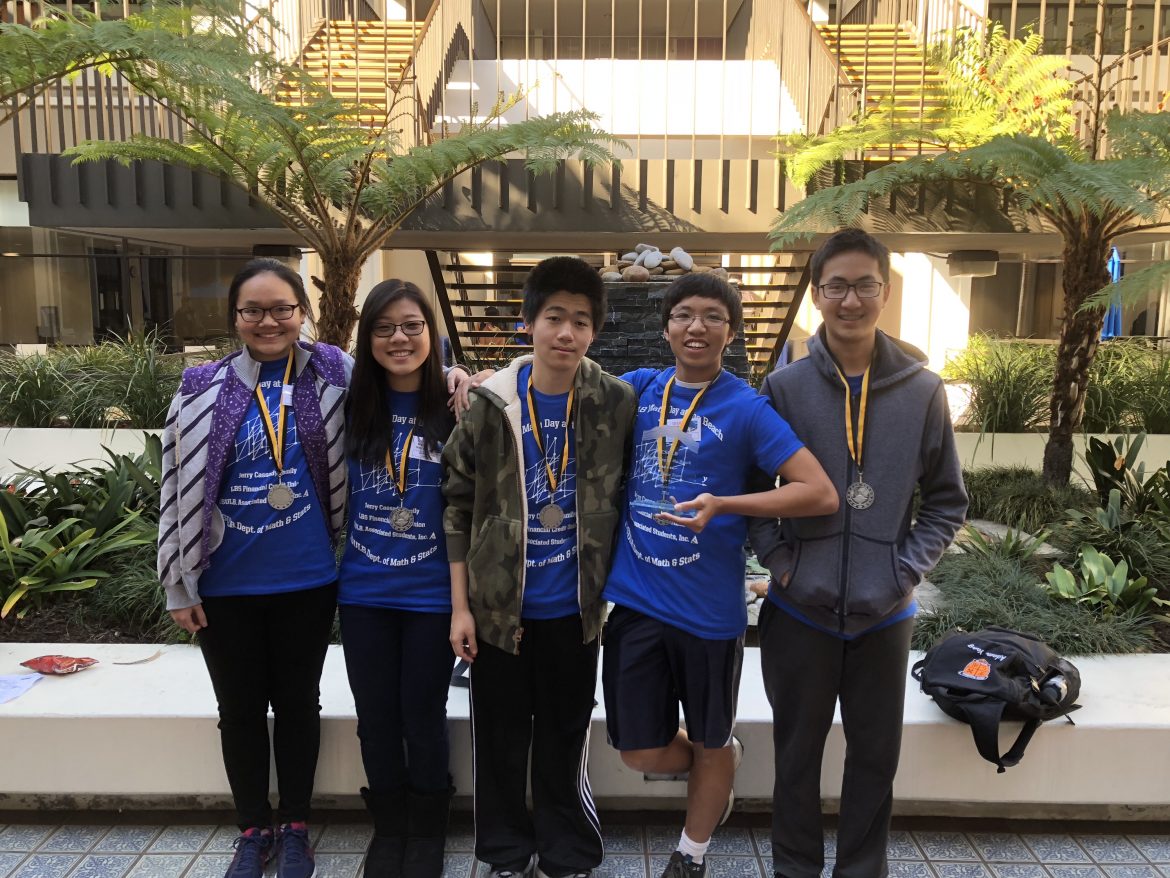 SPHS’ “Math Day at the Beach” team placed second at California State University Long Beach (CSULB) on Saturday, February 24. The competition invited schools from Southern California to bring a team of six for a day of problem-solving and “camaraderie with university mathematics students and professors.”

The event was hosted by the CSULB Math Department and spanned the whole day, presenting contenders with a variety of problems from all mathematic subjects. Throughout the day, students participated in individual and team competitions. The South Pasadena team (senior Bethany Chen, juniors Kai Dettman, Michael Xiong, and Jiamin Xu, and sophomores Adam Yang & Dana Lin) defeated nearly every other team––including rival San Marino––to take second.

The SPHS team has participated in the event in previous year, but this is the first time the team has placed.

Questions in the individual round were largely focused on “emphasizing creative thinking rather than computational skill,” and most questions were pulled from a variety of high school level math topics.

The team will become part of next year’s Division A, which consists of the top ten teams from this year’s competition.