An SPHS family: the Wielengas 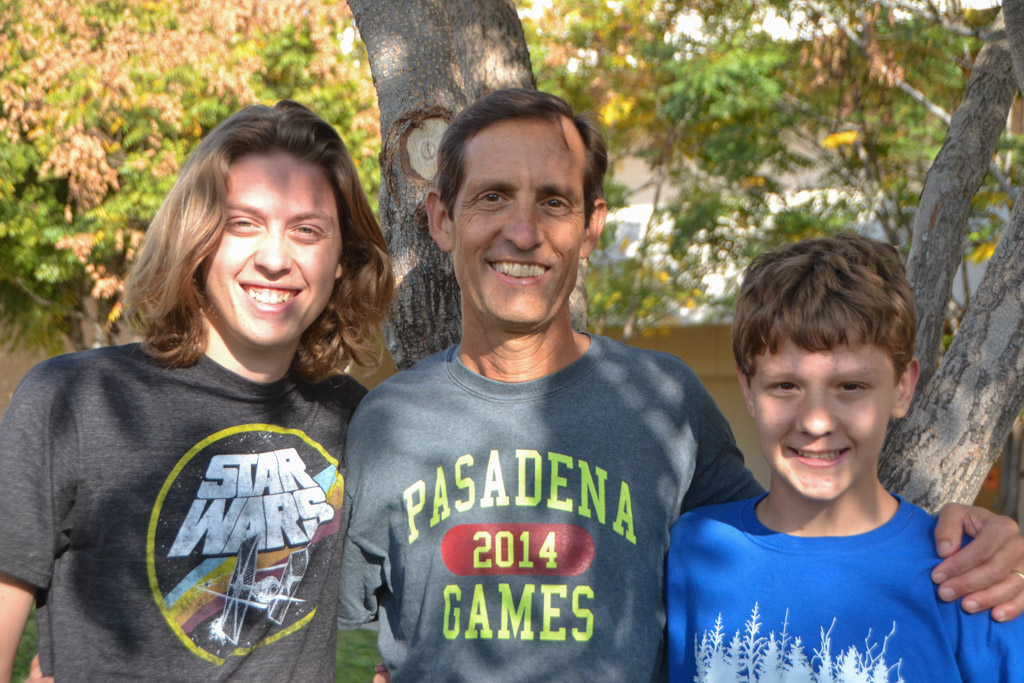 Don Wielenga teaches Environmental Science, passionate about the outdoors. His two sons Jacob and Pieter, a senior and freshman at SPHS, both run, taking after their father.

It is not uncommon to see a Wielenga or two jogging down El Centro Street, as all three of the Wielenga men are involved in the cross country program in South Pasadena. Jacob and Pieter are each runners on the SPHS team while Mr. Wielenga used to be the high school cross country team’s head coach up until 1999, as well as the middle school team’s coach until very recently.

Don, Jacob, and Pieter Wielenga are each notable figures around the SPHS campus. Mr. Don Wielenga is the AP Environmental Science teacher, faculty advisor of numerous clubs around campus, and organizer of the annual senior Yosemite trip. Jacob is a senior runner on the Cross Country team and President of the Dungeons and Dragons Club on campus. Despite only being a freshman, Pieter has already made his mark as a cross-country runner and the Homecoming Court as the freshman class’ pick. Although the Wielengas have each made an important impact on SPHS during their time at the school, the family’s life extends far beyond campus.

Spending time outdoors is a tried and true activity for the family. Whether it is a day hike, camping, or their annual backpacking trip, Wielenga-style outings favor authentic experiences in mother nature rather than large resorts or long plane rides.

“We go backpacking every year. We have been doing it since [the boys] were born. Jake went when he was only eight weeks old,” Mr. Wielenga said. “We always go to different places and most of the time it is with other family members or friends as well.”

From playing music in multiple neighborhood bands, to throwing parties on Halloween and Thanksgiving, or even just watching movies as a group, the Wielengas take time to be together as a family. They reside in Altadena with their dog Wilson and their five lively pet chickens: Brownie, Sunshine, Midnight, Moonlight, and Henrietta.

When it comes to seeing their father around school, Jacob and Pieter say that there is a sense of normality about the situation. For Jacob, even accidentally overhearing complaints about the workload in his father’s class has become a regular occurence.

“People complain a lot,” Jacob said. “They will be complaining and then they’ll realize that I am there and I’m like ‘It’s fine. I complain [about classes] all the time.’ It’s usually just general stuff like ‘I don’t want to do all of this work. Why do we have to do this?’”

Despite Mr. Wielenga’s environmental science background, home life for the boys is not filled with lectures on sustainability and conservation. Aside from the family’s eldest child Maaike, (who is currently studying environmental science at UC Davis) neither of the boys share the extent of their father’s passion for the environment. Other than a compost pile and an emphasis on buying goods with less packaging whenever possible, home life for the Wielengas is not much different from any other family.