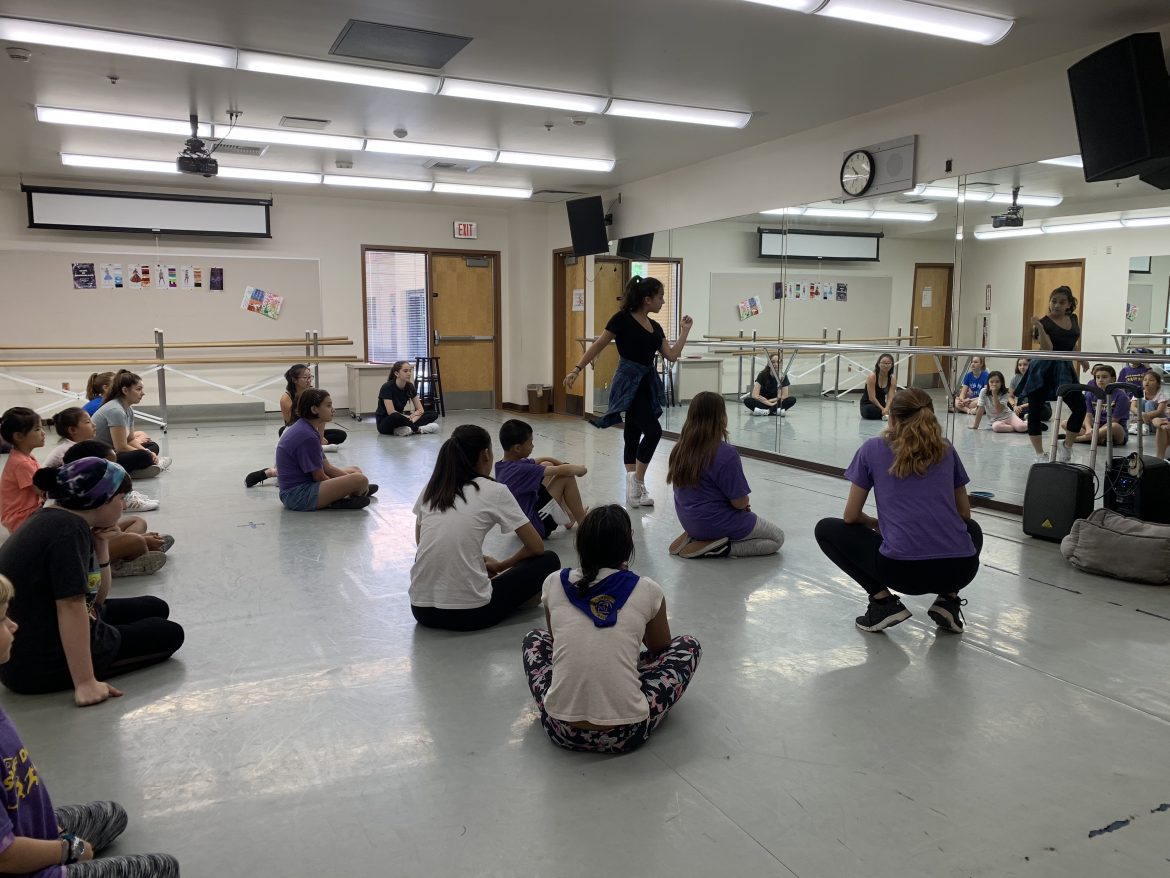 SPEF first implemented the program to broaden dance within South Pasadena with a feeder system, consisting of connections with SPMS and elementary schools. This system emulates that of the music and theater departments’, allowing the “feeding” of students directly from middle to high school and the respective programs to further expand. However developing the dance program’s feeder system is planned to be a long-term project.

SPEF approached high school dance teacher Courtney Cheyne with the opportunity to start one. This year’s camp brought back many former participants, as well as further integrated SPHS dance program members into the community.

“When they sent the roster over for this year, I remembered [a lot of them],” Cheyne said. “Half of the kids came back, and it’s just so interesting how different they are from last year to this year.”

SPHS students, along with some alumni, took active roles such as working as volunteers to mentor the younger students. Some volunteers had the opportunity to lead a class, such as junior Rachel Serwin, who taught hula dance throughout the week. Volunteers at the event combined years of experience in their respective repertoire with an environment designed to keep participants engaged.

“They all learn really fast and it was great to see how they picked up what I was teaching them,” Serwin said. “They always had something cool to say and were really excited to be there.”

Cheyne has other plans for the dance program this year, including getting the dance program at SPHS as an approved UC course this fall. If successful, the Advanced Dance program members who complete two semesters of the program will qualify for VPA credit, while beginner students in Dance I and II will continue to receive P.E. credit.

The dance department plans to continue the program next year and to adapt the camp as they go, building an enriching and fast-paced environment to keep kids moving and engaged.