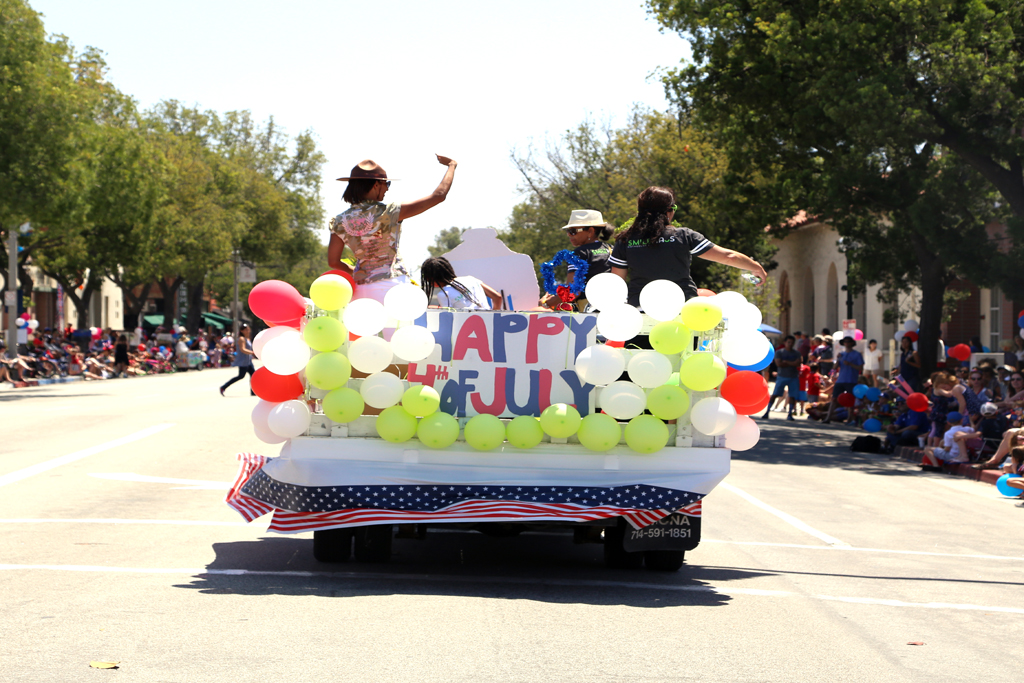 The parade’s opening ceremony took place at 10:30 outside of the public library and included a flag ceremony conducted by local boy scouts as well as a performance of the national anthem by the South Pasadena Minuteman Band.

“I get all [emotional] when I watch the boy scouts carry the flags,” parade announcer Lin Vlacich said. “[The parade] shows a community spirit that’s rare, and brings different segments of our community together.”

This year’s parade competition was judged by South Pasadena High School alumni Justin and Bronson Pinchota and Brendan Durrett. Winners included the South Pasadena Dads Uniting Dads in Education and Service for the Judges’ Award, and Buddy Bison for the Theme Award. The Bison was chosen as the best representation of this year’s Festival of Balloons theme, “One Hundred Years of the National Park Service, Celebrating our Urban Forest.”