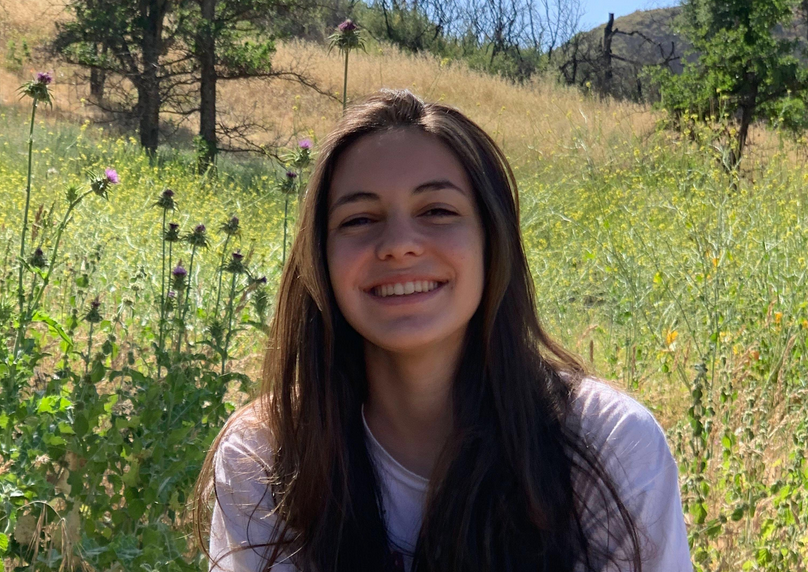 Garcia is an stream of joy and creativity, constantly surprising even the people closest to her with her artistry and imagination.

Sophie Garcia has a habit of selling herself short. The humble SPHS alumna has been thoroughly invested in visual arts as well as SPHS’ track and field team, though many of her accomplishments go unnoticed by her peers. From the neon green dragon painted on her bedroom wall to her stunning Talent Show performance of poi dancing with lit-up weights on strings, Garcia is an endless stream of joy and creativity, constantly surprising even the people closest to her with her artistry and imagination.

The South Pasadena native found her creative niche in the community at a young age. Her interest in art stems from her experiences at Space Arts Centers during its years on Mission Street, beginning her experimentation with a plethora of art mediums such as simple pencil sketching, ceramics, sewing, watercolors, and an emphasis on mixed media (she jokes, “I used to make a lot of candles. That was a phase”). She admits that she and her mother converted an entire room of their house into an “art room,” filled to the brim with metal pieces, yarn, fabrics, paints, anything and everything that Garcia can use in another project. To her, it’s about finding tangible objects that can be combined to convey the most intimate of emotions.

“Right now, I’m working on a piece that’s going to be a face surrounded by all these knick-knack toys that I found from my childhood, in rings of green and red and a bunch of other colors. I usually base my pieces around what colors I want to use and the mood I want to set, so I’m going for more playful colors that remind me of childhood and that carefree feeling.”

Recently, Garcia was one of eight SPUSD students whose artwork was chosen to be shown in a virtual student art exhibition by Narrative, a boutique creative agency in the San Gabriel Valley. The gallery is a selection of artwork by students in the San Gabriel Valley that expresses their views on the current global pandemic. Garcia’s work, titled “Dream Feathers,” is a mixed media piece that she created using scraps of paper for individual feathers on top of a colored pencil drawing. She recounts the piece being inspired by her dream of turning into a bird with colorful feathers. Garcia is fascinated with the vividness of her dreams, and has chosen to explore the emotions she has in her dreams for her sustained investigation topic in AP Art.

A woman of many trades, the upperclassmen is also a very skilled and dedicated track and field athlete. For all four years of high school, she has run for the SPHS team and competed in a number of events, including the high jump, pole vault, triple jump, and hurdles. This year, Garcia earned the rank of the varsity girls team captain. She proved herself to be a capable and dedicated leader; even while she was sick, Garcia found the time and energy to show up and run high jump practices with the frosh-soph team in the absence of their coach.

“Track was my way of getting integrated into the school community. I’ve met so many amazing people and made great friends, and I just love being part of the team. Getting to be their captain this year was really satisfying and I wanted to be as big as an influence on the underclassmen as the past captains were to me.”

Garcia is an athlete and an artist, but the people close to her know that she is much more than what’s on paper. People are naturally drawn to her endlessly cheerful disposition and her ability to never take herself too seriously. Garcia’s compassion and creativity will continue to help her thrive next year at the University of Washington, where she will study environmental science and look for ways to develop her creative talents even further.