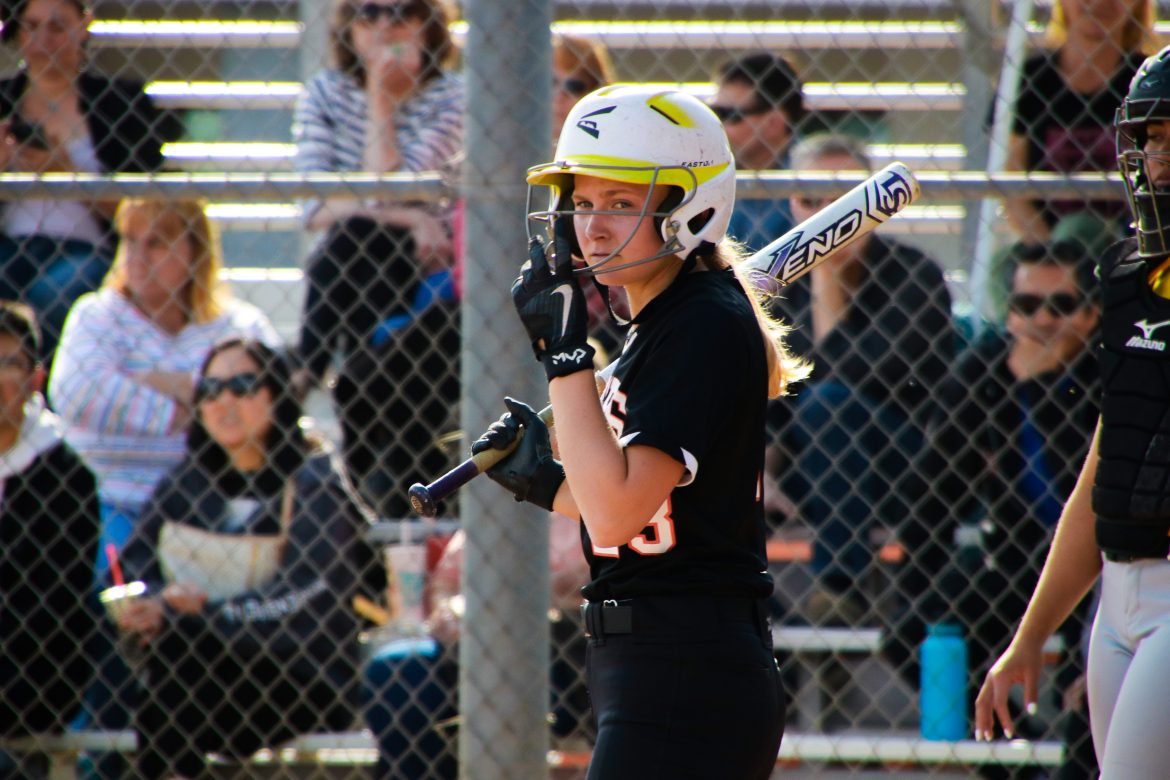 Softball sits at an 0-7 league record after falling to the Rams in six innings.

The varsity softball team suffered a 17-0 home loss against the Temple City Rams on Friday, Mar. 28. Regardless of the Tigers’ tremendous effort, they were not able to substantially compete with the ruthless Rams. South Pas now drops to 0-7 in league play.

The Tigers faced tough competition against the competent Ram batters. In the first inning, they struggled to defend three impeccable hits which each eventually transcended into conceded runs. Nevertheless, sophomore outfielder Kate Buckley caught two hits in the outfield, appearing as a catalyst in the effort to strike out the Rams. When the Tigers returned to the field a second time, they brought with them a newfound sense of cooperation, preventing the Ram batters from reaching first base, and striking them out in minutes. Junior pitcher Stella Benton led the way, striking out numerous Ram batters in the second inning.

Up to bat, the Tigers struggled to gather the courage to combat Temple City’s forceful pitcher and dynamic infield, leaving them in a three-point deficit with minimal base players that could have potentially compensated for the score gap. This struggle continued in the third inning, as the Tigers could not prevent numerous Ram runs. At this point in the game, the score was 8-0, and South Pas appeared to be losing hope. The Tigers switched pitchers twice in this inning, signifying a considerable struggle.

The first glimpse of hope for South Pas appeared in the fourth inning, when sophomore Sarah De La O hit a long ball and made it to first base. Unfortunately, she was unable to score as the Tigers struck out a few minutes later. This slight achievement rooted more purpose within the Tigers, propelling them to cooperatively push against the strong Ram batters with enhanced force at the end of the fourth. However, their heightened aggression was no match for the Temple City batters, nine of whom surpassed the Tiger infielders and brought the score to 17-0. Once the Tiger’s went up to bat again, they did bring one player to third base, but unfortunately never scored a run.

The Rams outplayed the Tigers yet again in the fifth inning, but was only was able to obtain one run this time around, as Buckley put the inning to an early end with a superb catch in the outfield.

With such a large deficit, the Tigers were only given one more opportunity to bat as the mercy rule allowed; if they couldn’t score, the game would end, and if they did, it would continue for the remaining two innings. Although South Pas made a sizable effort, and sophomore Carissa Park made it all the way to third base, they were not able to seize the opportunity, putting the game to an early end.

South Pas is hoping to salvage for this loss in a road match against rival San Marino on Wednesday, April 10.