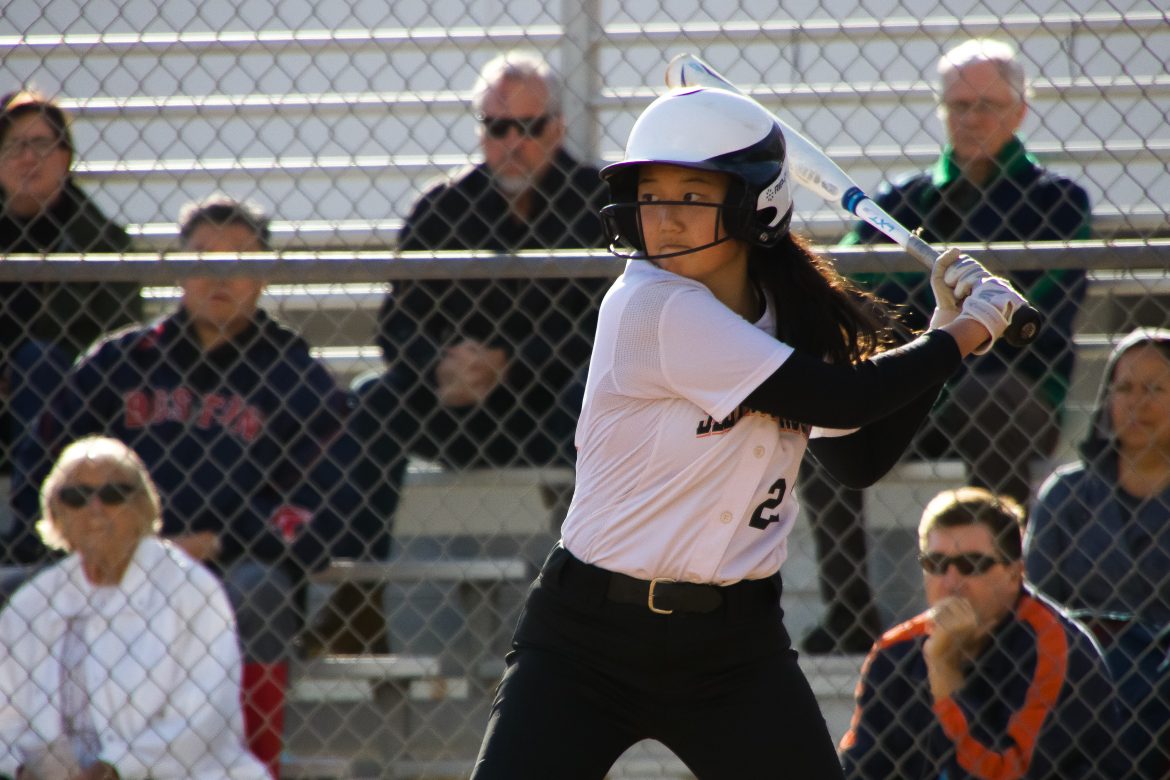 The Tigers jumped out to a quick 1-0 lead, but the Titan bats were to match to overcome.

The varsity softball team suffered a tough 8-2 home loss against the rival San Marino Titans on Friday, Mar. 16. The magnitude of the loss appears rather large, but the team showcased immense improvement on the field in comparison to Tuesday’s match against Temple City. This loss brings the Tigers overall league record to 0-4.

The Tigers had been rallying to battle their rivals all week, prefacing the game with much anticipation and excitement. However, the match started rather slow. The Titan pitcher lacked aggression in the early innings, yielding multiple free passes. Once the pitcher found her consistency, sophomore Carissa Park fought back with a line drive hit, scoring sophomore Sarah De La Oh, who was mounted at third base at the time. The RBI base knock gave the Tigers an early 1-0 lead.

In the second inning, the strong Tiger pitching kept the Titans batters on their toes without allowing them a single run. Yet with the Tigers rise in confidence, the tone of the game suddenly changed. The Titans revamped their efforts at the plate, dramatically bringing South Pas to a 5-1 deficit and increasing the games’ intensity.

If the Tigers wanted to compete with the Titans strong batting skills, they would need to match the competition themselves at the plate. Senior Katelyn Wooton brought the Tigers back into the game, hitting an impressive home run. Yet the excitement this brought did not last, as the Tigers went down quickly following the home run. This time around in the field however, they did not allow the Titans to pass them by. Excellent fielding and communication from junior shortstop Jewel Nguyen and sophomore pitcher Cameryn Pearson protected the Tigers from any additional score deficits. As South Pas unified its infield, however, so did San Marino. When the Tigers went to bat in the third inning, they put together some quality at-bats, but could not the holes in the Titan defense.

Neither team was able to score in the third or fourth inning, hinting at the heat and competition that seemed to be gaining ground in the match. Both teams were growing fierce in the field, and neither seemed to be backing down. Even though San Marino remained strong in the lead, it was still up to question how the game would finish as the teams presented a similar array of skills.

In the fifth inning, Nguyen and Park preventing quite a few Titan scores with their lockdown fielding. One strong batter from San Marino surpassed them, however, bringing the score to 6-2. When the Tigers came to the plate, they were fired up to break the deficit. This desire to score manifested as verbal support for all teammates stepping up to the plate.

The sixth inning drew parallels to the third and fourth as neither team managed to score and field aggression appeared immensely strong. In the final inning, San Marino scored an additional two runs, crushing the Tiger’s hope of combating their deficit, and similarly crushing their motivation at the plate. The score finished 8-2 at the end of the seventh, and although the loss may appear drastic, the team played more passionately and cooperatively than they previously have, previewing that the team may be able to immensely improve over the course of the season.

The Tigers are hoping to salvage a win in a home game against Monrovia on Tuesday, March 19.