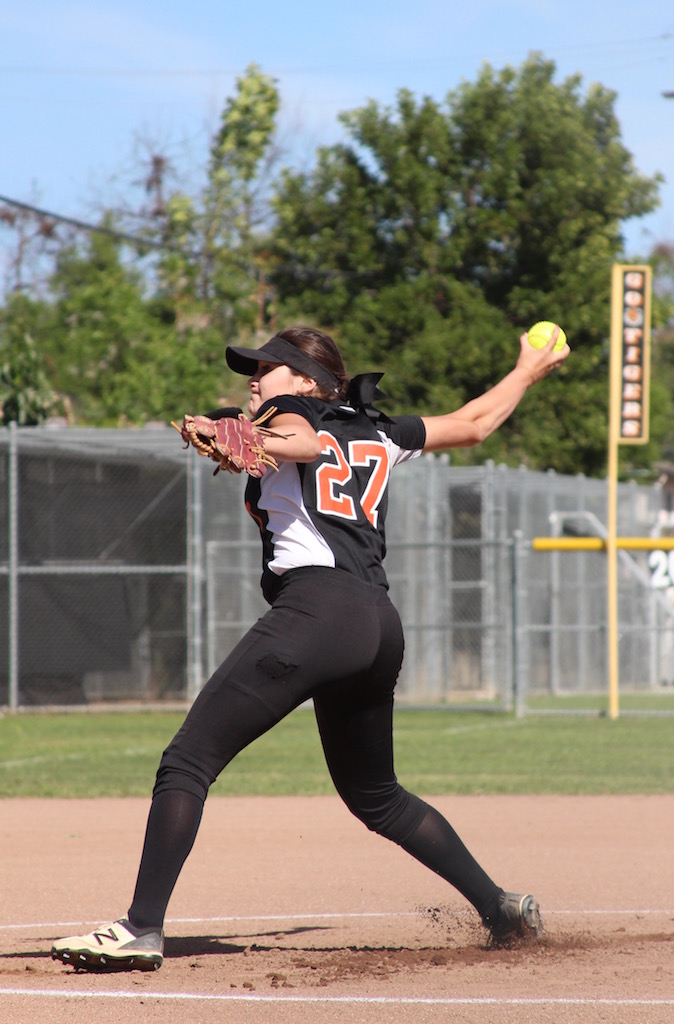 The softball team played a strong game against the Monrovia High School Wildcats, but lost on its home field on Tuesday, March 22. The Tigers maintained a lead for the first five innings, but after conceding seven runs in the sixth, fell too far behind to pull out with what would have been their first win of the two League and four preseason games they have played this season.

Junior first baseman Emily Swanson started off the game with a hit down the first base line. After a series of hits she scored the first run and put the Tigers in the lead. In the third inning, sophomore shortstop Sophie Reynolds and senior outfielder Sheridan Nansen hit RBI singles to give South Pasadena a 3-1 lead. In the fifth, sophomore pinch hitter Victoria Venardi hit a single. Freshman catcher Catherine Connolly had an almost foul bunt which caused an overthrow and allowed Venardi to score the fifth run. The South Pasadena defense remained strong in the first five, only conceding four runs to the Wildcats. The Tigers lost their momentum in the sixth inning, seemingly making mistakes at every turn. The defense failed to get outs, dropping and overthrowing balls and the team could not create anything offensively before the seventh inning reached its close. Unlike in their prior games, which the Tigers struggled early in the game and came back, the players could not keep up the strong lead they created in the beginning.

“They were a good hitting team and we lost our energy for a half inning,” sophomore outfielder Amelia Anthony said. “We definitely have the skills to defeat Monrovia, we just need to work on eliminating the mistakes we made in that one bad inning.”

The squad is hopeful it’s next game at San Marino High School on Friday, March 25 will yield its first win of the season.