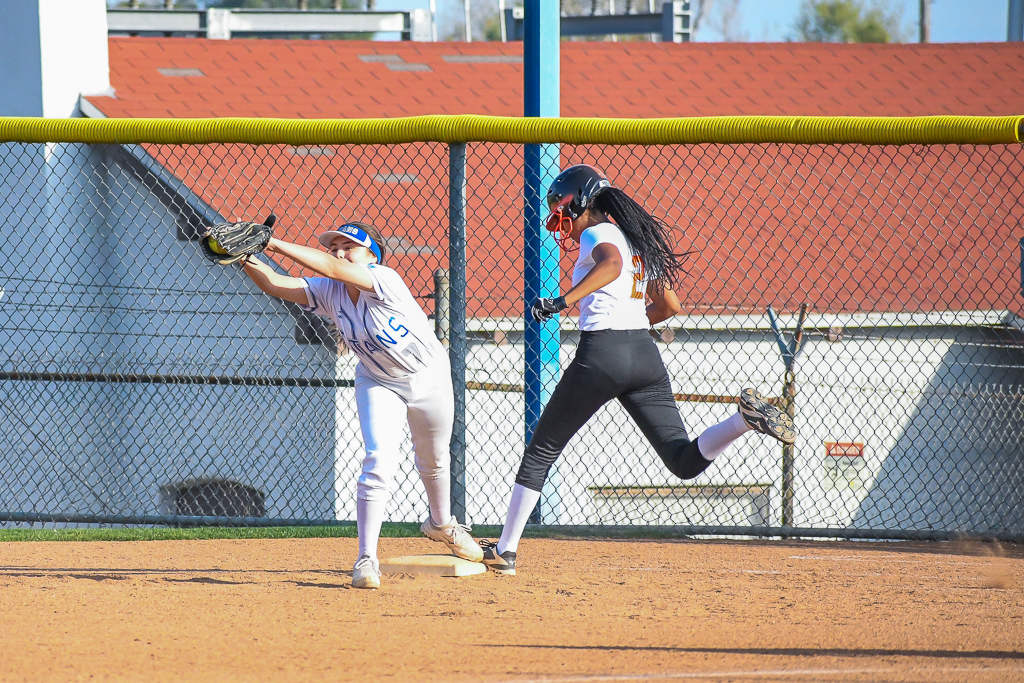 Despite a strong 5-2 preseason record, the Tigers ran into a talented Titans team and dropped its first league game.

Softball lost to the San Marino Titans, 8-0, in its first league game on Friday, Mar. 6. South Pas kept the game at a manageable distance, but lost its grip on San Marino as the innings wore on, collapsing at the end of the match.

The Tigers only gave up two runs through the first three innings, but were unable to muster up any base hits. The South Pas offense stalled against San Marino’s pitcher and couldn’t close the lead.

In the bottom of the fourth, the Tigers finally succumbed to the Titans’ talented batters, giving up two more runs. Junior Amanda Kanaly and senior Jewel Nguyen each caught fly balls to minimize the San Marino damage and get the South Pas defense off the field.

However, in the fifth, San Marino came right back and bombed a home run to gain a 5-0 lead. The Titans would cap off their performance with three scores in the sixth inning and walked to an easy 8-0 victory.

Next, the team will host Temple City on Tuesday, Mar. 10.