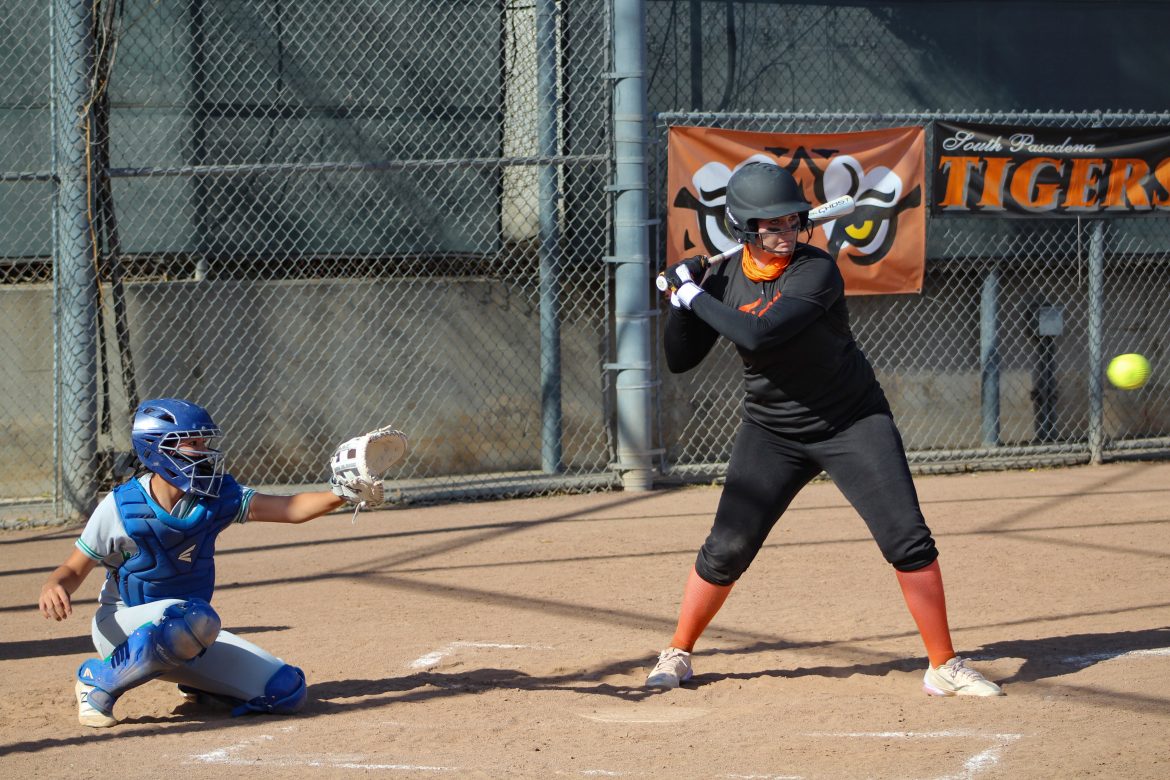 The Tigers currently have yet to secure a league win and currently stand 0-7 in league and 0-8 in season.

Softball suffered a 12-0 defeat against the Temple City Rams on Tuesday, May 4. South Pas stumbled in their eighth loss of the season, and seventh in the Rio Hondo League.

The Rams dominated from the first pitch. Even as South Pas gained some momentum, particularly in the third inning with a couple of base hits, Temple City completed a shutout and triggered the mercy rule by the bottom of the fifth.

However, throughout the entire game, the Tigers’ morale never wavered. Whether they were conceding runs or getting on base, South Pas’ bench was roaring with encouragement.

“When we’re in the field or at bat, the vibe can go up and down very quickly, so it’s extremely important [to stay positive],” sophomore Zoe Hollingsworth said. “When you hear people cheering you on, it makes you smile and can change your entire mood.”

Sophomore pitcher Allison Lee started the game for the Tigers, and despite her best efforts, the Rams consistently made contact; they popped out to a 5-0 in the first two innings.

At the bottom of the second, South Pas found some success. Sophomore Sydney Lagarce hit a single and stole second. A quick sacrifice bunt advanced Lagarce to third, but the Tigers couldn’t send her home.

After those brief moments of hope, the Rams stomped on the Tigers: two runs in the third and four in the fourth, including two homers. Temple City made it back to home base once more, and the game ended, 12-0.

Midway through the year, and still without a win, the Tigers have tempered their expectations while still remaining upbeat.

“We understood that the majority of our team would be made up of freshmen,” Lee said. “Our goal this year is not necessarily just to win games, but rather have fun and learn from our experiences. Despite any mistakes on the field, we learn from our past and not only grow as individuals, but as a team.”

The Tigers will fight for redemption Friday, May 7, when they visit the Rams at 3:30 p.m.