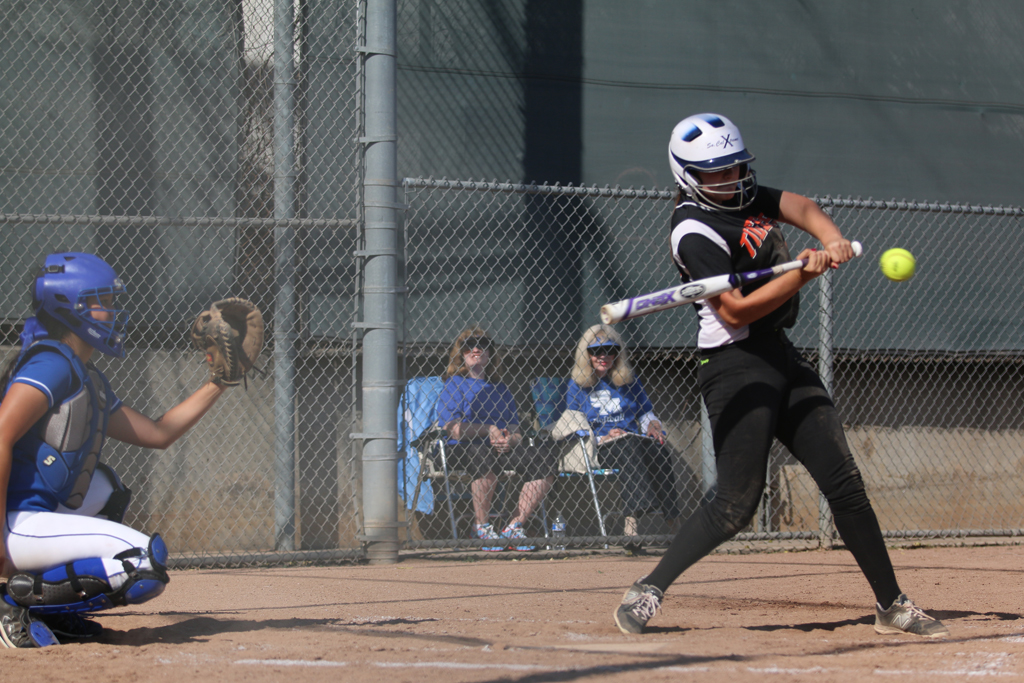 The softball team took advantage with a four-run fourth inning to top San Marino 6-2 on Wednesday, March 25. Their record now stands at 1-1 in league after a tough loss against Monrovia last Friday.

The score was still 0-0 at the start of the fourth inning, but the Titans kicked it off with a hard grounder that  passed third baseman, taking the lead at 1-0.  The Tigers countered in the bottom of the fourth with a run of their own off sophomore Katherine Conte’s line drive single into the left outfield. With bases loaded later in the inning, freshman Sophie Reynolds roped the ball over the second baseman’s head for a three-run triple, putting South Pas up 4-1.

Both teams failed to score in the fifth. In the bottom of the sixth with two runners in scoring position, sophomore Emily Swanson placed a ball over the left fielder for a two-run double, increasing the Tigers’ lead to 6-1. The Titans added one last run in the seventh, but not enough to prevent South Pasadena’s victory.

“We had timely hitting with running in scoring position and great pitching,” junior Avery Douglas said.

“We need to learn to jump on teams sooner, we tend to come back near the end,” freshman Victoria Venardi said. “But today we had some great hits especially by Sophie who hit in three runs and other girls who moved base runners over.”

The Tigers next game will be against La Canada at home on Thursday, March 26.

Boys’ tennis can’t keep up with San Marino in loss