Softball blown out by the La Cañada Spartans 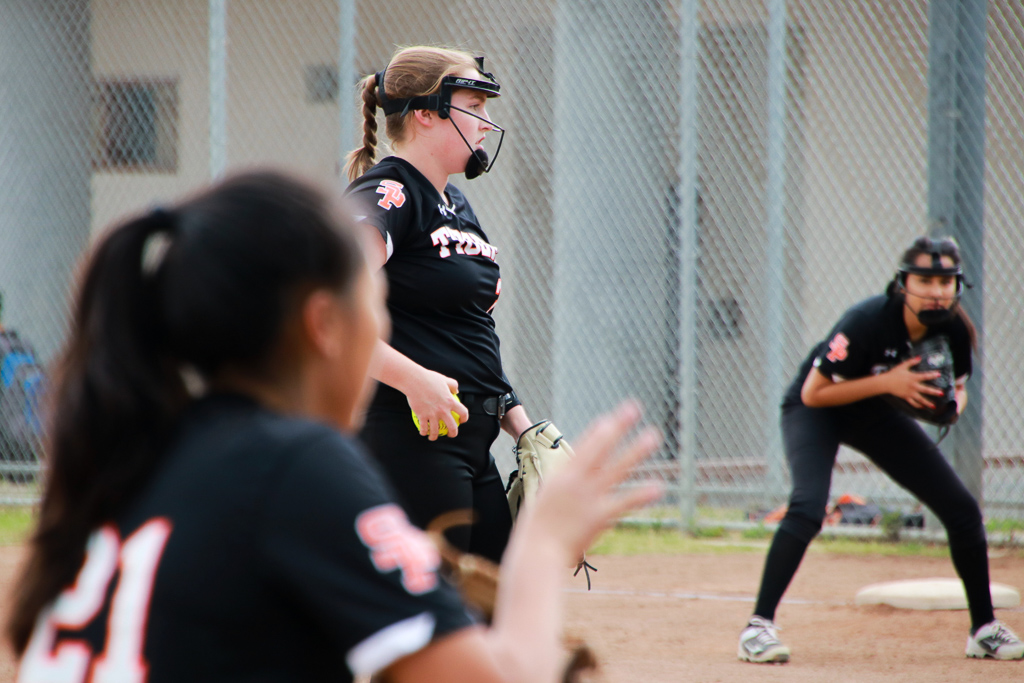 Sophomore Cameryn Pearson continues to be a bright spot for the Tigers, displaying strong pitching.

The SPHS softball team lost to the La Cañada Spartans, 11-1, Tuesday, Apr. 16. After coming off their first league win against Monrovia, the Tigers were unable to maintain their momentum. Nevertheless, the Tigers played hard and pitched well, but just couldn’t overcome a strong Spartan team.

SPHS kicked off the game with a strong start. Despite a La Cañada run, senior Jillian Godinez on third passed to first baseman and senior Katelyn Wooton for a succinct tag out. The remainder of the inning was less eventful, as the Tigers quickly struck out. Sophomore Cameryn Pearson maintained her strong pitching, striking out most of the La Cañada players. However, at the top of the second inning, La Cañada had the bases loaded and inevitably scored a run.

Although the Tigers suffered a tough loss, several players stood out throughout the game. Sophomore Kate Buckley barely slid into third after an impressive line drive through center in the bottom of the second. Also, freshman Zoe Hollingsworth remained a consistent player throughout the game.

However, the Spartans gathered momentum in the top of the third inning, scoring three runs. Despite the competition, the Tigers scored a run during the top of the fourth inning, making the score 7-1. SPHS almost managed another one, after a pop fly from Hollingsworth, but the inning concluded with South Pas in a six run deficit.

The remainder of the game was uneventful, until the top of the seventh inning, when La Cañada hit outfield and every player on base ran home. The Tigers were unable to score a run in the bottom of the inning, ultimately losing to the Spartans 11-1.