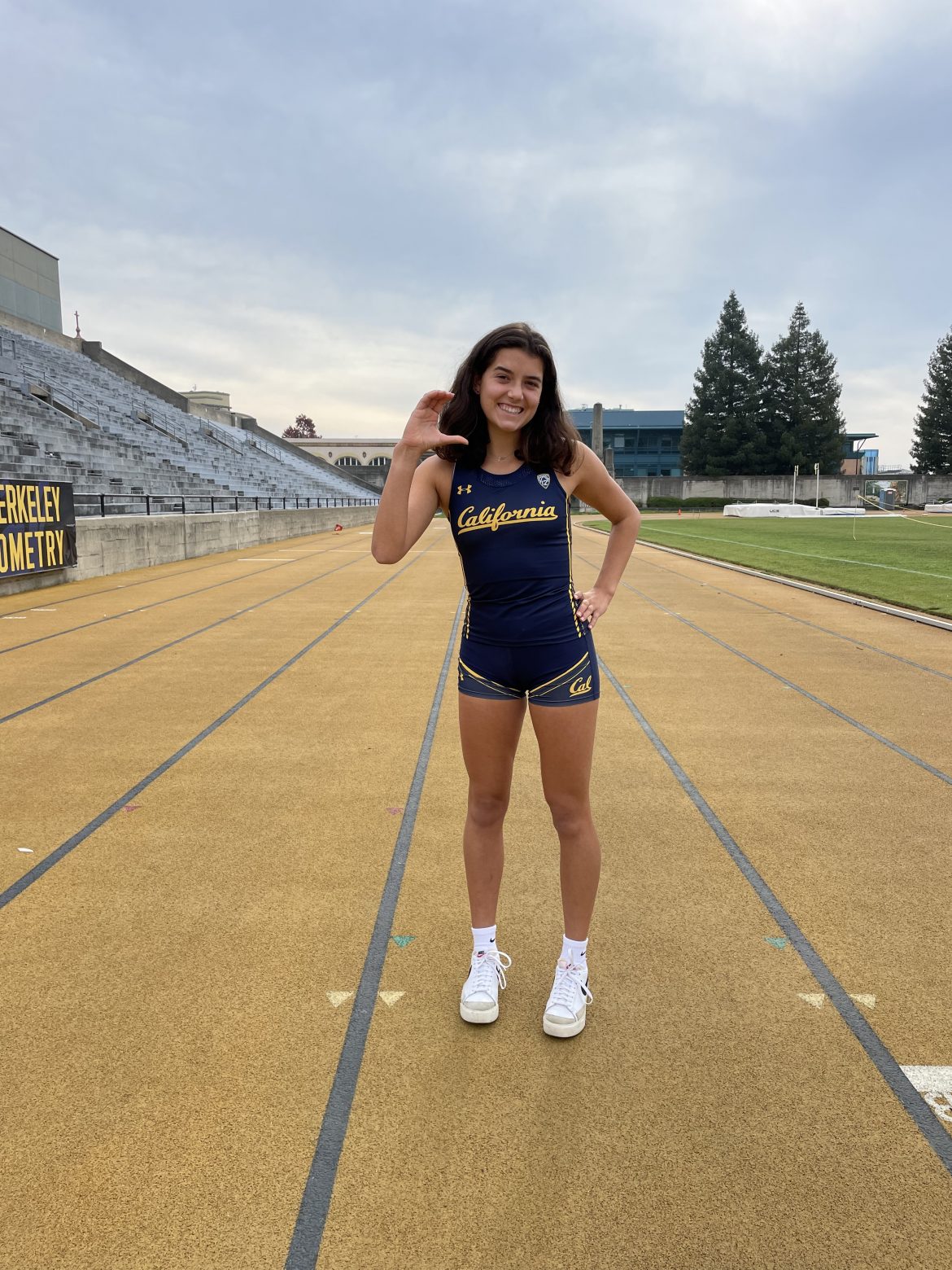 Morrow plans to run both cross country and track at Berkeley.

Senior Sydney Morrow announced her commitment to the University of California at Berkeley on Monday, Dec 1 via Instagram. The track and field standout plans to have an interdisciplinary major in Berkeley’s College of Letters and Sciences, allowing Morrow to explore different professions.

Morrow began her track and field career in eighth grade, after a years-long obligation to gymnastics. During her freshman year, she dropped gymnastics to focus on track and has been successful enough to qualify for a cross country state meet this year. She specializes in the mile, half-mile, and two-mile events during the track and field season. At Berkeley, she’ll run the 1500m, 5k, 6k, possibly the 10k, and the steeplechase event.

UC Berkeley was not the only school interested in Morrow’s talents, UC Santa Clara, UC Santa Barbara, and Tulane all made offers. Morrow narrowed her choice between Santa Barbara and Berkeley.

“I had been on visits to both schools and really liked the coaches. But I think the reasons I chose Berkeley were it’s in the PAC-12, so it’s a better conference for running and I want to get better at running in college,” Morrow said. “It also has a better major for me, because my major is kind of specific. I think I connected with the coaches better and there were more opportunities.”

Before leaving for Berkeley in the fall, Morrow intends to finish out the school year strong in her fourth and final track season.