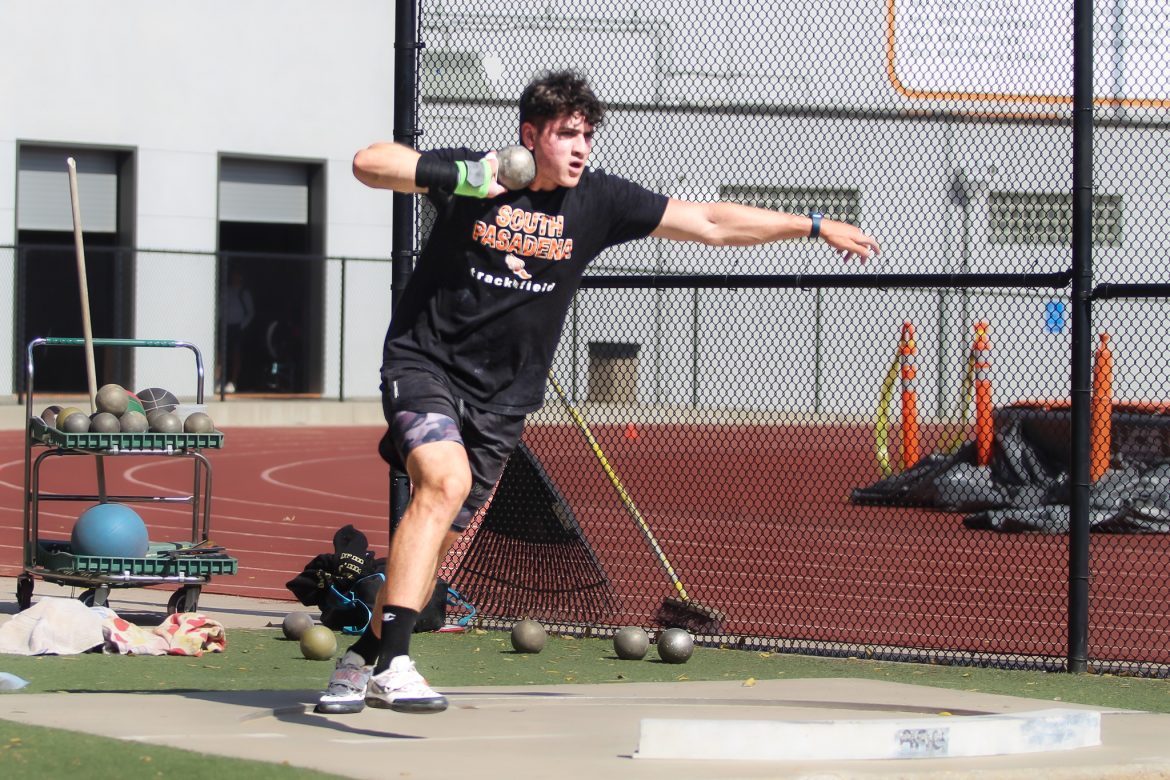 Iwankiw excelled at state this year placing sixth in discus and third in shot put.

Senior Nik Iwankiw capped off a wildly successful track & field season and career by medaling at CIF State Championships on Saturday, May 28 at Veterans Memorial Stadium in Clovis. Iwankiw was the only Tiger to reach State Championships and qualified for both discus and shot put.

In the discus throw, Iwankiw’s mark of 196’ 0’’ earned him sixth place. This performance at the CIF State Championships was a personal best for Iwankiw. In the preliminary, he had a mark of 179’ 10.’’

“I want to say thank you to everyone who supported me along the journey: my teammates in the GDS squad, my coach, and to my family,” Iwankiw said via Instagram. “This group helped me get better than I was supposed to be. I am grateful to have been able to train and compete with them…excited or what is next to come!!”

After an outstanding high school career in which he broke the SPHS school record for discus, Iwankiw’s future looks bright as he plans to bring that talent to UC Berkeley this fall.