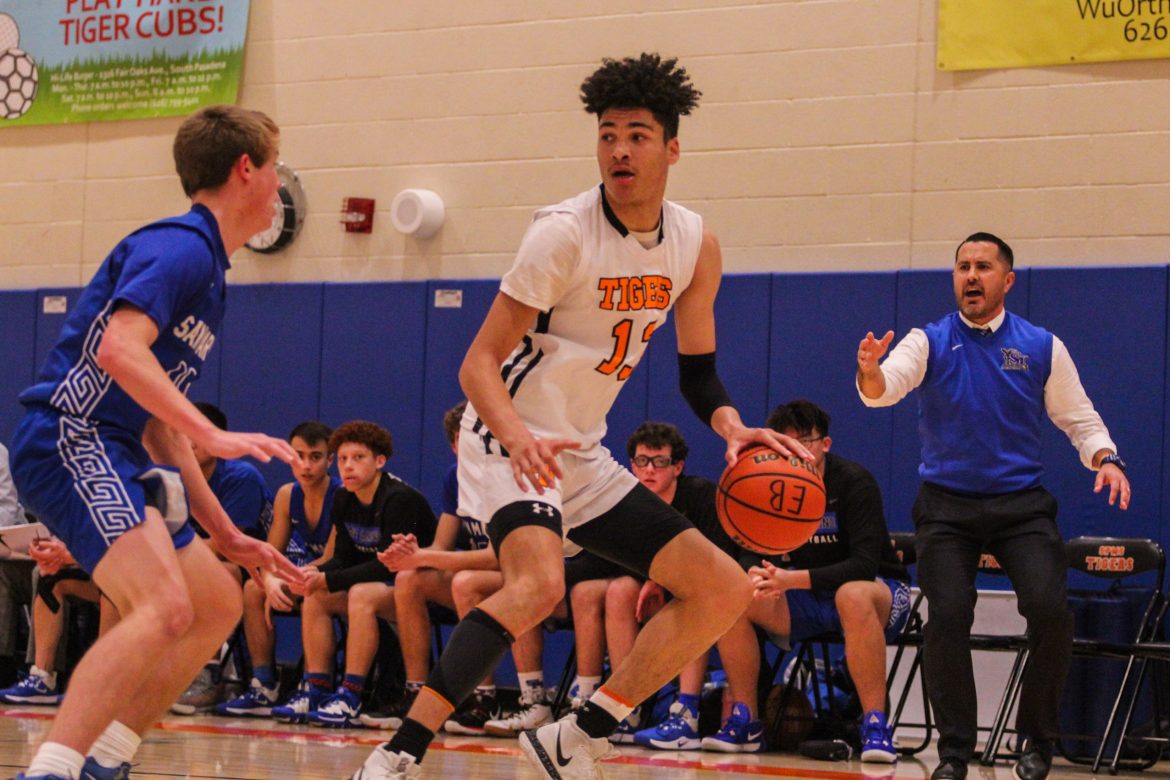 Pouring in over 24 points a game, Reed led the Tigers to a winning record for the first time in five years.

Senior basketball star Billy Reed III was named to the Division 4A All-CIF Southern Section (SS) Team Monday, Mar. 30. The transfer from Alemany spearheaded the South Pas offense in his first year with 24.2 points and 9.8 rebounds per match.

Over two playoff games, Reed averaged 26 points on an efficient 52 percent shooting to lead the Tigers to their farthest CIF appearance since 2015. He is the sole winter athlete to receive the honor and joins juniors Terrence Sweetman (football) and Lindsey Hirano and Lola Foord (girls volleyball) as SPHS’ only other All-CIFSS selections.