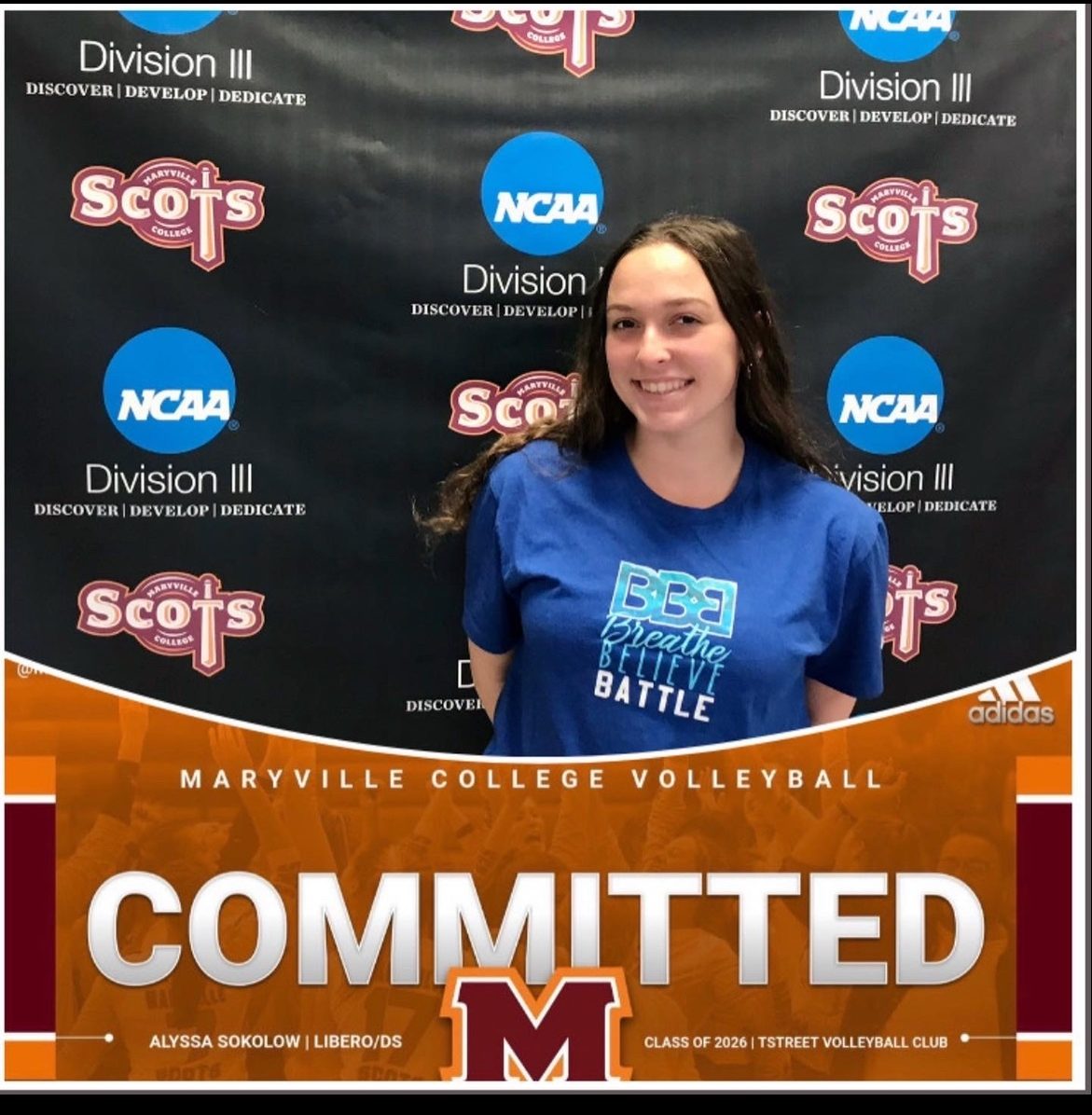 The varsity libero plans to take her talents with her to the Division III Maryville College in the fall.

Senior Ally Sokolow announced her commitment to play Division III volleyball at Maryville College in Tennessee on Saturday, Jan. 22 via Instagram. The star varsity volleyball player plans to pursue a career as a personal athletic trainer and aims to major in sports medicine to accomplish this.

Sokolow began her volleyball career at the YMCA when she was eight years old and would excitedly attend volleyball camps with her older sister. On the SPHS varsity team since freshman year, Sokolow has contributed to the team’s recent success, helping them get to CIF State Finals in 2019.

She intends to continue playing the libero position during her time at Maryville. Since her senior season is over, she currently practices and competes with her club team at the Tstreet Inland Empire Volleyball Club in Irvine, California.

Maryville was not the only school that vied for Sokolow’s talents. She also had offers from Dominican University in Illinois and Colby College in Maine. With help from her recruiting coordinators and a successful trip to the campus, she ultimately decided on Maryville.

“I went out to visit and I absolutely loved it. The school was beautiful. The coaches were so sweet. The players were so welcoming. The academics are great,” Sokolow said. “I really felt like it had everything I was looking for in a school.”

Before heading out to Maryville in the fall, Sokolow sets her sights on completing her club volleyball season and moving to private coaching in preparation for college volleyball.