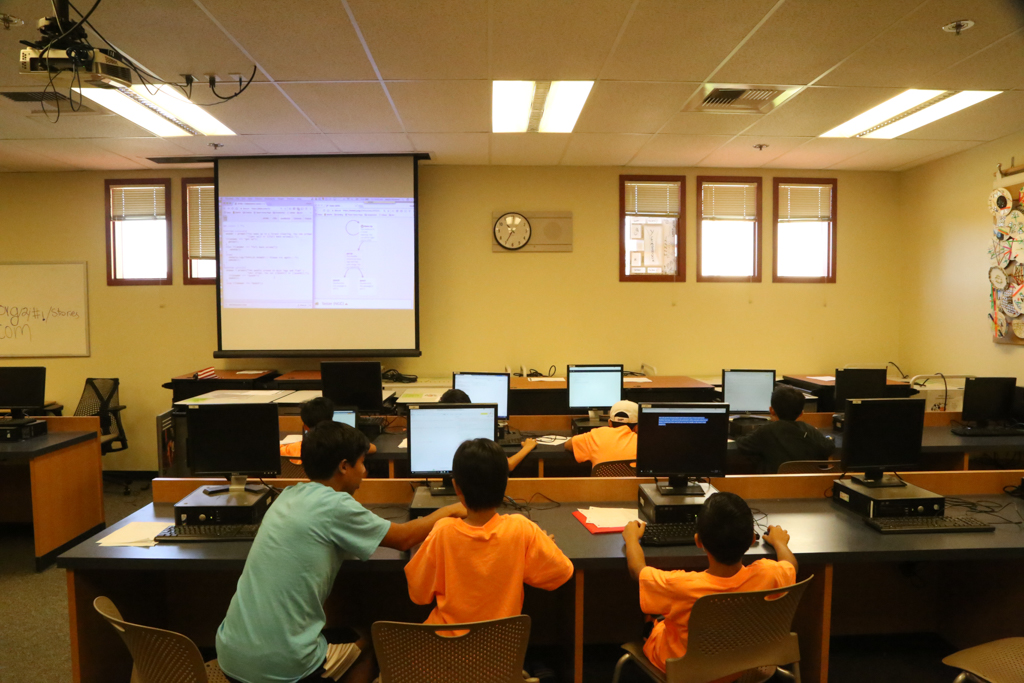 Senior Oliver Chang teaches a student how to work with functions in Java Script.

Elementary and middle school students filled up the SPMS computer labs this past week to sharpen their coding abilities. Organized by SPEF, the SPHS Coding Club hosted its second annual Next Generation Coding Camp (NGC). Coding Club members volunteered to teach coding and get young boys and girls interested in computer science.

The 43 participants were split into two groups based on skill and experience, and were led by Coding Club president Lauren Sharkey and vice president Maÿlis Whetsel. The daily lesson plan varied between the two groups with the older students learning how to write the code language Javascript. Meanwhile, the younger group was taught a simpler version of JavaScript, called Block Code. Besides typing on their computers, the students also learned principles of coding through physical activities.

“Everyday I have an unplugged activity that gets them moving; when we were teaching them about loops in code, we had them create dances to represent loops,” Sharkey said. “These activities help them understand code while also giving them a much needed break from working on their computers.”

With only 11 girls enrolled in the camp, club members set a goal to encourage more young girls to try computer science.

“[We really] try to empower girls at a young age to code because sometimes they look around and don’t really see much female representation in coding,” Sharkey said.

The SPHS coding club will continue to teach after-school classes throughout the 2017-2018 school year. Next Generation Coding Camp will return to the middle school next summer for its third year.

Historic Rialto Theatre will soon open its doors as a church