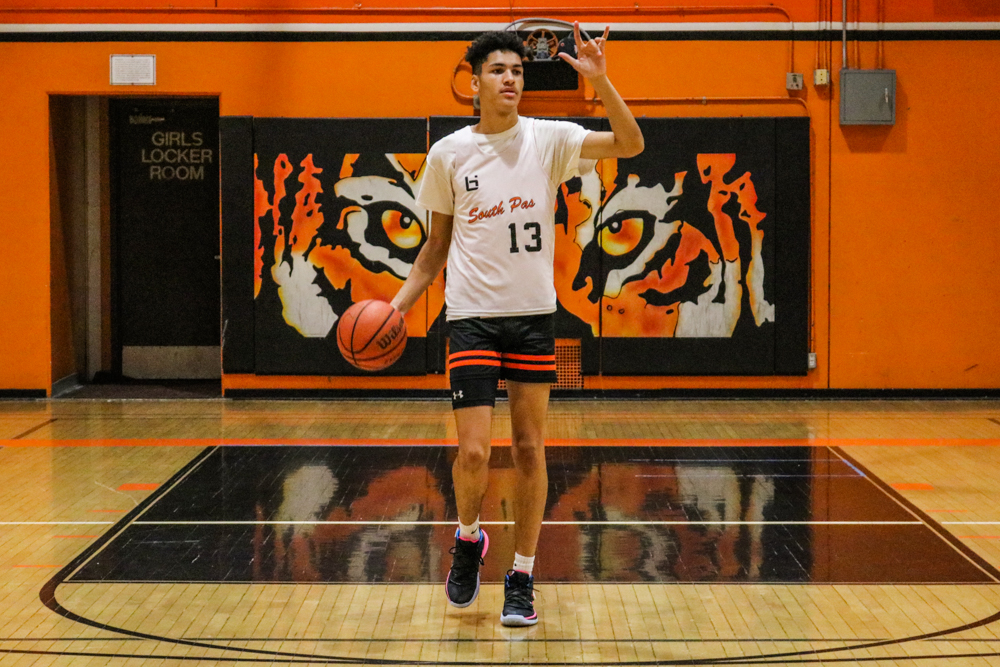 With no returning varsity players, the Tigers head into a new era of South Pas basketball.

Boys varsity basketball had a tumultuous last season. Halfway through the year, the Tigers sat at 3-3 and in a prime position to finish third in the Rio Hondo League. However, the team of all seniors stumbled in the last few games, ultimately placing fourth with a 4-6 record. This season, with a clean slate and a new coach, boys basketball looks to compete for a league title with renewed momentum.

First year head coach Ernest Baskerville has conditioned the team to maintain high levels of discipline and teamwork. Along with his 20 years of experience, Baskerville is backed by a skilled and diverse coaching staff.

“Coach Baskerville [is] bringing championship experience and a new coaching staff to the team and I think that they will make a positive impact on our team,” sophomore center Michael Ebner said. “All of our coaches are fun to be around, have brought experience and advice, and are great at running a basketball program.”

This season, South Pas will no longer suffer from a height disadvantage. With eight players standing six feet or above, the Tigers will be able to match La Cañada and San Marino’s size for the first time in years.

The Tiger squad does not feature any returners which has allowed for a different mindset and team culture. Senior captain Alan Quan, who played on the varsity team since his sophomore year, is excited for the program’s fresh start.

“The energy in this team is very different than in previous years,” Quan said. “We all have expectations that we want to meet, but the difference is that this year, we can visualize what our end goal should be. With coach’s experience we are all confident on the changes we can make in South Pas’ boys basketball.”

The team will begin its preseason with an away game against South El Monte on Monday, Nov. 25.