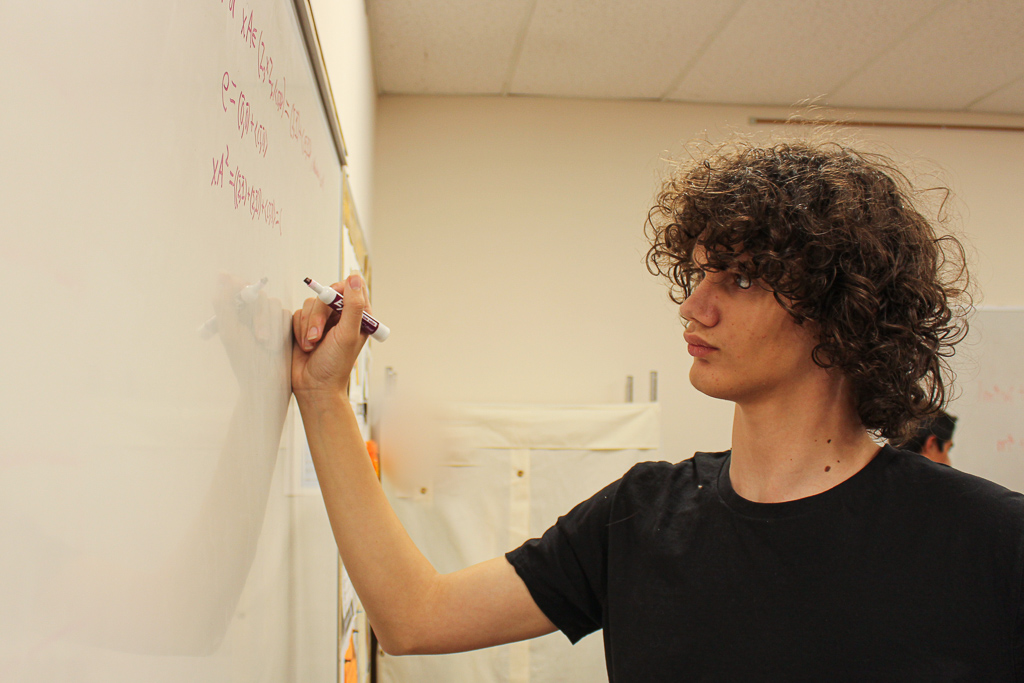 Junior Isaiah Hall is quite the enigma to most of SPHS; his typical perception that of a ‘token weird kid.’ What most students fail to realize, however, is that his eccentricity is complemented by razor-edged brilliance and a wildly spontaneous sense of wonder.

Hall, a relatively fresh face in South Pasadena, moved here from Maplewood, New Jersey in his sophomore year. The transition has been somewhat difficult, due to SPHS’ larger student population, exclusive cliques, and his personal struggles.

“[One thing I find difficult] is talking to people,” Hall stated, an observation that explains why he is often misunderstood.

A fact generally ignored by peers is his intelligence; he is currently studying abstract algebra at Cal State LA after finishing AP Calculus BC in seventh grade. Contrary to expectations, Hall is surprisingly humble when it comes to his achievements. He refrains from showing off in class — save for relevant contributions to discussions. Instead of confusing others with pretentious language, he chooses to remain plain-spoken and grounded with a distinctive sense of humor.

“[My greatest flaw] is my overactive brain,” he said with a sarcastic chuckle.

Though Hall wishes to pursue a degree in science, his intellect is overshadowed by an unstoppable drive to apply his abilities to unique and diverse passions which go beyond traditional academia. He has practical goals in mind — ones with tangible impacts on society. In particular, he hopes to use his skills and knowledge to address the trivialization of scientific evidence in the modern political atmosphere, systemic bias and corruption within the scientific community, and the global climate crisis.

In his spare time, Hall explores his interest in linguistics, an uncommon field. He is often found researching the history and constructs of languages or sounding out phonemes, the unique sounds that make up a language. Additionally, he formally studied and is proficient in Latin. His interest in such a rare and ancient language stems from curiosity and not tradition, as it improves his ability to investigate paths of evolution within Western languages.

Hall has also set his sights on a more physical outlet for his otherwise contemplative energy: karate. Despite the martial art’s competitiveness and physical exertion, he asserts with unyielding confidence that “it is not a sport.”

As with his other pursuits, his dedication is motivated by a grander meaning, not just the basic merits of the activity itself. The countless hours of drilling, sparring, and board-breaking have left a lasting impact on his character.

“My karate teacher [in Maplewood] was completely formative on how I learn,” Hall recounted. “Karate requires you to analyze moves, [which taught me how] to focus.”

Although his abilities are exceptional to a surprising degree, Hall is fueled at his core by an extraordinarily rabid, yet intrinsically human, imagination. He refuses to let himself be defined by the singular trait of intelligence; Hall does not see himself as a genius, but a stargazer.