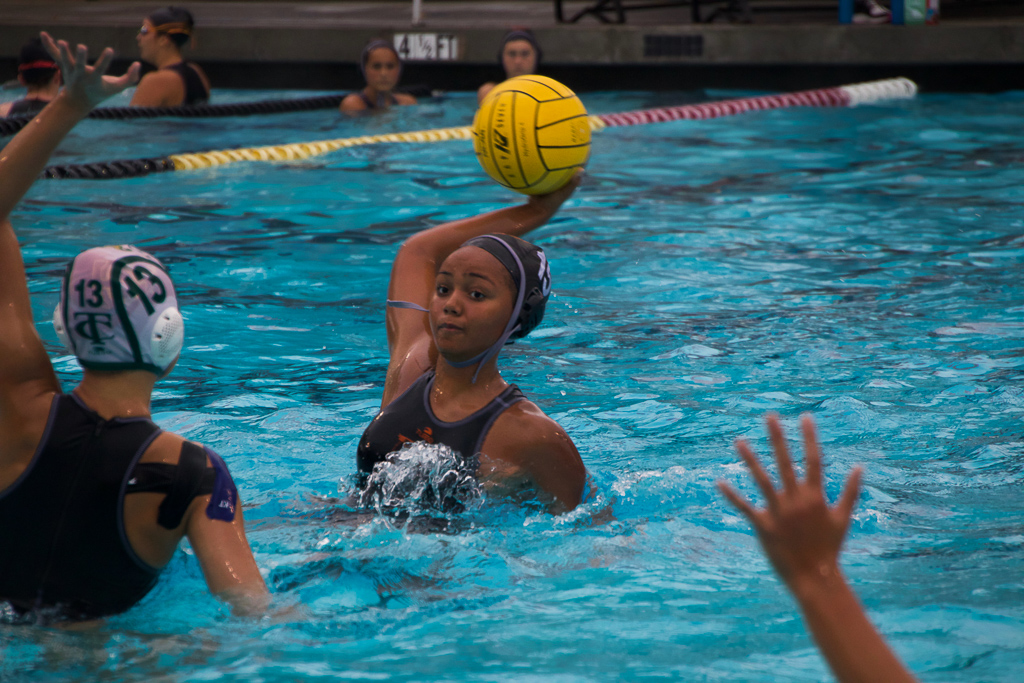 One of the four varsity returners, junior Amanda Kanaly will lead the Tiger attack.

Girls varsity water polo heads into the upcoming season with a different approach than previous years. In stark contrast to last year’s packed roster of talented seniors, the Tigers only hold an 11 player roster and are set for a drastic rebuilding season.

Before the offseason began, the team already faced a glaring challenge: finding enough players to fill their roster. The Tigers lost four graduated seniors, in addition to the majority of JV players.

With a rather small team, the Tigers will have fewer substitutes during their games. Coach Michael Gonzales has emphasized strength training and conditioning with early morning practices to maximize speed and endurance.

Senior Krystal Lee and junior Amanda Kanaly are the sole returning starters and will lead the Tigers on opposite ends of the pool. A varsity starter since her sophomore year, Lee is a solidly experienced goalkeeper; Kanaly is a well-rounded offensive threat who excels at outside strikes and shots from the hole.

Senior Kili Dickinson and junior Emma Kucera, both rotation players last season, will step up into larger roles, but the rest of the roster is young and lacking varsity experience. This season will be a transitional period for the program and the players have accepted the rebuilding mentality.

“My personal hope for the team this year is to make everyone feel included and make the best of the season. I want everyone playing for the fun that is water polo and not get caught up in winning and getting a CIF ring,” Lee said.

The Tigers will play their first preseason game on Tuesday, Nov. 19, at Notre Dame High School.