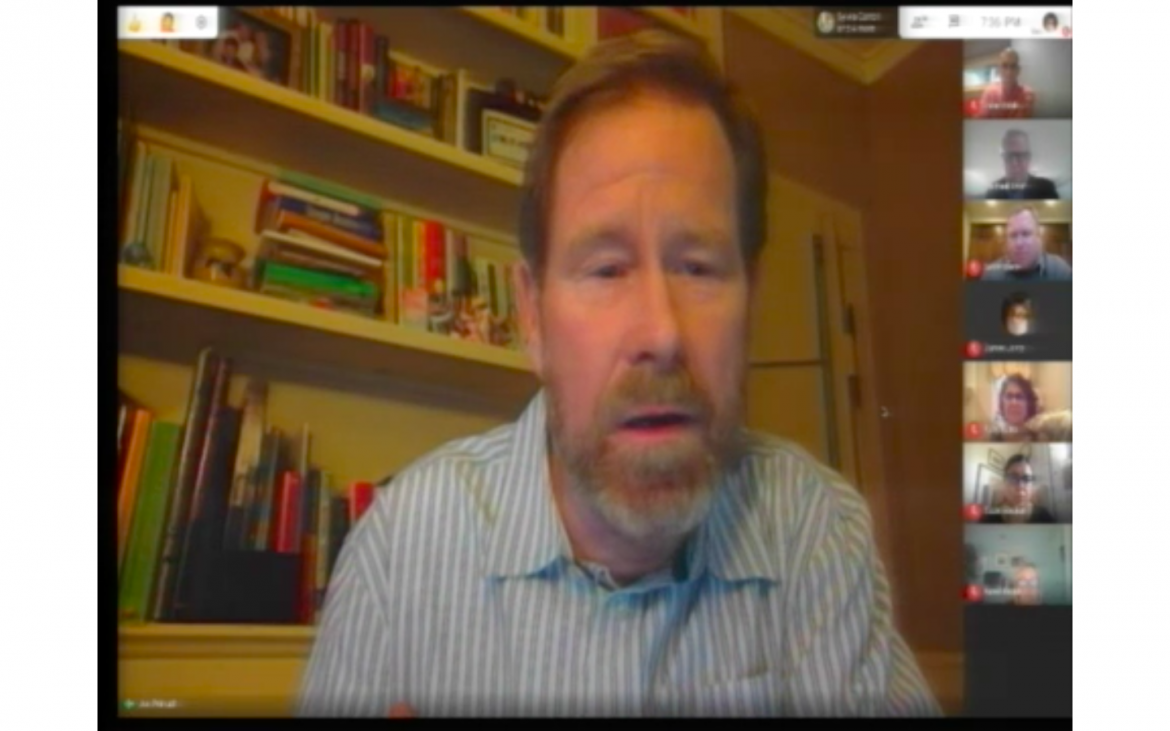 The board advocated to maintain the five-day school week structure; TASP favored of a Friday mental wellness day without mandatory instruction.

The school board decided against adopting the Teacher’s Association of South Pasadena’s (TASP) instructional secondary model during its emergency meeting on Saturday, Aug. 8. After voicing concerns over the adopted instructional model, TASP representatives proposed their own model that would eliminate Friday instructional periods; the board concluded that the loss of learning hours and lack of instruction outweighed the positives of the model.

The TASP proposal would have transformed Fridays into “wellness” days that would allow time for club activities, ASB, and one-on-one time with teachers. This day would have had a 30-minute mandatory homeroom for attendance purposes and the remainder of the day would allow time for asynchronous learning. This extra day would also allow teachers to have more preparation time for their classes. The TASP proposal would additionally change the length of each live-streamed period from 90 minutes to 80 minutes on the middle school level.

“There is a misconception that teachers have a reduced workload in [the SPUSD approved] format,” SPHS biology teacher Elizabeth Pierson said. “Putting [teachers] in front of the screen more [without proper preparation time] is actually going to harm the students because the curriculum isn’t going to be as strong. It’s going to be that simpler curriculum, where students won’t be doing those high level creative pieces.”

TASP president and SPMS English teacher Estela Morales highlighted the importance of “small group” office hours and developing personal connections between teacher and student, which the proposed model would foster.

“You can have an 80-minute period, but that’s not [enough] to change the relationship between that student and the teacher. It’s a one-on-one conversation that has nothing to do [with the subject.] It’s about [asking] ‘how are you?’” Morales said. “What we’re talking about is providing that day so that we can reach out to students in a way that I wouldn’t normally do in the classroom.”

Although having a separate day of the week to aid these students could lead to better engagement, board members noted that teachers already have time for these meetings when the school day ends at 1:50 in the currently approved schedule.

Public comments stressed that students need to connect with their peers and teachers for all five weekdays, instead of learning independently on Friday.

“High school students need more interaction with teachers for deeper studies and in the TASP plan, they have less class time than the elementary school… How can our students stay on track and how can AP classes be taught effectively with such a light schedule?” SPUSD parent Daisy Mayer said.

The board also emphasized that a distance learning school day should follow a normal school schedule as closely as possible. Several public comments feared that the TASP model would move further away from a traditionally structured school day.

Although they ultimately decided upon keeping the adopted model, Dr. Suzie Abajian and the board recognized that the meeting had been a constructive experience in learning how to improve the model if needed in the future.

“This is going to be a learning experience. This is a new semester, [and] we’re doing things differently than we did in the spring. We are going to build on [our experiences from this meeting in the development] of a future model,” Abajian said.

The Board will act on the resolution to acknowledge and thank TASP for their presentation in their upcoming meeting on Tuesday, Aug. 11.