Save room for Jesus, please 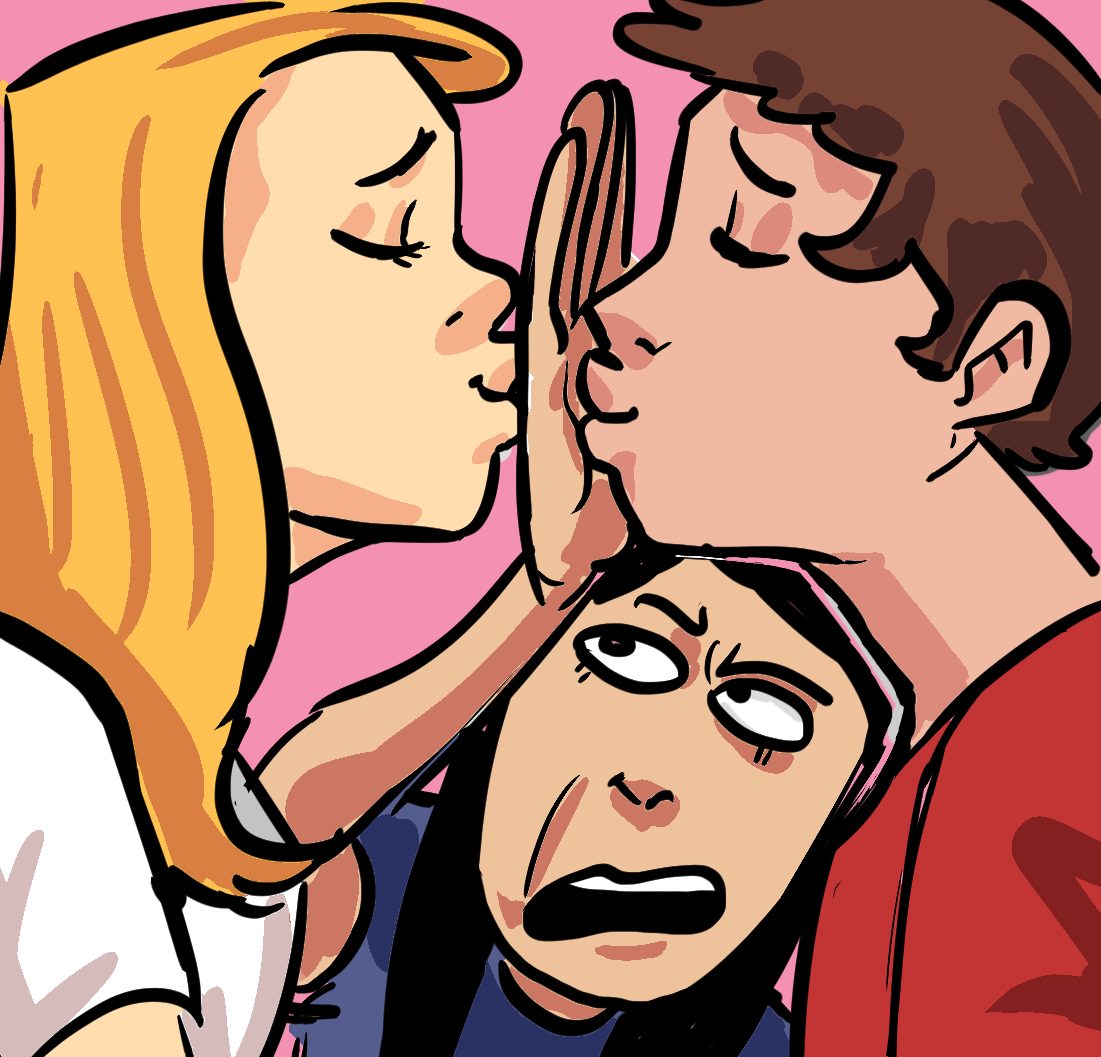 Unnecessary exhibitions of physical affection seem unavoidable in high school, something to worthy of a shrug and dismissal. Senior Staff Writer Sammy Park begs to differ.

Picture this: you’re walking down the hall of the 400s building. You’re late to Spanish class. Suddenly, you are bombarded with the animalistic growls that could only possibly come from the mauling of a small animal or the sound of two fish being slapped together. It takes you a few seconds to locate the offenders: one very young couple. This is a product of “cuffing season,” the long period of time between Thanksgiving and spring breaks where new couples spring up as if our campus was the newest set of “Jersey Shore.” As the sounds of adolescent ‘love’ echo through the hallway, an innocent bystander is faced with immediate discomfort.

In 1951, the TV show “I Love Lucy” was the first televised occurrence of a couple sharing a bed. Since that momentous, controversial moment on American television, displays of affection—everything from kissing to sex—has been broadcast. Due to the presence of affection in our media, public displays of affection (PDA) have been normalized. But the burden of discomfort placed on the bystander means that PDA shouldn’t be practiced.

However, outright bans on holding hands or hugging are not practical nor effective. But school is supposed to be a place devoid of distractions: and kissing, at least in our society, is inherently distracting. Instead of policing body contact, it should lie with the couple or couples to realize that what they are doing is making others uncomfortable.

But the problems with PDA go beyond distracting bystanders. One of the reasons why PDA is problematic is because the ‘public’ did not consent to the display of affection. From one’s religious or cultural background to a recent breakup, there are many reasons why one might object or feel uncomfortable with displays of physical affection. The awkward situation is magnified by the widely-held sentiment that asking a couple to stop kissing or lap-sitting is considered rude.

To be blunt, no one needs to partake in PDA. For young couples kissing in high school hallways, it’s not as if a train is waiting to send one of them to a war zone.

The issues that arise because of PDA will not be fixed by rules or regulations, they will be fixed by educating people about why it is inappropriate. Just as one would refrain from arguing in public with a significant other, one should also avoid the prospect of making bystanders uncomfortable in the face of PDA.

PDA isn’t a problem because young couples need to “save room for Jesus” or be coy with tangible representations of their relationship, but because respect for others around them should outweigh the compulsions to announce their partnership to the world.