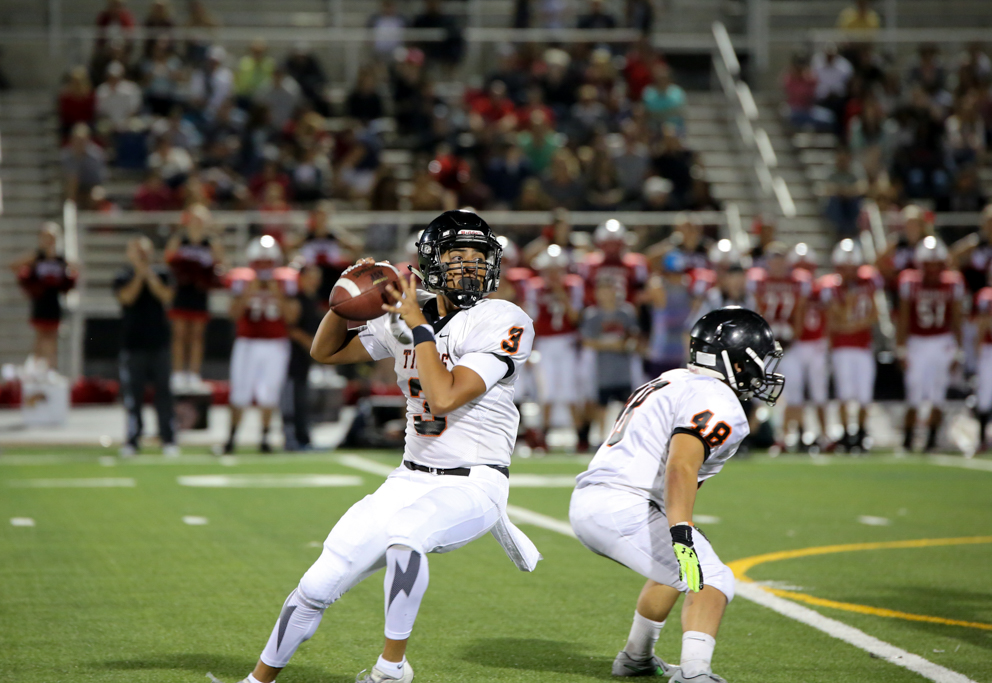 This article is from Tiger Newspaper’s September 2015 issue

Senior Michael Partida’s father introduced Michael to the sport of football at the age of four. However, basketball was surprisingly Partida’s favorite sport throughout his childhood. Even so, Partida’s natural ability to throw the football growing up didn’t go unnoticed by many of his coaches, to which he now dedicates three years of his varsity high school athletic career.

“I have been playing football for 13 years now, and I believe that it has made me a strong individual with a great mindset and great work ethic,” Partida said. “It has always been my own little sanctuary for when times got rough.”

Partida’s poised nature on the field contributes greatly to his ability to lead all 41 of his teammates every Friday night. In three games, Partida has culminated 366 passing yards, as well as seven all-purpose touchdowns. Partida’s prowess was especially on display last Friday, when he passed for 191 passing yards and three touchdowns against Glendale.

“The quarterback’s responsibility is to show no fear,” Partida said. “It’s all about the team, and to get everybody focused and on-task. I practice hard every day so that I can get the team going, and I think I’ve done a good job in setting an example. We spend so much time together that we get along very well.”

Partida’s determined attitude during games is what makes him so special to his teammates, who will look to him for guidance as the team begins its league season on Friday, October 9 against La Cañada.

“[Michael] is a student of the quarterback position,” coach CB Richards said. “The thing I am most proud of is his growth as a leader. Leadership is his most valuable asset, along with a strong desire for himself and his teammates to give their best in practice or games.”