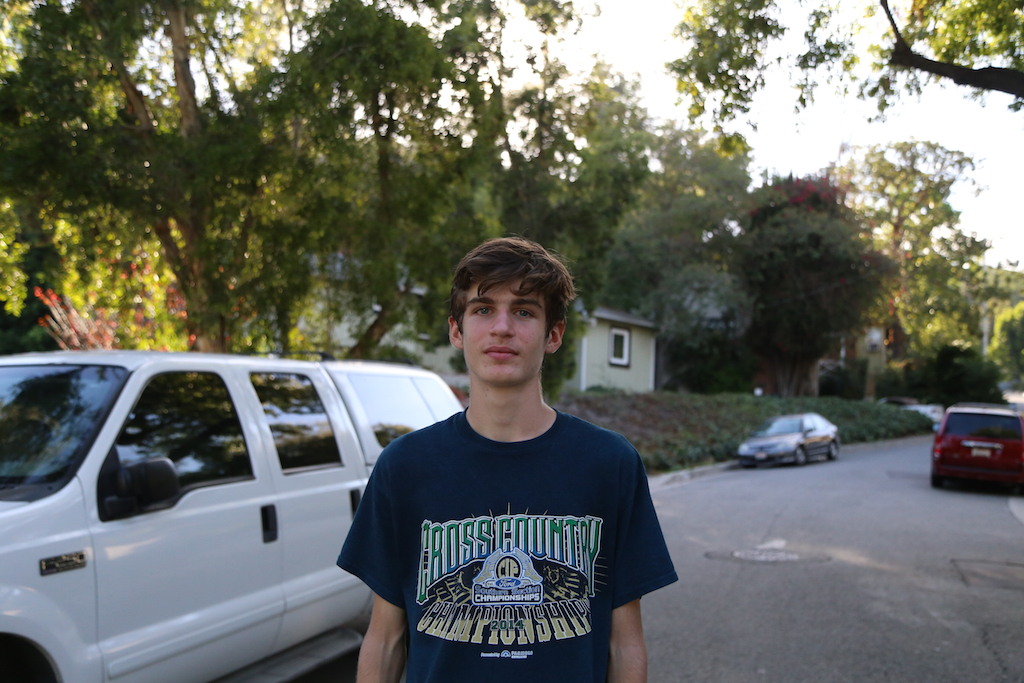 South Pasadena cross country coach Joe Soto can often be heard reciting his signature motto: “Hard work beats talent when talent doesn’t work hard.” While runners may roll their eyes at this repetitive lesson, it does in fact hold some truth. For the past two years, junior Kieran Press-Reynolds has been demonstrating the potential of talent that also works hard.

With an unparalleled dedication to the sport and a victory at the first league meet already under his belt, Press-Reynolds’ success this season has been phenomenal. But what makes his accomplishments so unique is the incredible improvement he has experienced since last season, when he was running mostly junior varsity races. In fact, since the 2014 season, he has dropped a staggering 1:33 from his personal record.

Press-Reynolds attributes most of his progress to this past summer. After avidly reading about the science of running and what it takes to really drop his time, the dedicated runner began increasing the volume of his workouts. While the rest of the team ran six days a week, Press-Reynolds consistently ran seven days a week, and often twice a day. As exhausting as this sounds, it is Press-Reynold’s love for the sport, not his impressive performance, that has made it all worthwhile.

“I know that in races, I am running against people… however, for me, the paramount race is the one against time, and against myself,” Press-Reynolds said. “Beating my own personal record and feeling the self-gratification is amazing.”

Press-Reynolds’ running infatuation not only makes him a great individual competitor, but a star role model for the entire team as well.