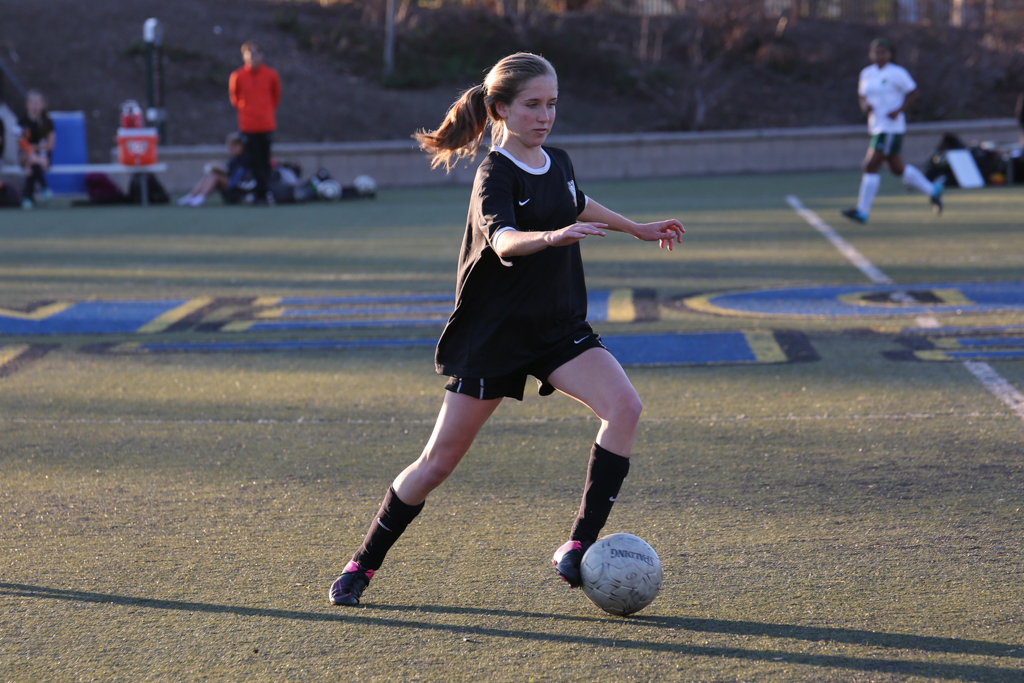 “Emily is able to stay calm and make plays during big situations,” teammate junior Sophie Reynolds said. “She’s very reliable on the field and has been a key part of our offense the last couple of seasons.”

Dunn’s two older brothers played soccer as well, and she decided to follow in their footsteps. At the age of five, she began playing for the American Youth Soccer Organization (AYSO) before switching to club soccer at eight years old. Dunn has played for several different clubs since, including FC Golden State, CDA Slammers, and currently Crescenta Valley SC. She has travelled as far as Whittier and La Verne just to train.

Outside of club, she made the varsity roster her freshman year, and quickly became a leading scorer despite the team’s disappointing season. The following year, Dunn became an even more powerful threat for the Tigers as the top scorer with nine goals and three assists, thus playing a pivotal role in the team’s offense. She was awarded Offensive MVP and was selected as an All-Rio Hondo League First Team Midfielder as a sophomore.

Although the high school team has struggled during Dunn’s last two seasons, she is confident that the team will be able to produce strong results her junior year.

“I’m excited for a great season,” Dunn said. “I feel as though the team has really connected and has a strong shot at CIF.”

Dunn looks to compete at the collegiate level once she graduates.

“If presented with the opportunity, I would love to play soccer in college,” Dunn said.

Suspect tied to harassment and burglaries taken into custody