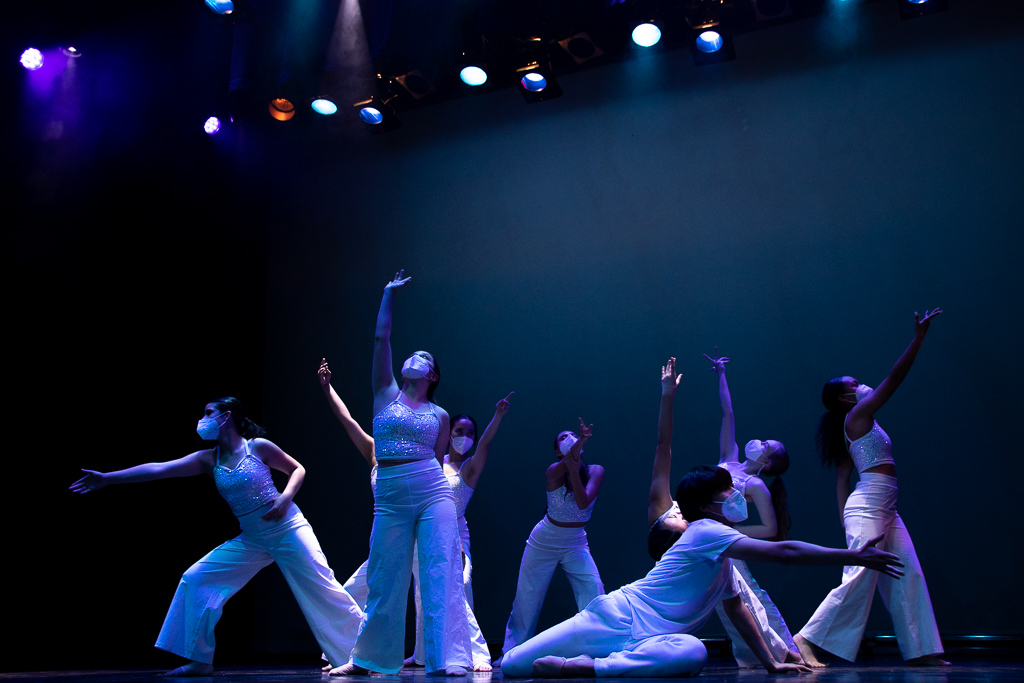 The SPHS Dance Program held its annual Winter Dance Concert on Friday, Dec. 3 and Saturday, Dec. 4. The concert featured soloist and group performances by the Dance II and III classes and was split into two acts.

The first act centered around the theme “Blinding Lights” and was choreographed by dance instructor Courtney Cheyne. The theme “explores the moment of realization in a person’s life where they come face to face with habits and behaviors that stand in the way of their progress.” With five numbers, the performances focused heavily on contemporary dance, contrasting the more modern electronic music that accompanied them.

Dance III members opened the show dancing in chairs and dawning headphones, acting as if they were consumed by the music. This led into a performance to the song “N R 2” by Nosaj Thing, where a similar concept to the opening number was applied. The dancers continued to move to the electronic music, including a solo performance from junior captain George Hong-Sheng where he fought off and escapedblack ink. The act ended with choreography to “Blinding Lights” by The Weeknd, whose song name matches the theme of the act.

“It was my first time performing a piece I personally choreographed, so I was less confident and more stressed,” Ho said. “However, I had a personal connection to this piece and the song which made it satisfying to perform altogether.”

Hip-hop dances “Raingurl” and “Tempo” featuring members of dance III, were an exciting change to contemporary styles of dance, and showcased different skills held by the the dance program. Other performances included “Wildest Dreams”, performed by dance captains senior Teja Moe, and juniors Stephanie Law and Hong-Sheng, “Let’s Get Loud” by dance II, and “El Caballito”, whose performance by senior Jamila Zaki, showcased a Mexican dance known as Folkorico. Ending the concert with a familiar scene, members of Dance III performed “Ice Cream.”

The dance program will return to the stage with their spring concert in 2022.