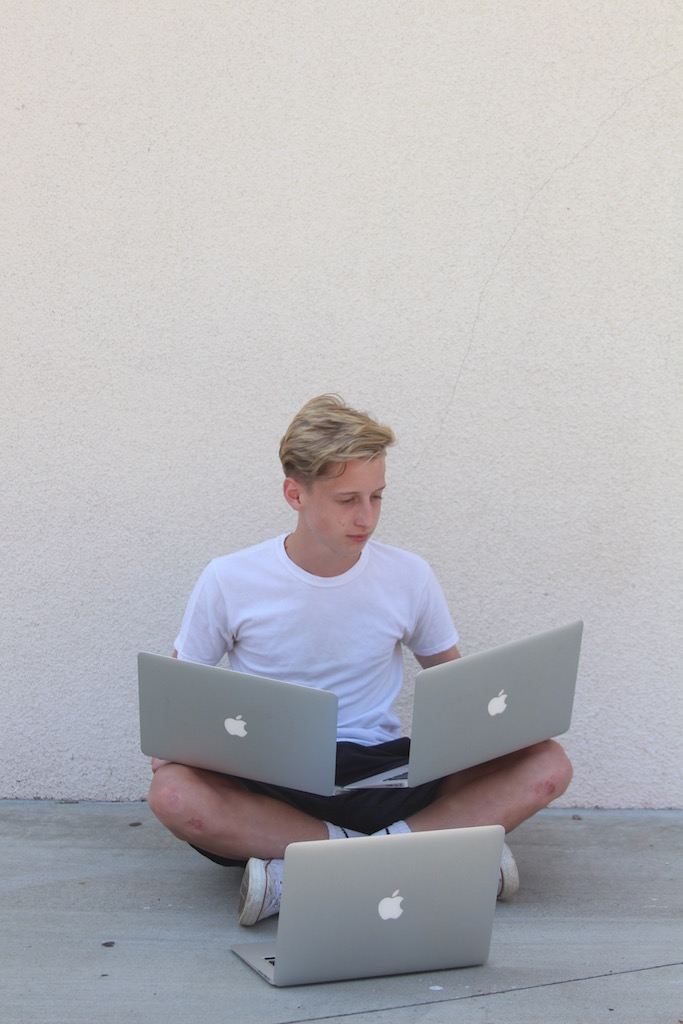 Tim Hitchcock is a classic coming of age protagonist: he’s exceptional at video games (especially FIFA), he’s lived in a quaint suburb his whole life, and he has even been compared to Michael Cera on multiple occasions. But perhaps his strongest tie to all teenage main characters is that he harbors a burning passion for something unusual — computer science.

Hitchcock has always been open to learning, but never showed much interest in his academic classes. Traditional math, english, and science courses didn’t stimulate the creative student. To Hitchcock, the education system lacked many fundamentals necessary to prepare students for the real world, leading to many classes feeling pointless.

“When I was young, my dad would let me on his computer to play Unreal Tournament. Ever since then I’ve always had a love for computers,” Hitchcock said. “Gaming at a young age was a gateway to me actually building my own computer with my uncle, which was the catalyst for my passion.”

After expressing a vague interest in the world of technology and computers, Hitchcock decided to enroll in Mr. Shorr’s AP Computer Science course. The class gave Hitchcock the foundational knowledge of computer science and taught him how to program in Java.

Hitchcock’s love for computer programming drove him to enroll in an android development class, also taught by Mr. Shorr. Hosted by the nonprofit organization Project Lead the Way, the course allows students to use an IDE (Integrated Development Environment) called Android studio that allows the programmer to test their code in a helpful environment.

“Tim has been a pleasure to teach,” Mr. Shorr said. “He balances his extracurriculars well and is always enthusiastic and inquisitive in class. He is overall just a good person.”

Outside of the realm of computers, Tim is an editor for the Copa de Oro yearbook and plays soccer for the the high school team. After being a staff writer his first two years, Tim has worked his way up to become the Editor of the yearbook’s “People” section this year. This change of pace puts him in charge of a specific aspect of the yearbook. Tim has also spent much of the past four years on the soccer field as a member of the high school soccer team. As a sophomore, Hitchcock served as JV captain as a sophomore. Now after a successful year on varsity under his belt, Tim hopes to return again as a senior and lead the team to another successful year.

Hitchcock continues to pursue his interest for computer science outside of school.

“I love to maintain my ability to program in specific languages, I’m decent at Java and a novice at HTML. Also just playing computer games and using different applications,” Hitchcock said. “Once you know the basis for how the these programs are actually made, you begin to appreciate them even more.”

‘Sonic the Hedgehog’ is unable to speed...

Mr. G: Unraveling the enigma under the...