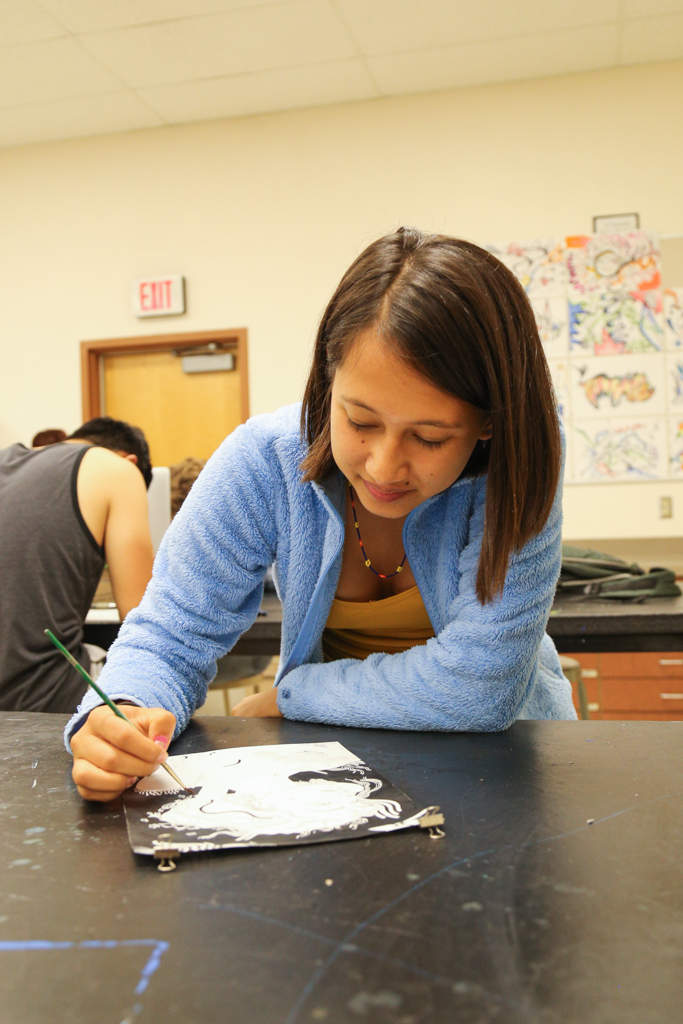 Hidden in the depths of YouTube is a music video co-produced by senior Sophia Williamson. The shaky video features Williamson and senior Lily Round, prancing in Crocs and spitting offbeat raps about “Grade A Eggs” and high school angst. These precious pieces of Williamson’s activity are hidden all around South Pasadena, from the pages of Copa to the art on Ms. Levie’s walls to the debates of Youth and Government. Williamson is a local treasure, though she may be the last person to admit it.

“[Sophie] is really cool and I’m not sure if she isn’t aware of it, or if she is just too nice to show off,” SPHS alumnus Jara Gervas said. “Being friends with Sophie means lots of fun, I know that so much better now that I don’t see her anymore. But even when we text or Facetime, it’s like I never left.”

Williamson’s fingerprints can be seen in the photography and layout of the yearbook, as well as designs for Y&G, a mock government program for high schoolers. As a sports editor of Copa Yearbook and member of the historical committee of Y&G, Williamson has helped document the South Pasadena community in full color.

She has also built a reputation as a versatile artist. Williamson’s portfolio is incredibly diverse, ranging from eerily professional homages to fun collages made of macaroni. Yet the clean, colorful lines in all of these pieces distinguish them as Williamson’s own. For her second year of AP Studio Art, she is working on a series of portraits, each one embodying a different style.

Like her artwork, Williamson contains multitudes. She is best known at SPHS for her artistic aptitude, but she also harbors a love for physics and chemistry. After three science classes at SPHS and a meet-and-greet with CalTech faculty, Williamson has become fascinated with the elegance of physical laws. She is interested in fields that reconcile art and science, such as art restoration and materials engineering. She hopes that by the end of college, she’ll have background in both the arts and sciences.

“Being with Sophie is like really great food. You always want to be around it and share its goodness with everyone,” senior Lily Round said. “This summer, I had a dream about a lizard divergent boy, and when I told Sophie, she insisted we recreate it. So, for an entire day, we made a giant replica of this boy-lizard’s head out of paper mache and then painted it. Sophie has literally made my dreams come true.”

Matt Damon Shines in The Martian