Owen Imasaki: A force to be reckoned with 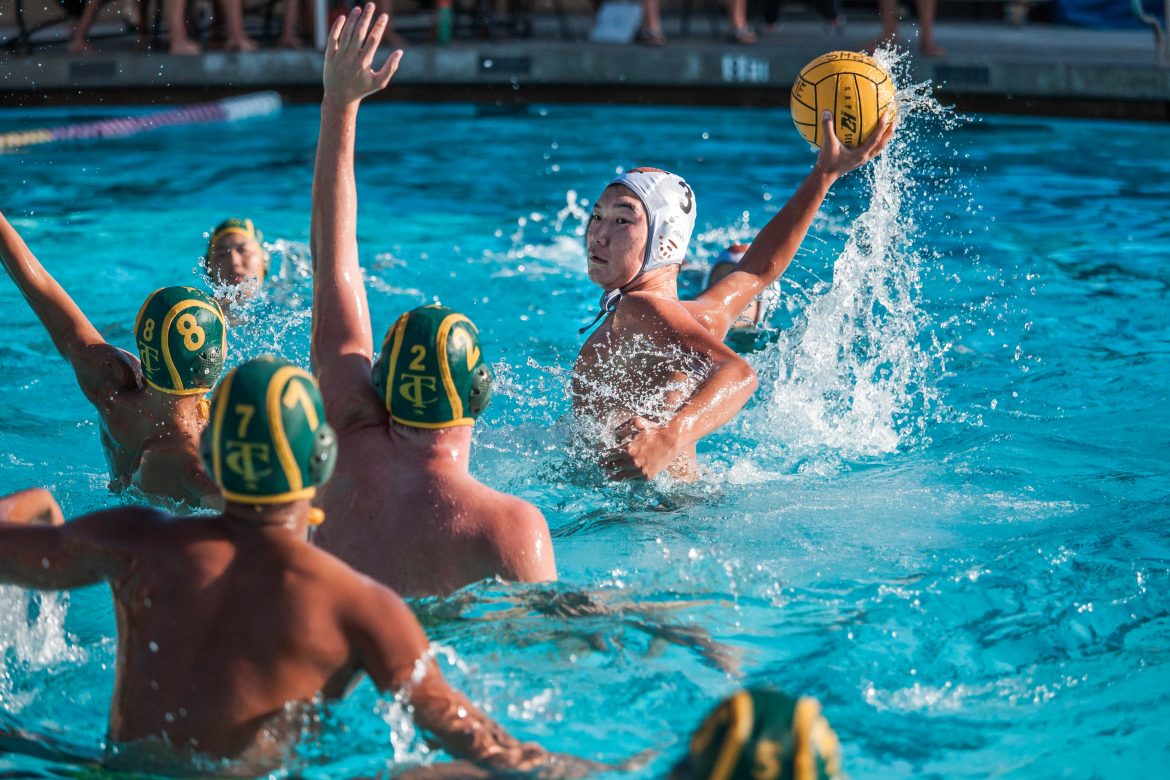 A pivotal part of the offense, Imasaki looks to lead the Tigers to another RHL title this year.

Sophomore Owen Imasaki has established himself as one of the varsity boys’ water polo stars in only one year. A physical powerhouse, he is an intelligent player with a knack for scoring goals. However, this dominant and confident athlete was nowhere to be found in the beginning of his freshman year.

The first few games of Imasaki’s high school career were daunting. Before his first preseason match against Flintridge Prep, an unfamiliar sense of anxiety began to swell. Imasaki typically exuded confidence in the water and delivered results, but that assertiveness quickly faded as he stepped into the pool.

The starting whistle blew and in the span of a few seconds, the pool had transformed into chaos. The other team loomed with bigger, older, and faster players. Passing lanes clogged up, Imasaki’s legs turned to lead, and he struggled to keep his composure. In the heat of the game, it was a jarring realization. Imasaki had to adjust to the drastic changes if he wanted to succeed.

Those first games were exhausting, but Imasaki was determined to improve his performance. He immediately analyzed game film, searching for answers. He knew he was one of the smaller, less experienced varsity players and Imasaki concluded that he could only do one thing: play smarter. During the following weeks, he would anticipate how an opponent would behave and quickly follow with a counterstrike to stay one step ahead. He would push himself outside the pool by spending more time in the weight room for strength training and conditioning.

In the end, the dedication would pay off. Imasaki quickly acclimated to this new rigor and began to thrive. The varsity team reached incredible heights last year, remaining undefeated in league play.

“I realized that it’s just a regular game,” Imasaki said. “Nothing different from what I’ve been doing before.”

With the upcoming school season fast approaching, Imasaki is itching to return to the pool and compete. He will move into the middle lane this year — where many high-action plays are conducted — so it becomes paramount for him to keep on improving his playing standards. While Owen Imasaki is committed to the team’s success, he still has one last personal aspiration.

“I would like to be the next MVP,” Imasaki said. “I think I can get it. [I just] have to keep working hard.”