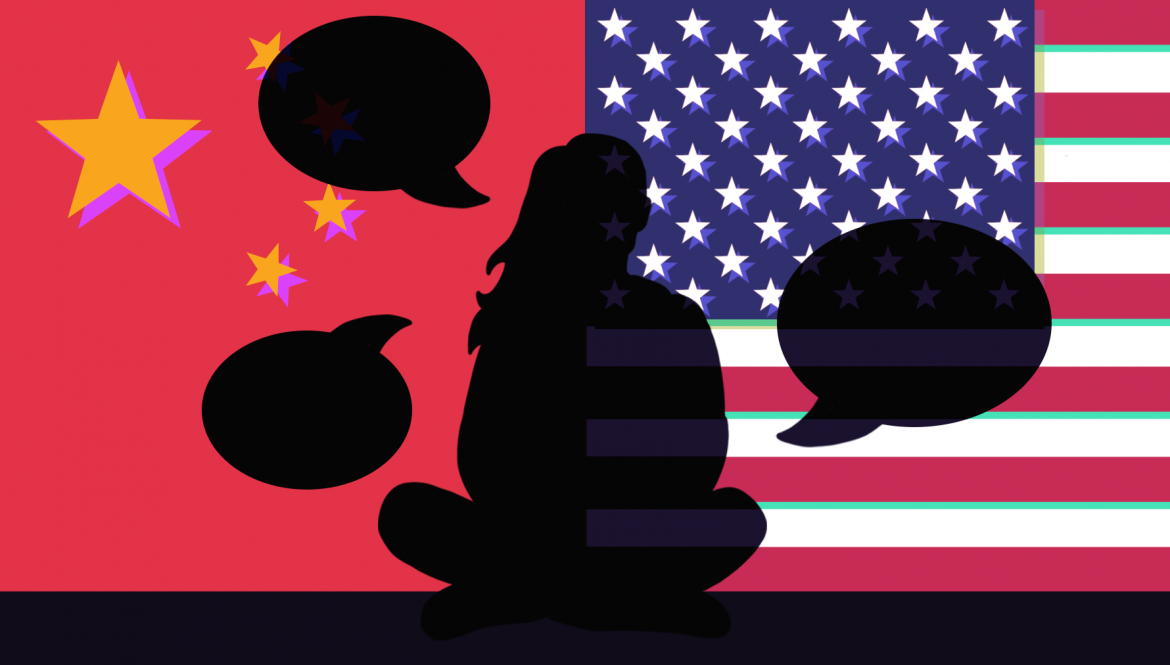 Asian Americans must uplift BIPOC, not have their success exploited by America's white supremacy.

My transition to South Pasadena Middle School was rough, more so than the expected awkward pre-teen experience. Perhaps it was because I had spent the summer before internalizing outcast-protagonist young adult novels and proudly displayed this newfound sense of individuality in a navy American-flag sweater that I wore nearly everyday of sixth grade — coupled nicely with the fact that I also sat alone during lunch.

I was also at the age of a “racial recognition,” which was characterized by self-hatred. However, self-hatred in this case is not the product of individually formed insecurities, but a common symptom of internalized racism, which is the product of the racism that victimizes people of color. Internalized racism is a system on its own that conditions people of color to develop ideas and behaviors that uphold white supremacy.

It’s important to acknowledge that the category of “Asian American” encompasses an extremely diverse variety of peoples, despite being often used in sole reference to those of East Asian descent. In this article, I’m going to mainly unpack my experience as someone who is ethnically Han Chinese.

Much of my personal encounters with internalized racism were in conjunction with physical insecurity. On top of feeling fat due to the skinny beauty standard, I also felt ugly because of Eurocentric beauty standards. I used to type into Google “why are Asian people so ugly?” and spend hours reading Quora commentary on the subject.

In the Asian-American community, physical insecurity is often displayed in the purchase of double-eyelid tape or late-night-in-front-the-mirror attempts to “correct” one’s facial features with physical force. For example, I would hold my nose upright for prolonged periods of time in a hopeless pursuit to thin it out, because God forbid I blend into the homogenous mass of mundane Chinese.

Then, there was a rejection of my own culture. The reason why I cannot read or write, or even properly speak and understand Chinese is due to the fact that I have made an active effort to disconnect myself from being Asian American. This includes everything from food and clothing to even the people I wanted to be friends with.

The ultimate goal was to be an “anti-Asian” girl: as close to white as racially possible.

“Because race is a social and political construct that comes out of particular histories of domination and exploitation between Peoples, people of colors’ internalized racism often leads to great conflict among and between them as other concepts of power — such as ethnicity, culture, nationality and class — are collapsed in misunderstanding.… This can create a hierarchy based on closeness to the white norm. At the same time it cripples all of us in our attempt to create a society that works for all of us,” Women’s Theological Center member Donna Bivens said in Internalized Racism: a definition.

East Asian people are arguably at “the top” of this racial hierarchy, meaning that they are the people of color closest to America’s “white norm.” In fact, there has been debate over whether East Asian people can even be considered people of color. In the 21st century, the definition of “person of color” has been less about physical characteristics and more about who racism has affected.

Turning Point USA president Charlie Kirk said the following in regards to an activity he refers to as the “white privilege walk,” in which one takes a step forward for each privilege stated: “[The activity] always spectacularly backfires [for] the left if you have any Asian kid in your school, because the Asian kids always win. I mean, look, that actually should be applauded because they’ve lived the American Dream over the last 50 or 60 years. And as a culture, they’ve made really good choices[…] stayed together, valued education. So [the white privilege walk ends up becoming an Asian privilege walk]. And [the left] has to try to justify it like, ‘Oh no, that’s not really true. We’re really racist as a country.’”

East Asian success is largely due to restrictive immigration policies during the bulk of racist structuring in this country and the fact that most East Asian immigrants are wealthy and educated. These are the circumstances that have allowed Asian Americans to make the “good choices” Kirk describes — choices that the Black community continue to be denied.

There is also the fact that America has become less racist towards Asian people. Scholar Ellen D. Wu, in “The Color of Success” writes that prior to the civil rights movement, Asian Americans had been portrayed as degenerates and were subject to lynchings and segregatory laws. But by the civil rights movement, preferential treatment was given to the influx of “professional” Asian Americans that came in 1965, the year restrictive immigration policies were repealed.

However, America’s lessened racism towards the Asian American community did not at all contradict its overarching racist aims. Instead, white supremacy adopted propaganda — the model minority myth — which many (like Charlie Kirk) have used in order to weaponize Asian American success against other people of color.

The myth also harms the Asian-American community, obscuring its diversity and often denying Asian people the autonomy to validate their own experiences with racial injustice. Because regardless of economic situation, Asian Americans still experience racism, from “coronavirus attacks” to media representation, casual otherization, and other consequences of constant subjection to a white standard.

Another destructive effect of the myth is its grouping of Asian and white people as “superior to non-Asian POC.” Asian Americans insert themselves in the active fight against racism much less in comparison to other people of color. In fact, the community is often complicit in racism, rather than in combat against it.

There is so much anti-Black racism in the Asian American community. The image of Tou Thao standing next to Derek Chauvin’s knee on George Floyd’s neck is a chilling embodiment of the loved-by-racists idea that Asian people will not only avoid fighting racism, but will be actively complicit in white supremacy’s destruction of Black people.

In fact, This is what Charleston shooter Dylann Roof said in regards to East Asian people: “I have great respect for the East Asian race. Even if [the white race] were to go extinct they could carry something on. They are by nature very racist and could be great allies of the White race.”

Roof is logically forced into praising East Asians. The very existence of Asian success destroys the racist falsehood of “white superiority” and thus, must be weaponized against, not used for America’s white supremacy. Asian Americans need to uplift BIPOC, especially in work to dismantle the community’s pervasive anti-Black sentiments. Ultimately, people of color need to unite in order to annihilate the true enemy at hand: America’s racist system that continues to encourage self-hatred and division within the BIPOC community.