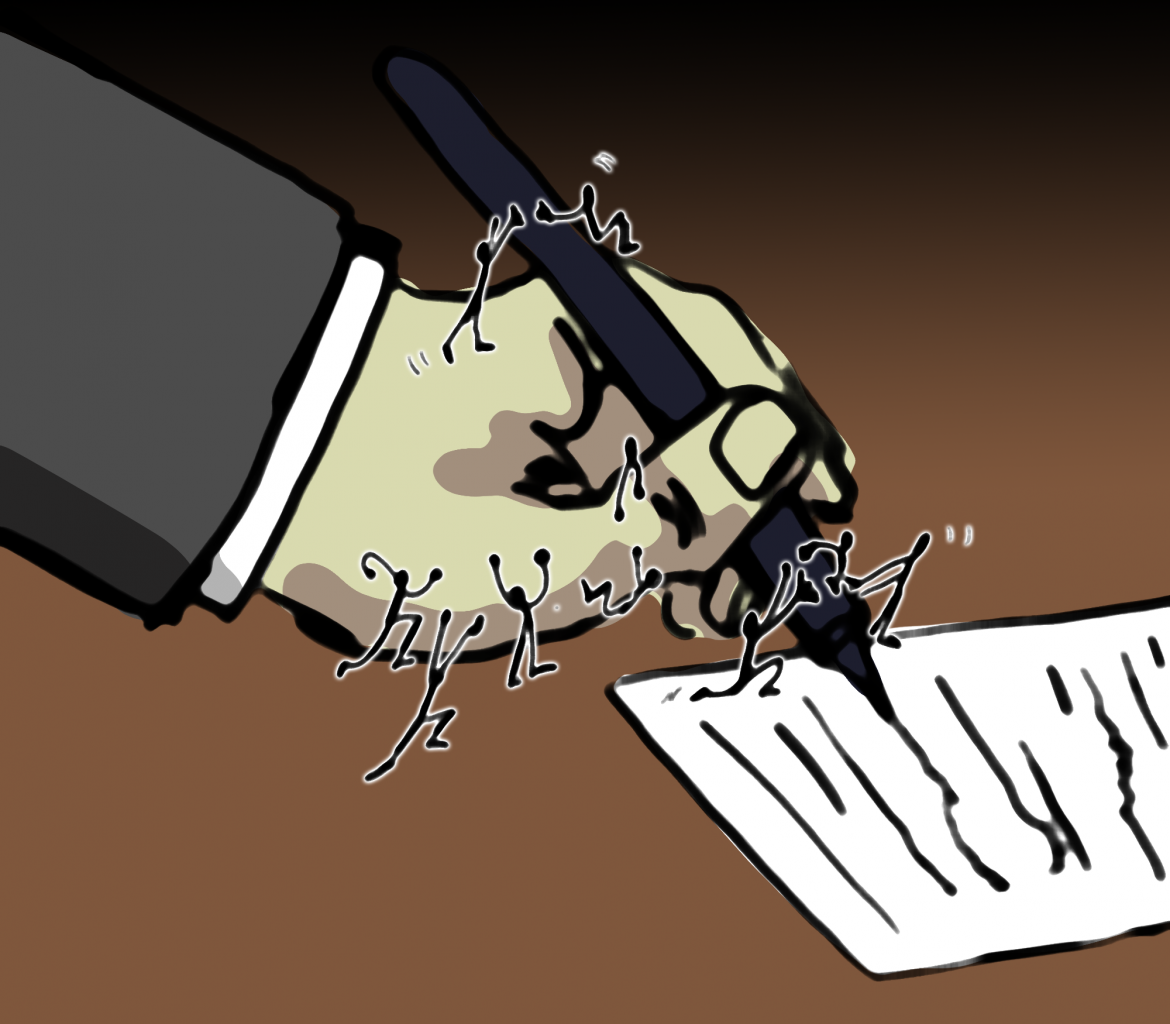 Anti-democratic policies infiltrate every aspect of government from national to local structures, begging the question; how can we fix it?

From local to presidential elections, voters line up to cast their ballots with the promise of change. However, little reform is ever seen on any level, local or federal. The South Pasadena City Council circulates the same group of people in and out of office, which dismisses the opportunity for a change in ideas. Local groups’ calls to action, such as the case with South Pasadena Youth for Police Reform, are never taken seriously, with little to no tangible progress other than a commemorative mural. The biggest factor in this lack of responsiveness is the fundamentally undemocratic structure of government that strives to protect private profits rather than provide an equitable democratic system.

The inherently undemocratic structure of the U.S. government could take part of the blame for the conservative nature of the political system. This failure to provide a true democracy can be traced back to the formation of the government in the late 1700s. Edmund Randolph, the seventh governor of Virginia and Constitutional Convention attendee, spoke of the senate as “less than the House of Commons… to restrain, if possible, the fury of democracy.” The U.S. government system was not founded to reflect the needs of the people, rather, a class of wealthy elites.

This failure of democracy manifests itself in an abundance of different forms, including voter suppression. For the first 80 years of American independence, only white, land owning males could vote. Even after African American men were granted suffrage, their right to vote was still suppressed via loopholes like the incredibly difficult voter literacy tests that favored white citizens. In the present day, voter suppression still targets marginalized groups through difficult to access polling locations and restrictive voter ID requirements.

Along with voter suppression, the illusion of choice is among the many fallacies of the American democracy. As the middle class continues to disappear, and conglomerates buy up every company, the upper class’ grip on politics is stronger than ever, and is overpowering the voices of the average American. This disconnect can be seen in the current presidential race today, in which both candidates almost exclusively represent upper class interest. Biden’s refusal to implement any form of universal basic income (UBI) or actual climate change measures, and Trump’s refusal to even acknowledge the existence of evictions or climate change are made less surprising when accounting for corporate interests.

Local government closely mirrors the federal government in its resistance to change. Council member Cacciotti was first elected to the South Pasadena City Council and was reelected in 2005, 2009, and 2013. He additionally served as Mayor in the 2003-2004, 2007-2008, 2011-2012, and the 2017-2018 terms. The minimal change in local government figures erases the accountability needed to remain independent from political pressures and be responsive to local needs. It additionally limits the space for new ideas. Corruption runs just as rampant in local government as it does in federal, an example of this being former councilwoman Khubesrian’s admittance to sending harassing emails under a pseudonym.

Also playing a role in the U.S.’ further declining democracy is political apathy. This refusal to exercise voting rights undermines the struggle of activists that fought for suffrage throughout American history. Moreover, a privileged persons’ indifference inevitably harms disadvantaged communities that rely on government policy and would otherwise have difficulties voting due to limited ballot access.

Many regard revolution as a path to a more democratic society, however this process is not as dependable or successful as reform through incrementalism. For example, improving voters’ rights by ending gerrymandering and abolishing the electoral college would ensure that more voices are heard.

Revolution can only come about when the vast majority recognizes that the changes they want cannot be instituted within the framework of existing institutions. In the meantime, Americans can advocate for reforms to democracy through voting and protest. One must come to view reform and revolution not as contradictory forces, but as companions that are essential for helping to carve out a more just America.

Economic frustration must be directed at the extremely wealthy

Calculus for a Cause set to host virtual event