Top Posts
Teachers voice concern over adopted learning models
Community may get a chance to vote on...
SPUSD outlines plans for distance learning during the...
Anti-Zionism cannot be equated with anti-Semitism
Anything goes?
L.A. complies with statewide protections and improvements for...
LARPing: an activity to experience the game beyond...
Residents voice encounters with the SPPD at virtual...
Why affirmative action is necessary
CIF announces athletic calendar for 2020-2021 school year
Home Featured Non-varsity XC performs exceptionally well at Dana Hills Invitational
FeaturedSportsWeb Exclusive 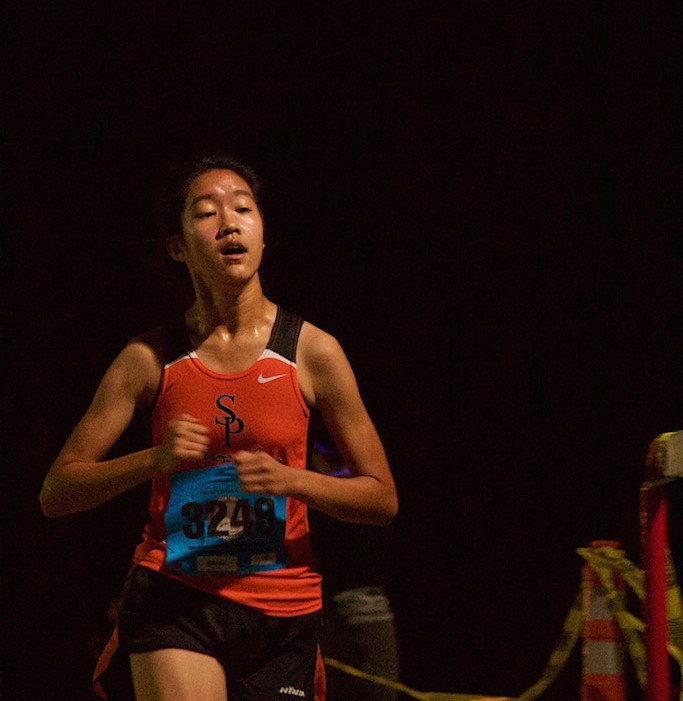 By Isabel Barbera and Olivia Chiu

South Pasadena Cross Country once again demonstrated its talent today at the Dana Hills Invitational, a non-varsity only race. While no girls’ teams were able to score points due to an insufficient number of runners, all of the boys’ teams were ranked. Both underclassmen boys’ teams performed remarkably, with freshmen boys placing second of 11 teams and sophomore boys securing a notable first place of nine total teams. Junior and senior boys attained seventh of eight teams and sixth of ten teams, respectively.

The lack of runners due to injury left the girls’ squad with only three runners on Saturday. Junior Katherine Conte was the solitary Tiger representative in the junior and senior race and earned 37th place out of 89 with a time of 22:58. In the freshman and sophomore race, sophomore Caroline Liu took 21st out of 79 with a time of 21:59, and freshman Carmella (Star) Shaffer took 43rd at 23:46.

“The team did well, but it is important to remember varsity was excluded from this race,” Rollert said. “However, it was also an important opportunity for non-varsity runners to step up and showcase their strengths.”

Non-varsity will compete again at the Staub/Barnes Invitational next Saturday, October 3.