Mosaic Church tests the waters, hosting an interest night at the Rialto 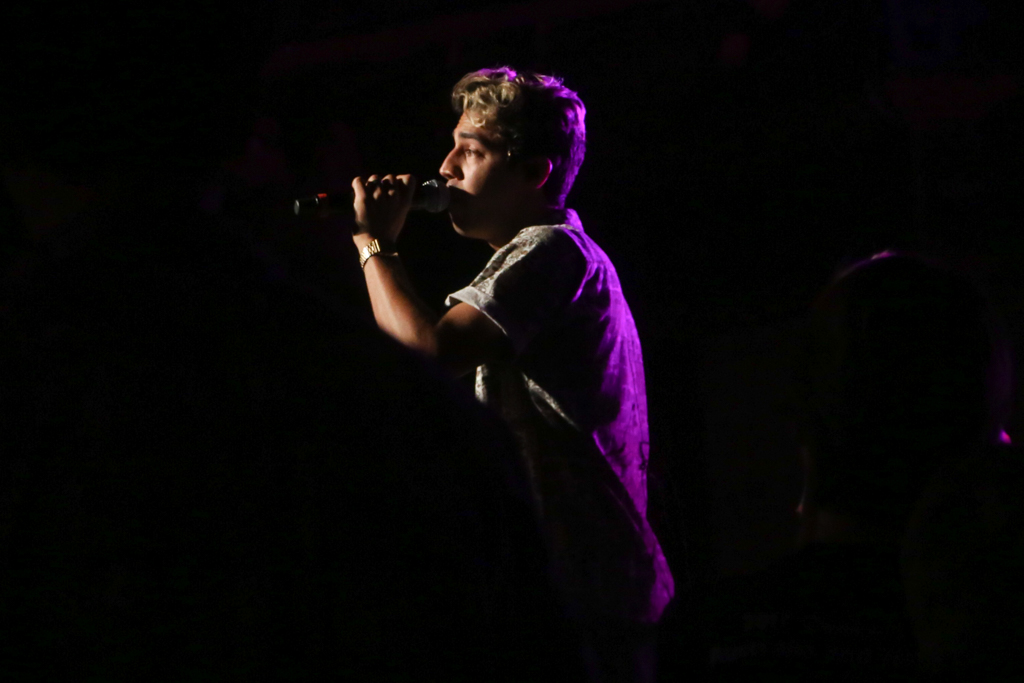 the youthful gospel band presented a contrast to the old, dilapidated state of the theater they played in.

The corner of Fair Oaks and Oxley was unusually lively on Saturday night, crowded with people waiting to enter the Rialto. Mosaic Church, which was recently leased the dilapidated theater, hosted a public “interest night,” designed to inform the residents of South Pasadena of their intentions with the Rialto moving forward.

The event kicked off with an entertaining performance from a live band. The mini-concert offered a modern form of prayer for the church. The music resembled a mix between Coldplay and Christian rock; the lead singer, a young man with bleach blond hair, invigorated the crowd, already excited by the plan to open the new church location. With the crowd energized, Erwin McManus, Mosaic’s lead pastor, took the stage to lead the group in prayer. McManus, a Salvadoran-born author and designer, became senior pastor of Mosaic in 1993.

After the prayer, McManus addressed the crowd about the impact the church would have in the community, and possible hurdles the Mosaic could encounter.

“We know churches have bad reputations in communities,” McManus said. “But we want to turn that reputation around.”

McManus stated that the church would do everything possible to uphold the standards of the community.

“We are committed to restoring it to its most beautiful version,” McManus said.

Along with physical restoration, the church aims to create an atmosphere that the entire community can participate in.

While the church goer’s ranged from children to the elderly, the group was mostly dominated by young millennials. The laid back, modern vibe of the service catered to the younger part of the crowd, especially the high schoolers. Church leadership is also very youthful, and it seems as if they are focused on recruiting high schoolers and young adults to the church.

Along with the theater, Mosaic has also rented the property next door, which they intend to turn into a child care center. The church has also expressed interest in buying other properties in the area, where the youth group would be able to attend meetings and events.

The church will host another public event at the Rialto on August 19 and will continue meeting once a month on Saturdays.

Fake news: an issue on both sides