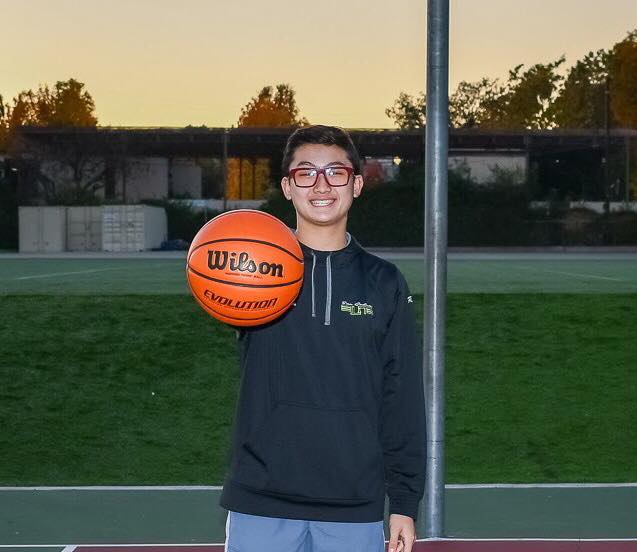 At five feet eight inches, Rodz is a physical force on the court and football field.

Tri sport athlete Titus Rodz has a lot on his sports plate this year. Naturally gifted with a combination of speed, power, and size, he is a star athlete on the SPMS football, volleyball, and basketball teams.

Outside of SPMS, Rodz has been playing with the San Gabriel Valley (SGV) basketball club and the San Gabriel Elite volleyball club for nine years. His raw talent shined as his club team recently placed sixth in Southern California in a qualifying tournament.

Rodz juggles at least two practices year round and usually finds himself in a demanding schedule: school, practice, another practice, and homework. Even with his hectic schedule, he’s still able to perform at a high level throughout all of his sports. Rodz has devoted most of his life to sports and his hard work will pay off next year at SPHS.

“He’s a great player because he understands the game,” SPMS basketball coach Danny Rios said. “He allows the game to come to him and utilizes his natural abilities for rebounding and getting up the court.”

Sophomore Abby Garner and junior Lola Foord have led girls volleyball to a record-setting season. Despite making it all the way to the CIF State final, next year’s squad is projected to be even better. Jenna Garner and Helena Foord are both highly skilled outside hitters who will add depth to the Tigers’ rotation. Both produce strong kills for the San Gabriel Elite volleyball club at the Roshambo level.

Garner and Foord grew up in volleyball families, traveling across the country for tournaments and spending hours on end watching their older sisters’ games and practices. Exposed to the sport at such a young age, they took their families’ passion and were inspired to try out and follow in Abby Garner and Lola Foord’s footsteps.

“Watching my sister play inspires me because she’s a big role model of mine and I can see how a good teammate should act, which has rubbed off on me.” Helena Foord said.