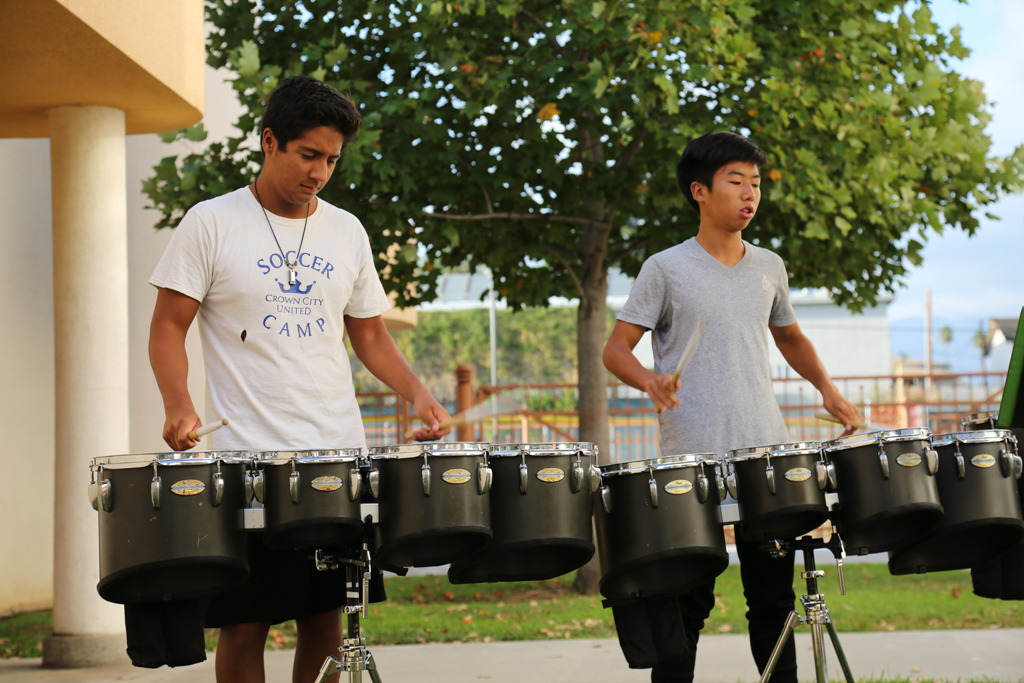 SPHS Marching Band members began Band Camp on Monday, August 1, on the SPHS campus. There, they engage in activities to improve both their individual performance and their relationship with fellow Band members.

Newcomers and returnees separate during the day as they learn and review marching techniques and school pep songs. Band members also learn to practice in sections with others playing the same instrument, with the entire band, and while marching with the rest of Color Guard.

“At band camp, I hope to get to know my novices as I prepare them for the upcoming marching season,” junior Tiffany Chen said.

South Pasadena High School’s marching band has performed exceptionally well in recent years. Marching band made it into the WBA Championship finals for the first time in SPHS’ history in 2014, and once again last year.

The two-week long camp will end on August 12, but Band members hope to maintain their impressive record come competition season, which starts October 15.