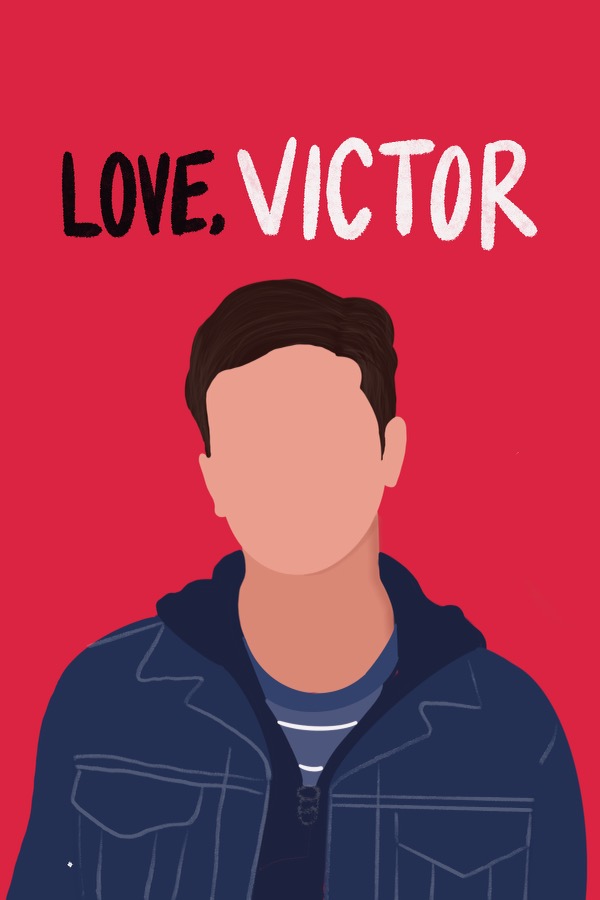 Isaac Aptaker and Elizabeth Berger’s masterful writing brings Hulu’s hit teen drama Love, Victor to life. Based on the successful movie, Love, Simon — Love, Victor centres around Victor Salazar (Michael Cimino), his friends, and family as they navigate through their complicated lives. As Victor struggles to understand himself, the world, and what it means to be gay, he seeks advice in Love, Simon’s Simon Spier (Nick Robinson). The release of the second season, with heartfelt story arcs and passionate acting, has given the characters a sense of realism and depth that leaves one craving more.

Victor Salazar, the show’s protagonist, is a brilliantly crafted character that is not only realistic but relatable. Throughout the show, Victor struggles with his identity, whether it be discovering his sexuality or understanding how the world perceives him, straining a few relationships along the way. Unlike other shows, Victor’s struggles within the gay community break down stereotypes, including his own, about what it means to be gay. The show cleverly illustrates the LGBTQ+ community’s diversity when Victor struggles with his superficial belief of what the gay community is. Ultimately, he learns that the gay community is filled with people just like him, and, all the while, many people that are unlike him.

Victor also grapples with many insecurities such as not fitting in (both at school and in the LGBTQ+ community), escalating problems at home, and embracing who he is regardless of what people think; engaging struggles familiar to viewers. Victor’s devoutly religious Hispanic family, problems between parents, moving, and limited access to the gay community growing up created an internal fight to love himself. Regardless, Victor’s strength comes in how he’s able to tackle these problems and his growing fearlessness in face of adversity.

One of the biggest praises that can be given to the writers is how they depict an openly gay teen couple. The writers give a fairly accurate account of teen romances complete with confusion, heartbreak, joy, and drama. Similar to straight couples, Victor and his boyfriend face fears regarding sex, fights, reconciliation, and more; toppling the notion that sexuality defines what hurdles a couple has to overcome. Despite this, it also shows different problems the other couple isn’t likely to encounter, like questioning whether or not your significant other’s parents will accept you, let alone like you.

In addition to the excellent writing, Michael Cimino has a major role in bringing Victor and the show to life. As the show progresses, Cimino grows more confident and comfortable portraying Victor. Cimino’s growth is best seen in how Victor matures throughout the show; Cimino’s growing tenacity is perfectly displayed in Victor’s newfound boldness. Cimino’s acting brilliance can also be seen in his portrayal of an LGBTQ+ character, without being LGBTQ+ himself. He respectfully plays a gay character and his conviction brings Victor’s problems to life. Overall, Cimino gives Victor depth as a character, flawlessly illustrating the naïve, caring, and empowering teen.

Of course, Victor is not the only character on the show. Isabel Salazar (Ana Ortiz), Victor’s mother, shows immense growth throughout the series. Ortiz, somehow, instills Isabel with a fighting spirit that continuously grows as the show goes on, a testament to Ortiz’s acting genius. Through his witty portrayal of Felix, Anthony Turpel exudes positivity and classic “boy-next-door” energy, while still expressing his character’s complex layers and personal struggles In addition to Isabel and Felix, Lake (Bebe Wood) is one of the characters that really matures on the show.

At first, Lake appears to be another teenager caught up in social standing and image. Despite that, the writers delve deep into her character, exposing a teenager that is seeking admiration and struggles to love herself. Her internal conflict, brought about by societal pressure, helps explain her obsession with public image. Wood does a superb job of embodying her character’s strife by personalising Lake’s pain, evoking empathy in the viewer. Despite all her problems, Wood’s acting also conveys a different Lake, one who has overcome her internal struggle with the help of her friends.

One of the show’s key components is how the writers manage to weave together a complex series of relationships, making the show feel authentic. The show’s main characters – Victor, Mia, Lake, and Felix – develop alongside one another, always supporting each other through their problems, whether it be with their parents, relationship drama, Victor coming out, or trying to find their places in the world, the four of them become integral parts of each other’s stories. Each character knows certain pieces of the others’ stories – i.e. Mia (Rachel Hilson), one of Victor’s closest friends, knows more about Victor’s love life, while Felix knows more about Victor’s problems at home – similar to seeking advice from different friends for different problems. Of course, the show does well to educate the viewer on the LGBTQ+ community and some of its struggles by explaining the importance of community; illustrated in how Victor seeks guidance from Simon throughout the show. The show also emphasizes the importance of being unapologetically you; as Victor questions whether drag is “playing dress-up” a friend of Simon responds with, “That [being forced to pretend to be straight] was a character. That was drag. This is just me being me.”

Love, Victor is more than just a show, it is a relevant message to the masses that, regardless of who loves who, love is never wrong. The series manages to develop their characters into real people with real lives through exquisite writing and acting prowess. As we await another season of Love, Victor, the first two seasons of this show are a worthwhile watch.