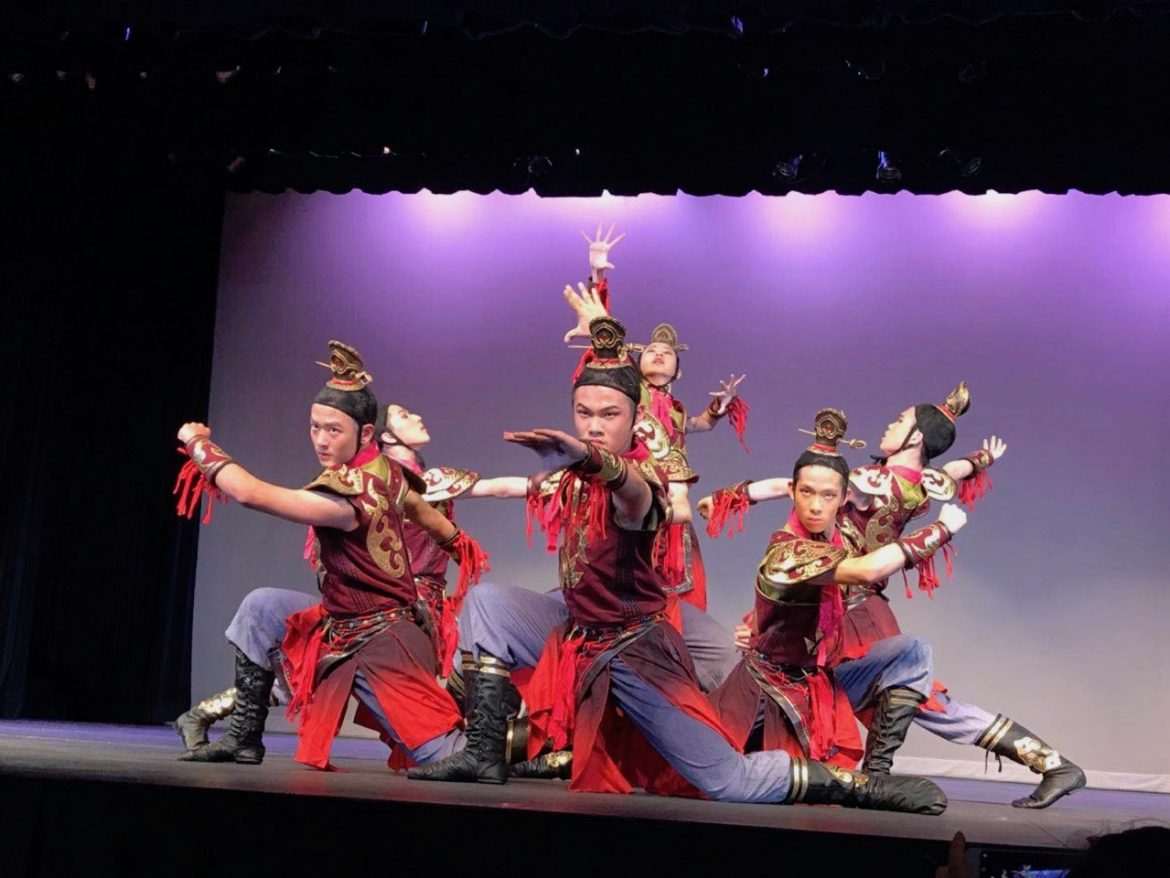 Students from The High School Affiliated to Renmin University of China perform a dance at South Pasadena Middle School's Auditorium, as part of an event hosting the Beijing students put on by the South Pasadena Chinese Club to commemorate the Lunar New Year.

Photos by Brandon Yung
and courtesy of Sulynn Chee

Students from South Pasadena and Beijing exchanged culture and conversation at South Pasadena Middle School, where a performance and social event celebrated Chinese New Year. The Beijing high schoolers put on a Chinese New Years performance for in the middle school auditorium, and afterward, were treated to a Southern California delicacy: In N’ Out. 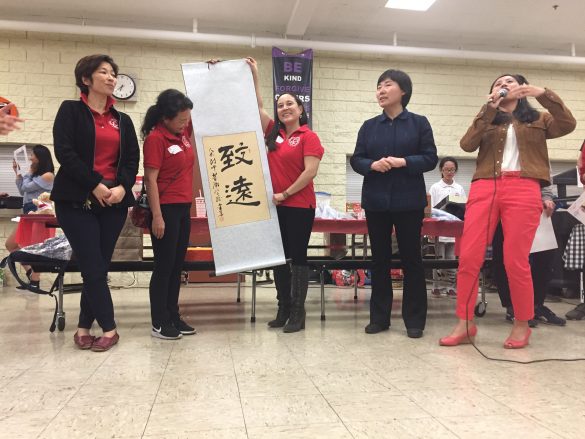 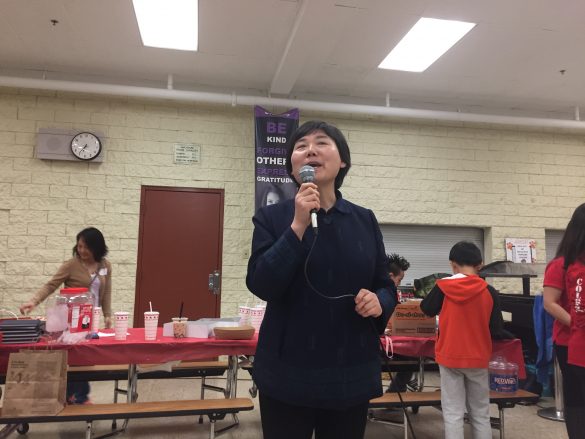 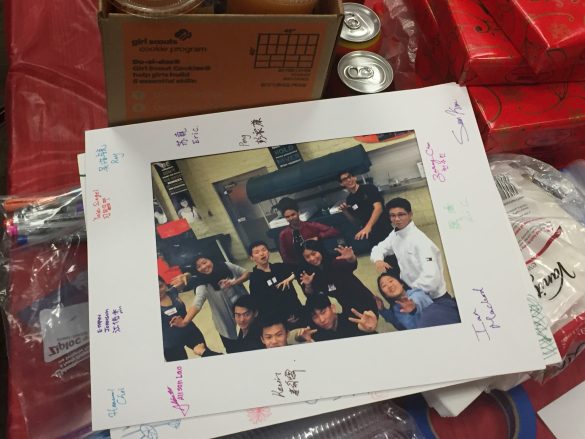 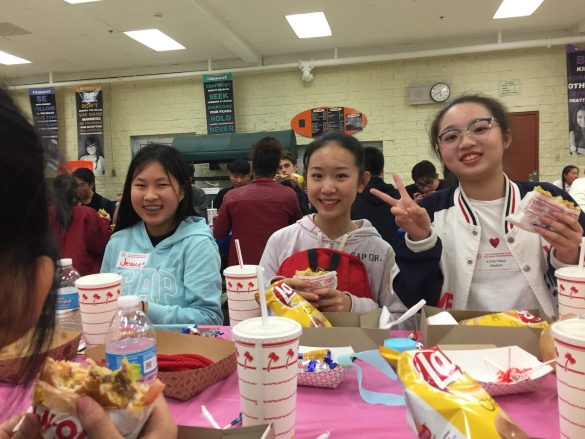 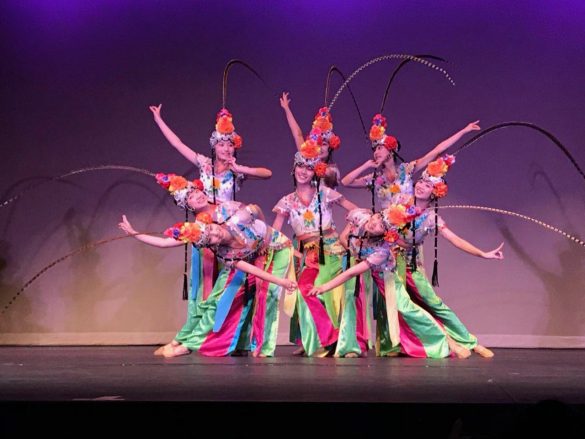 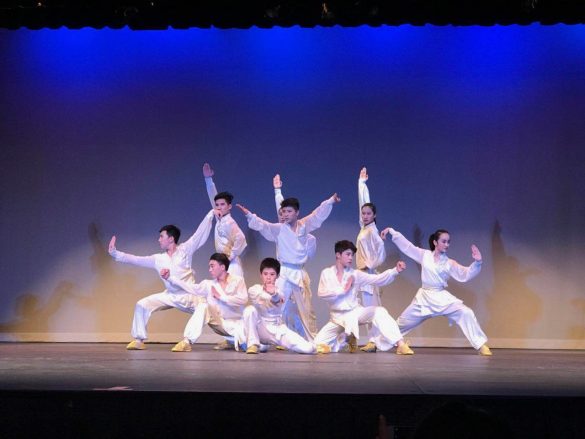 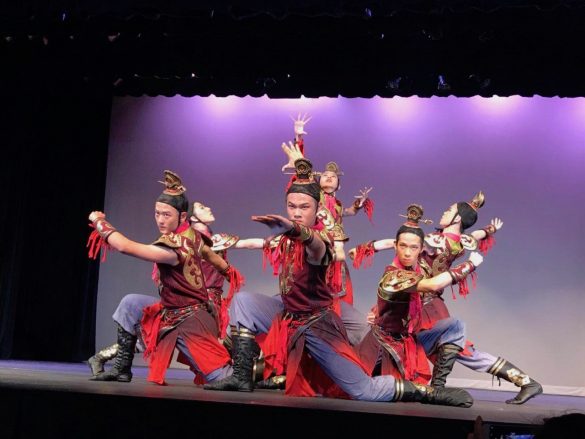 The event, put on by the South Pasadena Chinese Club, celebrated the start of Chinese New Year on Sunday, January 28. Students from The High School Affiliated to Renmin University of China (RDFZ) stopped at SPMS on a tour around Southern California. Students at the top of their disciplines performed choreography, traditional Chinese music and martial arts to the crowd. Before the performance, South Pasadena School District Board Member Jon Primuth gave a special welcome to the troupe, all in fluent Mandarin Chinese.

After the high-caliber performance, students from Beijing and South Pas congregated to sit down for a meal of In N’ Out burgers. Students from Chinese classes practiced their language skills with the Beijing students over Cheetos, animal crackers and collaborative, camp-style games. As students became more acquainted with each other, music recommendations, emails and WeChats were exchanged. Curiosity into one another’s culture even led to deeper discussion among students who may look alike, but who come from completely disparate places.

Paul Jiakang, a junior at RDFZ, didn’t shy away from talking politics as a humanities student. Jiakang said he finds American culture curious, and its political system intriguing. In Orlando, Florida, he noted how he would see news stories about gun violence on the television when he woke up in the mornings. Kevin, another RDFZ student, found common ground with Higher Brothers, a Chinese rap group that has gained recent traction in America. He rhymed along with some others to their breakout song “Made in China.”

After this first East Meets West event, the South Pasadena Chinese Club hopes to make it an annual tradition. Sulynn Chee, the Cultural Chair at SPCC, suggested the possibility of coordinating a student exchange program with RDFZ in the near future. Chee stressed the importance of maintaining a cultural connection for young people.

“The value of it is just to know that these other kids have a lot of similarities. Just to create a contact.”