Intersection: Books, movies, and TV shows about and/or created by LGBTQ+ people of color 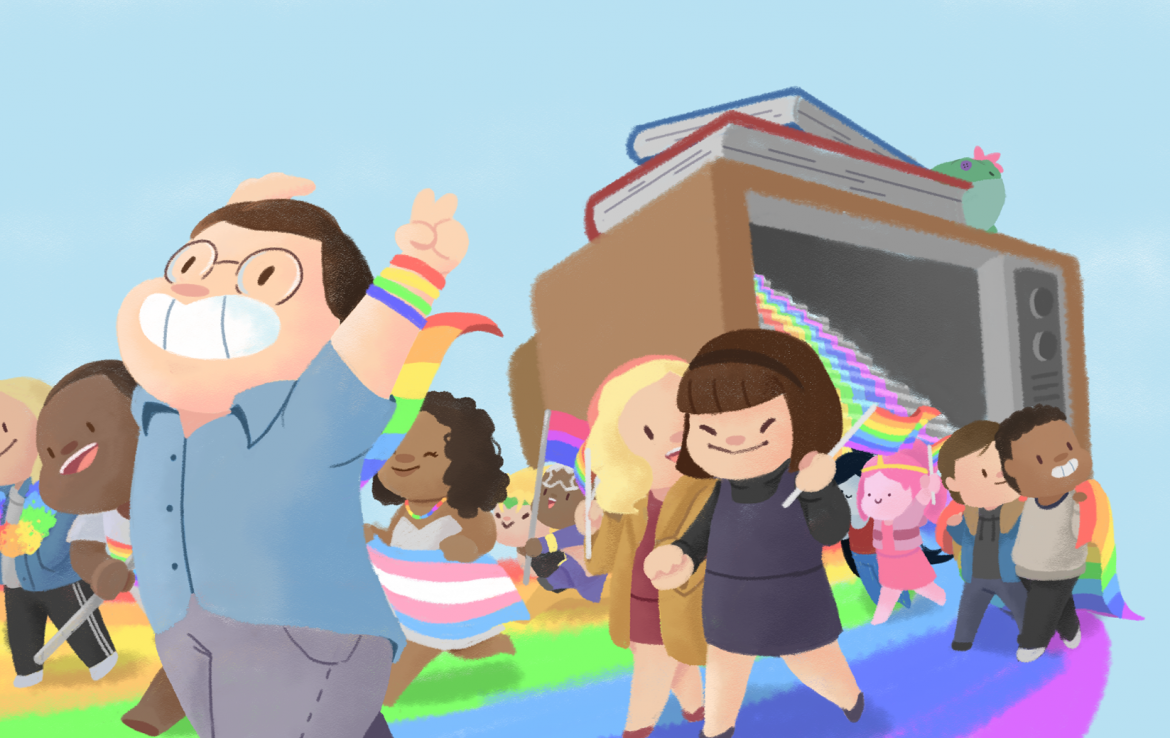 Listening to and celebrating diverse LGBTQ+ voices doesn’t stop on the last day of Pride Month.

Intersectional LGBTQ+ representation in mainstream media is growing increasingly prevalent as film, books, music, and TV strive to be more inclusive. Although queer and racial stereotypes still appear frequently in popular media, more projects continue to move towards telling stories about complex characters that aren’t completely defined by their sexual orientation or their racial identity. In recognition of the importance of giving these stories the visibility they have historically not been afforded, Tiger compiled a list of extraordinary movies, TV shows, and books about and/or created by LGBTQ+ people of color.

Moonlight
Moonlight offers a look into three defining chapters in Chiron’s life as he endures struggles at both home and school. Chiron is nicknamed “Little” as a child, and is often bullied for being effeminate. Chiron’s father is not in the picture and his mother is a drug addict, so he ultimately relies on his Miami community to raise him. Moonlight explores several societal issues, including drug abuse, bullying, and homophobia. Each of these issues greatly affect Chiron and ultimately shape the person he becomes. Moonlight shies away from any of the stereotypes that often encompass gay film characters; Chiron is not defined by his Blackness or gayness, he is his own complex, multi-faceted person. Moonlight reinforces the importance of complex LGBTQ+ characters while simultaneously exploring the struggles that affect them.

Paris is Burning
Paris is Burning, directed by Jennie Livingston, is a documentary-style movie that depicts New York ball culture in the 1980s and the NYC African American, Latinx, gay, and transgender communities that surround it. The documentary alternates between footage of the balls and interviews with prominent members of the ball scene. The balls themselves are incredibly extravagant, with contestants being judged on their dance skills, the beauty of their clothing, and the authenticity of their drag. The documentary also explores the realities of the mens’ lives, touching on racial issues, homophobia, and poverty. Paris is Burning is a simply incredible watch. The film is hilarious and entertaining, yet doesn’t shy away from the issues that lie under the surface of the flamboyant ball culture.

Pose
Set in the 1980s, Pose explores New York City’s African-American and Latino LGBTQ+ ballroom culture. Created by Ryan Murphy, Brad Falchuk, and Steven Canals, the show both centers on and stars transgender and queer people of color. With intricate and nuanced storylines and storytelling, the show intimately explores the emotions and characters of its complex leads as they tackle the immense odds that come with their identity. Unafraid to tackle issues such as HIV, hate crimes, and drug use, Pose has received widespread critical acclaim — with actor Billy Porter becoming the first openly gay Black man to win a Primetime Emmy Award for Lead Actor.

Vida
Created by Tanya Saracho, Vida revolves around Emma, who is queer, and Lyn — two Mexican-American sisters who reunite after their mother’s death. As the two confront the growing chasm between them, they come to terms with a shocking revelation of their seemingly homophobic mother’s sexuality. The show offers an interesting look into life as a queer person of color in America through its themes of sexuality and discrimination. The show stars several LGBTQ+ actors, and many of the show’s writers and producers are people of color, queer, or both. Vida’s brilliant and forward-thinking writing, cast, and crew put it in a class of its own regarding QTPOC representation in the entertainment industry.

Freshwater by Akwaeke Ezemi
Written by Akwaeke Ezemi, Freshwater is a novel that follows Ada, a Nigerian person trapped between the human realm and the divine realm. The story is narrated by three perspectives: “the We” (the Nigerian gods that live inside of Ada), Ashugara (a god that breaks free from the collective “We” through the course of the novel), and Ada herself. Ada withstood a tumultuous childhood, labeled as schizophrenic and bipolar by those in her community that did not understand her divinity. Later in her life, Ada allows Ashugara to regain control of her body after a traumatizing abusive relationship. The remainder of the book follows Ada on her journey to acceptance, brilliantly exploring the spaces between masculinity and femininity, human and divine.

This Way to the Sugar by Hieu Minh Nguyen
This Way to the Sugar exquisitley captures the experience of living in America as a queer, Asian American man. The poetry collection explores race, sexuality, class, and tradition. Nguyen’s poem, “Flight” speaks specifically about suicide in the LGBTQ+ community. “At the bottom of Heaven’s sliding glass door: a row of gay boys. Each mistaking death for flight.” This Way to the Sugar tells the story of a man that so desperately wants to blend in to the point where he forgets who he is. Nguyen’s poetry is undeniably authentic and painfully heartbreaking.

Rolling the R’s by R. Zamora Linmark
Set in 1970s Hawaii, Rolling the R’s is a coming of age tale that follows Filipino 5th graders Edgar Ramirez, Florante Sanchez, Katrina Cruz and Vicente de Los Reyes as they navigate the struggles of sexuality and belonging. Edgar faces homophobia from both his community and his peers at school, so the book largely focuses on his personal growth and the acceptance of his sexuality. Each child is a second-generation immigrant and Linmark devotes many moments in the book toaddresses the racism that they face. Full with 1970s pop culture references, Rolling the R’s is like reading the diary of a fifth grader — melodramatic, amusing, and candid.