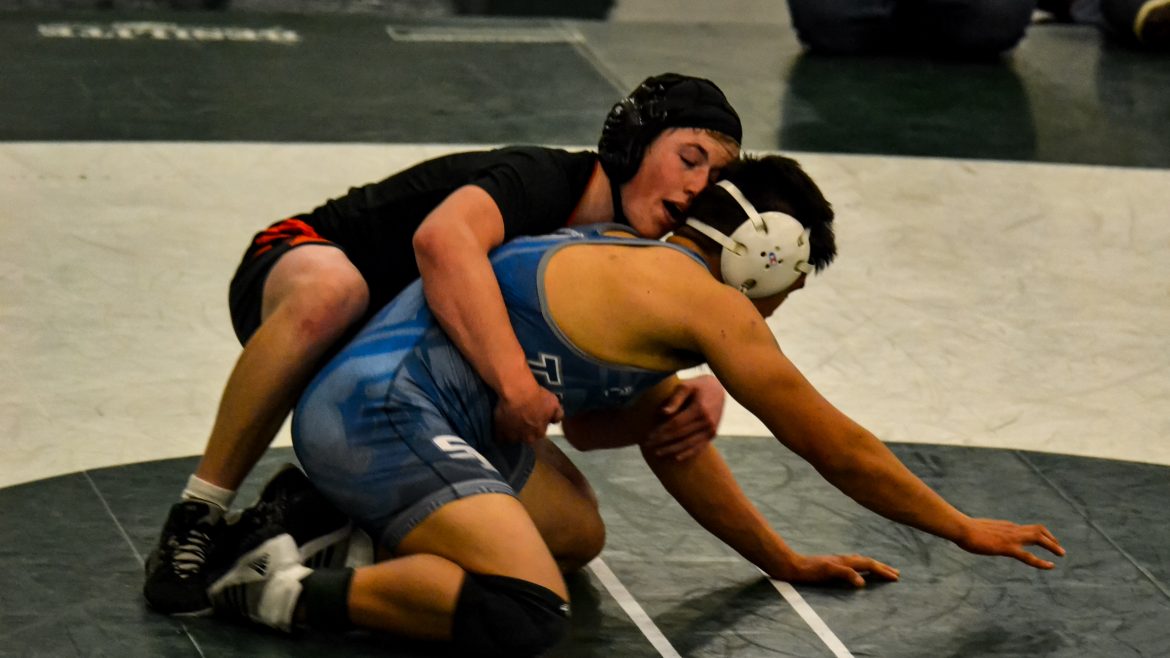 Junior Seung Ham started out strong for the Tigers, with a pin early on in the first round against a La Canada opponent. Unfortunately, heavy competition against a San Marino wrestler ended his league stretch with third place in the 113-lb class.

In typical fashion, senior captain Irvin Perez dominated the 120-lb class with swift takedowns in each of his matches. Pins against each opponent he faced secured a first place title for one of South Pas’s most dominant forces.

The Tigers continued their winnings in the 126-lb and 145-lb classes. Senior Nate Martinez secured a third place title after beating out Monrovia and Hoover opponents until he fell to a La Canada competitor. Devin Peries faired a similar fate, also achieving a third place standing after facing off against a Wildcat and Titan athlete. Things ramped up in the 152-lb class with senior captain Sebastian Chien, claiming first after beating out the competition.

Finally, senior Michael Blanco finished with 2nd place in the 220-lb class after a hard fight against a Monrovia wrestler.