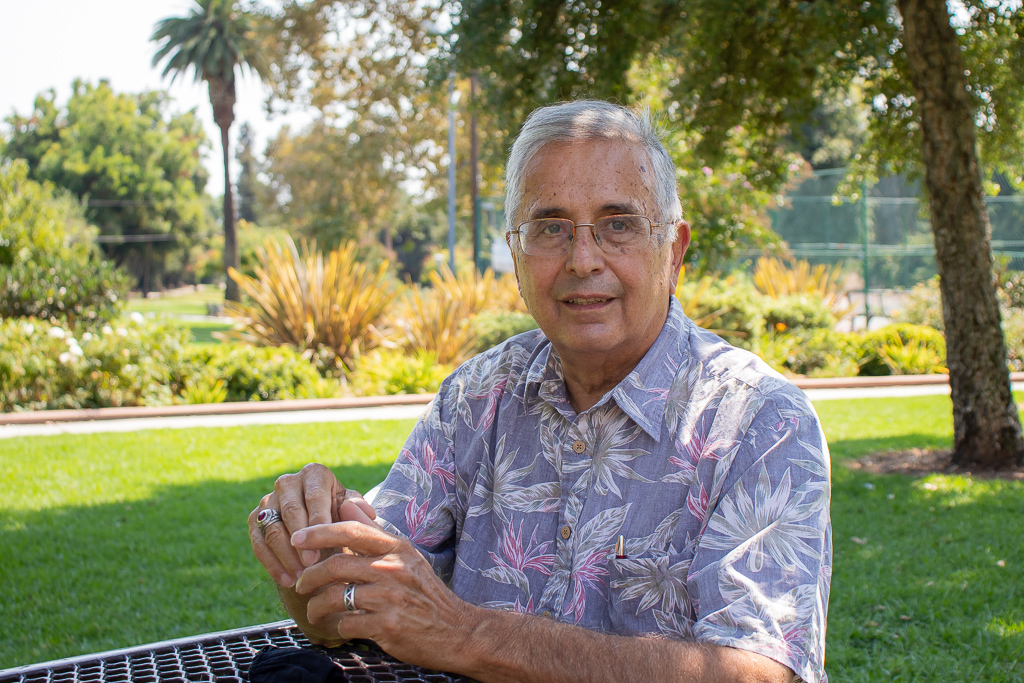 Felix Gutierrez, a Mexican American, moved to South Pasadena in 1956 halfway through his eighth grade year, and experienced the racist undertones present in the town during the 1950s and 1960s. Gutierrez spoke with Tiger about the racially homogenous and bigoted nature of his school and community while he was growing up.

The following interview has been edited for length and clarity.

What were your first impressions upon moving to South Pasadena?

Felix Gutierrez: It reminded me of those TV shows where the cast was all white unless they had a Black maid or Mexican gardener. There was an undercurrent that I noticed since the very beginning that became outspoken or an overcurrent about South Pasadena as a very bigoted, racist town.

When I first arrived here, [South Pasadena] was 99% white. My high school class of 1961 was white except for three Mexican students and three Japanese Americans. The racial mix is much different now, except for Blacks. I didn’t have anyone growing up that I could talk to about being Mexican. There was one Mexican lady at Rite Aid who worked there. Also, John Chavez, but that was it, everybody else was white.

What are some of your specific experiences or observations with racism in South Pasadena?

When my mom started looking at houses in 1956, she talked to the biggest realtor in town [but] he wouldn’t show her any houses. Back then there was no internet or alternatives [so] if the realtor wouldn’t show you a house you couldn’t buy one. That was it. He just told her that, “It won’t work out.” She said, “Why not?” He just said, “It just won’t work out. You should try Highland Park.”

People were welcoming but we did find out later that there were some neighbors on Milan Ave. that were circulating a petition, when it became known my family would be moving in, that they didn’t want any Mexicans moving in. I didn’t find out about it or know who signed it but my family is still here. Finally, my mother saw something in the realtor code saying no person of color could be in South Pasadena after sundown, and they couldn’t sleep in South Pasadena unless they were a household servant.

I spent the summer here and would go swimming at the pool with my sister and the year before they hadn’t let a black girl from Highland Park come in. [The girl] came with a group of white friends and they let the white friends in but they barred her because the lady at the swimming pool said, “This is for SP residents only and I know no Black people live in South Pas.” And she knew this because it was against the law for Black people to live in SP. We were antsy when we went there because we are Mexican and had no proof we lived here because we had school IDs from East LA.

They welcomed me. My name was strange, so they had trouble pronouncing it, but that’s boyhood. But, I heard a group of guys, who I thought were friends, and they were talking about “the beaner.” When I got up to see who they were talking about, I found out they were talking about me. It was a WASP (white, Anglo-Saxon, Protestant) community, so you would hear jokes, put-downs, racial slurs, name calling to Jews, Italians, Japanese Americans, Blacks, Mexicans, Catholics. Anyone who wasn’t a WASP wasn’t quite an outcast, but kind of on the edge. [Being anything other than a WASP] wasn’t something that gave you any credit. I didn’t hear anything from adults, but from kids, it was always a put-down or a joke. “You gotta get across the border.” “What are you doing here?” “Watch out, I just saw border patrol.”

How do you think South Pasadena has changed since the 1950s and 1960s? Have we gotten better?

The main change is that there are more of us now. This town used to be 99% white when I got here. So, the racial mix is different in South Pasadena now, except for Blacks. But you don’t feel like such a loner.

How do your experiences with racism still affect your life?

What they call microaggressions today, [they] stay with you a long time. If you experience them, you’re put down because of your race or for being a woman or for being gay or lesbian, for being different, somehow that makes you less rather than makes you more. Those stay with you.