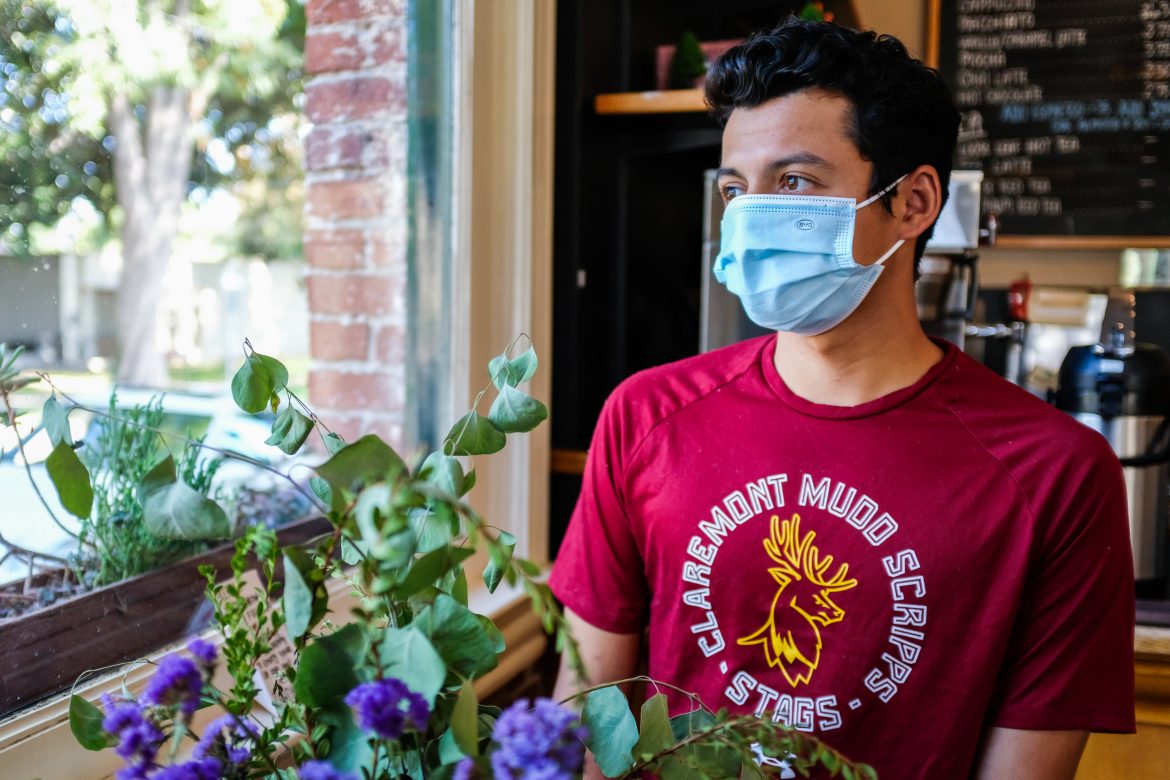 Recent SPHS grad Alekz Grijalva shares his experiences with racial profiling and insight about what the community can do to amplify voices of color.

Alekzander Grijalva (SPHS class of 2019) is an extremely accomplished student and member of the South Pasadena community, yet he still finds himself reduced to the harmful stereotypes surrounding his Latinx identity.  Grijalva spoke to Tiger, detailing his belief that the spotlight rarely shines on people of color such as himself who want to share their stories and experiences with racism.

Can you detail your personal experiences with racism in the South Pasadena community?

Alekzander Grijalva: I like to get my runs done in the evening because it’s cooler. I was out for my run around Arroyo Blvd near Trader Joe’s and Orange Grove park. The neighborhood watch patrols that area at night and I think they have a car that goes with them and I was followed by the car for somewhere between thirty seconds to two minutes.

I wasn’t the only runner out there, but I was the only person of color. I was even wearing bright neon running shoes and bright clothes to make it obvious that I was a runner, but I still got followed to the point where it got really awkward, so I came to a full stop on the sidewalk and the car stopped on the opposite side of the street. I couldn’t see very well in the dark but they were staring at me… I wanted to say something and question why I was being followed but I couldn’t muster the courage.

I was walking with a friend immediately after school briefly before he was picked up by his friends. I was with one of my Chinese friends and his parents are full Chinese. His parents asked him in the car why he was hanging out with me, as in a brown student at SPHS, that they felt uncomfortable and he shouldn’t be hanging out with me. He told them that we were in the same math class which was the most advanced math class that the school offers. They were okay with us hanging out after he told them that I was in an advanced class with him. It was indirect racism. They assumed that because I was a brown student in South Pas that I wasn’t a good influence on him because I wasn’t in the same classes as him.

How have these experiences impacted how you see yourself?

I don’t feel as welcomed in the general community. When I was running [at SPHS] I felt part of the team and kind of integrated there, and part of the city. But, after the neighborhood watch incident… there isn’t really anything that I could or should have to do. That makes me feel more uncomfortable exercising or being outdoors alone. With the parent incident, it was disturbing, because there are not a ton of minority students in South Pas, but there are a ton of outstanding students and it’s disturbing that parents would make that assumption.

How have these experiences impacted how you see South Pasadena?

The South Pasadena High School community is a bit of a bubble from the rest of the community. There is actually quite a bit of racism and racist history [within the city] that kind of seems to have gone unaddressed by the school. I think the school feels like it’s a relatively safe space, but it’s opened my eyes that that’s not really how South Pasadena at large is.”

How have these experiences impacted the way you see your own culture?

It hasn’t made me feel shameful. People of color, our stories, our success stories, go unheard a lot. Those stories need to be heard. POC are doing things.

For your experiences of racism on campus– have they hindered your ability to perform academically?

It takes a certain amount of self confidence to run for positions that the school votes on. It’s discouraging trying to rally the opinions of the school when you know that there are people who hate your people.

Have your experiences hindered your ability to connect with others socially?

Especially with my experience with my friend after school, it makes you second guess the friendships you make because you wonder… “If I hang out with this person are people going to give me looks?”…. inside or outside of the SPHS walls. I am lucky enough to have teachers that I am comfortable with. But, at other schools I’ve been to, it’s definitely made a difference, so I imagine that with some of the other staff it might not be as easy. There are a lot of white teachers and staff. It could be intimidating socially with making friends and stuff like that.

What are the racist things that have been said to you that strike you the most?

I’ve heard “Go back to El Sereno” multiple times. There was one time when we were walking and some guy came out of his house and said that, and I was the only brown person there. To hear that kind of thing twice, it’s obviously racism, but it’s also very unwelcoming and aggressive, so that’s been the one that stuck with me. At first, I hadn’t heard it before and I thought it was unique to that person, but when you hear it again, it’s just really weird and harmful.

In your opinion, do you feel like SPHS has taken a satisfactory amount of action to combat racial prejudice on campus and in the community?

No, I honestly don’t. I think that a lot of conversation has been student led and even then there haven’t been any major statements by the highest administration of the school or any teachers on an individual basis. No workshops or educational events on racism so I think there’s been pretty minimal things that I’ve experienced personally.

In your ideal school, what do you think is the best thing that they can do to prevent racism?

I think the school should have workshops, at the beginning of the year and throughout the year about microaggressions and forms of subtle racism. I think that that tends to be the most common [form of racism experienced] by far. They are pretty harmful and I don’t think that a lot of people would recognize them if they heard them. I also think that people of color’s stories and voices should be amplified. The newspaper is a great way to do that, like with this right now, sharing stories to further educate the community.

What do you do to cope with the negative effects racism has on yourself and your life?

At first it’s a lot of anger. I’ve gone on a run to let off some steam. I’ll tell other people who I’ve shared stories of racism with and who’ve shared them back to connect. I tend to isolate a little bit just to think about it more, and I think eventually the anger goes away. It’s more frustration and even sadness. I think it takes friends, affirmation and things like that to cope with it.

I think there’s not a ton we can do about the diversity of the student body. But, there’s a lot of room for improvement in higher levels of administration and the school board. POC’s stories should be amplified more, not only by the school, but by the community. As a POC, it is always in the back of your mind and you experience these things all the time. Having it in the back of your mind as a white person can check your privilege. Ask a POC, take a step to educate yourself, that sort of will go a really long way.